Kunming driver boldly goes where few have before 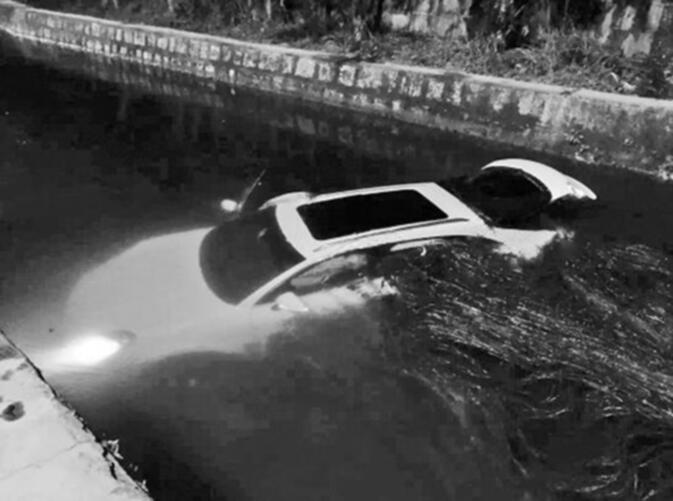 Living in China, some things cease to surprise. The odd, unusual and unexplainable often become mundane aspects of daily life. One such example occurred earlier this week along the Jinzhi River (金汁河) in northern Kunming. At approximately 9pm, pedestrians came upon an unusual sight — a Porsche Cayenne floating in the water, having 'crashed' there moments before.

The passersby witnessed three individuals — two men and one woman — slowly force their way out of the automobile, and swim to the river's edge, where they were then helped out of the water. This was fortunate, as within minutes, the car was completely submerged in two meters of water. Emergency services, including police and fire departments, arrived shortly thereafter in order to tend to the situation.

Luckily, no one was injured. The three victims' health ascertained, questions turned to how the accident occurred. Apparently, the three had been out for an evening of food, drinks and hearty socialization. When the fun came to an end, and it was time to return home, the two men found themselves too intoxicated to drive safely.

In a responsible manner, they turned to their female companion, who reportedly had remained sober in spite of the evening's festivities. As it turned out, this was no more a safe move than if the men had driven. According to local media reports, the woman was unfamiliar with the area — located in north Kunming's Beichen area — and had a hard time navigating the drive. In a case where everyone made the correct decisions, the trio nevertheless found themselves in the middle of a small river.

As it turns out, this story is not particularly unique. Police reports state this is the third or fourth occurrence of its type in the past year, and blame a lack of safety barriers along the waterway. Nonetheless, police have yet to rule out the fault of the driver. The result is pending based on a blood alcohol test given to the driver. No updates have been issued on whether or not the car remains submerged.

Kunming has a bit of a past with drivers taking their cars to strange places. Cars parked or driving down sidewalks is not a particularly uncommon sight. But the city's most notorious act of improper driving occurred in 2011, when a grumpy and self-entitled man attempted to drive his car across an elevated walkway, honking at pedestrians along the way.

I.e. one of the men was driving and they blamed the woman.

hahahaa, should have taken a taxi! I wonder if their insurance covers such events?

I've even heard there are services that have sober people roaming around the city. If you get in a drunken crash you can ca them they can try to get someone there to play "driver" before the police show up.

taking off road driving to the next level

It's good driving etiquette to dip your headlights at night.

Skyrocketing insurance rates are the result of these idiots.

Are auto insurance rates high here and rising? 'These idiots' means, what, people who drive into rivers?