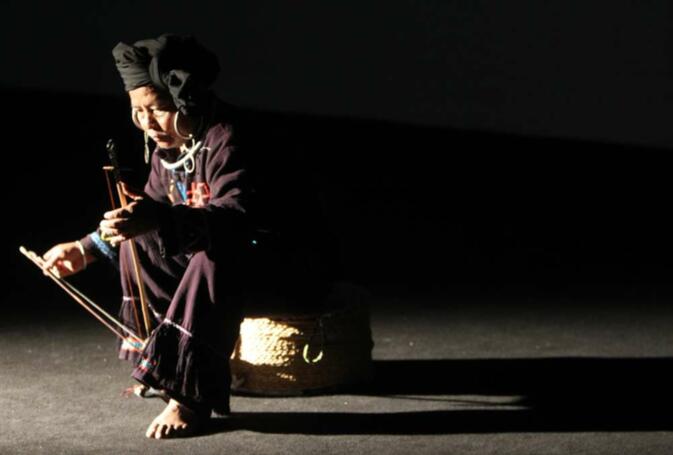 Yuansheng Studio (源生坊), a local non-profit dedicated to the preservation of Yunnan's ethnic cultural heritage, is holding the Yuansheng Music and Dance Festival this week, bringing some 250 traditional singers, dancers, instrumentalists and village priests to the city for three days of performances followed by educational exchanges.

Founded nearly a decade ago after a US tour that presented music and dance across the east coast, Yuansheng provides financial support to elders of Yunnan's various ethnic groups across the countryside striving to engage the younger generations to carry on their local knowledge and musical traditions. Founder Liu Xiaojin (刘晓津) first became involved in cultural preservation in the 1990s while working as a documentary filmmaker. She explains:

Even then, this traditional knowledge was disappearing at an alarming rate. Young adults were flocking to the cities to find work, and their children were drawn to the pop culture fed to them by the TV. These things mainly survive now only in the memories of the elders. When an old person dies in these villages, it means the loss of another song, another legend, another piece of the language. 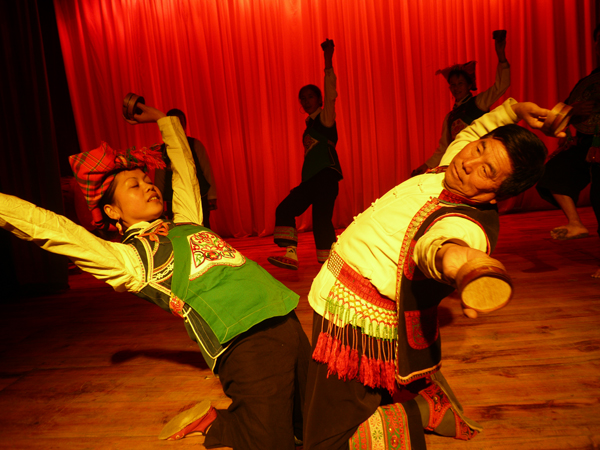 Much of the pressure bearing down on traditional ethnic culture is external: poverty, the lure of urban jobs, and policies focused on poverty alleviation above all else. Yuansheng's goal is to provide a little outside help in hopes of tipping the scales. Their approach is to identify carriers of traditional knowledge and enlist them to organize classes in traditional music, dance, language and instrument-making. The teachers, as well as the students, are paid a stipend that helps to supplement farming incomes.

It is still hard to compete with the income offered by city jobs. Across the Chinese countryside, villages often sit nearly empty, populated by only grandparents and children, the majority of able-bodied adults spending most of the year manning factories, construction sites and restaurants in the cities, coming home only for Chinese New Year in what has been labeled the greatest mass human migration in the world.

The laborers from China's minority groups are often quick to shed their ethnic clothing and customs in an effort to blend in. Spending so much time away from home, they also miss many opportunities to pick up and pass on the rites of passage on which local cultural knowledge depends. 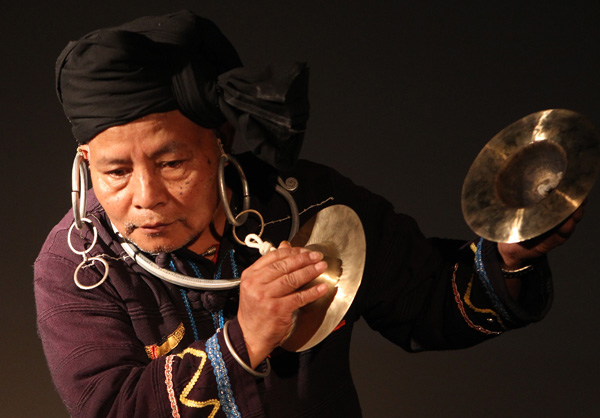 Yuansheng also organizes frequent performances by its affiliate students and teachers in cities, visiting art centers, universities and conservatories. The intention is not only to spread awareness in urban areas, but also to give people in the countryside a deeper sense of the value of their own traditions. Says Liu:

Young people often emulate the culture of the cities, but when they see their neighbors invited to perform at concert halls and art spaces, and see them treated as respected artists, they realize that their own traditions have value in the modern world.

This week's Yuansheng Music and Dance Festival is the first time the organization has held such a large-scale event. In addition to coordinating with existing Yuansheng programs, the organization also sent field workers to scour the province for new performers and new material. 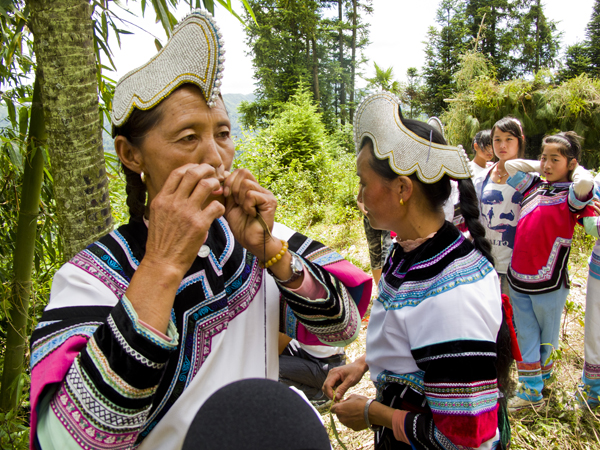 The event, which also includes performances and lectures at various Kunming universities, hopes to spread awareness in Kunming, but is equally aimed at the performers themselves. As Liu says:

We are bringing 250 performers together, and for most of them, this will be their first opportunity to meet like minded people from other parts of the province. We have reserved seats for them in the theater, and worked to provide opportunities for them to trade experiences and insight. In the end, they are the ones working on the front lines.

Performances will be held on Monday, Tuesday and Wednesday at the Kunming Theater, with shows at 9:30am, 2:30pm and 7:30pm. Tickets are free, but must be reserved in advance. A full performance schedule is available at Yuansheng's website. Reservations can be made by sending name, program number, number of seats and phone number to the Yuansheng WeChat account, or by sending an email to jeff[at]crosbyart[dot]com. 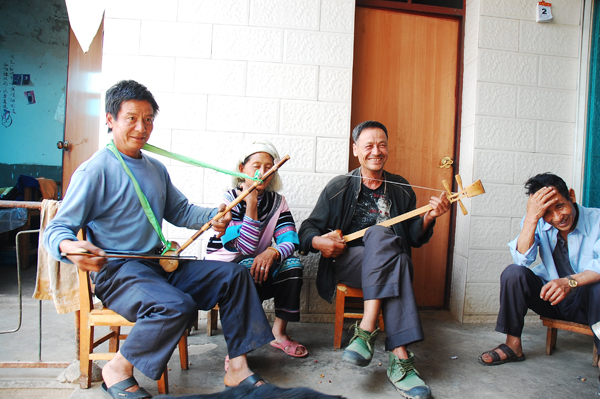 Thanks Jeff and GoK for the write-up before festivities! It's sometimes frustrating to know of these kinds of events after the fact.

Second that, and good work by Yuansheng Studios.

All good, Jeff. But who does the choreography?

Choreograhy? Which part? From ancient Greek "circular dance = χορεία the writing = mγραφή, its 2 words in one

Caught the last section yesterday. It was excellent! Some real surprises, not just chanting and ethnic costumes.

If you have time today, get down to the Kunming Theatre on the west side of Qingnian Lu between Renmin Lu and Dongfeng Lu for sessions beginning at 9:30AM, 2:30PM or 7:30PM.

It's pretty apparent from the age of performers that even these performances that have garnered enough interest to visit Kunming are largely endangered.

In answer to your question, there is as little choreography as possible to show the music and dance as close as can be to its original state.