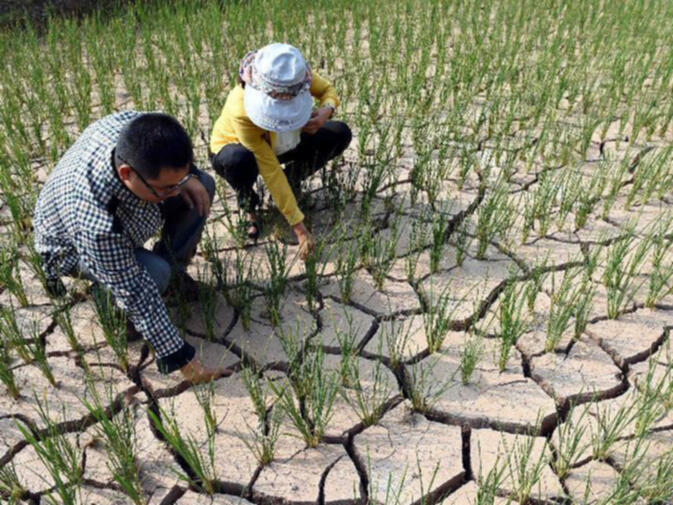 Walking through Kunming on a warm sunny day, a casual observer would find little trace of the drought that parched much of the province for half a decade. Running water and frequent rains stand in stark contrast to the water shortages once a constant nuisance for residents of the Spring City. Other parts of Yunnan, however, are not so lucky, experiencing wildly juxtaposed weather, including flash floods and scorching droughts.

With the end of the winter dry season in May, northwest Yunnan has experienced increasingly dire water shortages. Persistently high temperatures and low precipitation levels are cause for concern to government officials in areas including Chuxiong, Dali, Lijiang and parts of the Nu river valley. Empty irrigation ponds, cracked earth and withered crops have become daily phenomena in these regions.

The city of Chuxiong, for example, reports cumulative rainfall of less than 60 percent the normal values over the past three months. In some nearby hamlets, recorded rainfall between May and July is lower than during any summer since 1967. Making matters worse, many reservoirs in the Chuxiong area are drying up. The mayor of Donghua (东华), a village five kilometers southeast of Chuxiong, told reporters his town's largest reservoir currently holds less than two percent of its typical capacity.

Water rationing in and around the city has left villagers queuing for hours in the morning for access to wells. Given the agricultural dependence of these areas on tobacco and rice, many farmers need to drive long distances to drag water back to their farms. Numerous rice paddies have already closed down, as the city reports of 1,000 hectares of completely desiccated farmland.

Rain during summer seasons is by no means unexpected in southern Yunnan. Neither, at least recently, are regional droughts that sometimes sweep through the province. The occurrence of the two simultaneously and so close in geographic distance — especially with Kunming enjoying completely predictable seasonal weather — is, however, a rare occurrence.

This article is 2 weeks old at the least; it's been raining steadily for 2 weeks now in the north west..

sounds like some sort of pump is in order. Or better agricultural practices to hedge against the inevitable consequences of climate change, to help mitigate it and to protect the highlands that are so essential to our water.

So much far the claims "there's no global warming"!!!

there no climate change