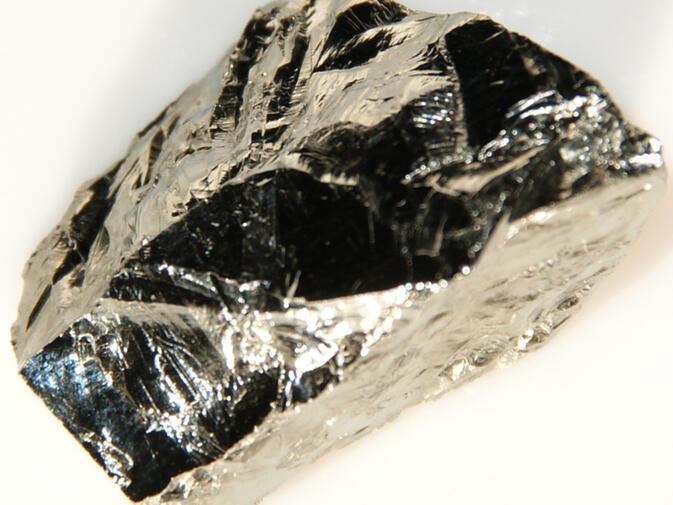 The Kunming Fanya Non-ferrous Metal Exchange (FYME) is the world's largest and wealthiest trading platform for rare earth elements. At least that is what shareholders believed until the exchange issued a trading halt for most of its commodities. The Kunming trading house now stands accused of failing to facilitate the selling of futures options worth billions, causing investors to publicly protest and threaten legal action.

Last week, an estimated 800 people gathered outside Fanya headquarters on Kunming's Chongren Street (崇仁街). They demanded to know why they had not been allowed to buy or sell futures that had previously been "guaranteed at any time". Three days later, a similar group showed up at FYME's Shanghai branch.

The protestors represent only a tiny fraction of the 220,000 people nationwide who have a combined 40 billion yuan (US$6.43 billion) tied up in the exchange. Many now claim they cannot access their investments. However, a trading house spokesman made the somewhat perplexing claim that FYME's liquidity was not at issue, but that producing billions of yuan in a short time was difficult. Deng Siji, FYME brand director, told website Global Times:

FYME actually has no payment obligation to investors since it is just a trading platform that provides buying, selling and financing services for enterprises, as well as minor metal investment services. But FYME has been working with investors and companies, and seeking government support, to solve a crisis caused by a high level of investor redemptions.

The run on the market has been caused by at least two factors, not the least of which is an incredibly volatile financial climate across China. Deng also blamed what he labeled "malicious" short-selling by large investment firms. This has led to Fanya's Metal Index composite losing a quarter of its value over the past five months.

Fanya was founded in 2011, and remains China's only government sanctioned non-ferrous metal stock exchange. It experienced massive investment over the past five years by offering a limited portfolio of futures options in obscure elements such as indium and germanium. Business in 2015 had been brisk, with a year-to-date turnover of 325.7 billion yuan (US$52.3 billion). However, the trading house's main index began to fall precipitously in February, and continues to do so now.

It remains unclear if FYME is somehow insolvent and the provincial government seems wary to become involved. Local reporters, investigating Fanya's situation at the Yunnan Securities Regulatory Bureau, were told the exchange did not fall under that agency's purview. Instead, journalists were directed to a second government office, which also claimed no jurisdiction.

The tide has turned on China.

I have run an exchange for the last four years. It is considered normal to take full payment from brokers or individual market participants when accepting a buy order.

There are only two cases in which the described situation can emerge.

First, in some cases leverage is offered directly by the exchange (eg. 'You can put 5,000元 on the table but we let you invest up to 15,000元 (with extra fees)' ) as a means to increase liquidity (ie. overall trading volume) on the exchange. This is particularly the case on specific assets. Sometimes, fees are reduced or waived for certain market participants who are known as 'market makers' in exchange for a certain minimum amount of activity which facilitates a base liquidity to make the exchange attractive to others.

The second possibility, which sounds more likely, is that the Kunming operation in question has been 'double dipping' by claiming the customer funds as deposits for market positions, storing them in customer-linked accounts while actually spending the money on other things behind the scenes. Now, when some major portion of investors want out, there is frankly not enough cash available to provide. This is not necessarily illegal behavior, it's exactly the same type that UK banks were caught red handed for a few years earlier. In response the UK government enforced strict delineation between consumer banking and investment banking such that customer funds could not be gambled freely by the institution, and increased minimum deposit requirements for funds that are re-invested (ie. % of potential loss is smaller).

It's also possible that they do have the money tied up in other assets (eg. real estate) and just can't lay their hands on it so quickly.

Isn't futures trading sociopathological to begin with? I don't know about these things.

it is pretty obvious you dont know what you are talking about - again. so why chime in with yout agenda agian?

nothing do to with article, just prattleing on the old hobby horse again. not worth the effort to answer

@dazzer: You're right, this isn't the place to explain, mea culpa. Worth thinking about though.

Futures trading was invented as a hedge for those producing the resources. E.g. as a rubber farmer, you would be guaranteed a price for your rubber if you had a future contract with a buyer. The buyer bets that not only does he obtain the product, but he also gets it for the price he was willing to pay and is in modern times of course betting that the market price will be higher than what the future contract stipulates.

@bluppfisk: Thanks, that's about what I thought. Seems to involve a lot of gambling that intimately affects the lives of those who aren't interested in, or who are economically prevented from, playing such games. I think it pisses people off, especially when they are forced to lose.

@Alien. Did you actually try to interpret what bluppfisk wrote or did your agenda and preconceived notions just take over?

In his example, the farmer is actually insuring himself a set price in a future date despite all the uncertainty that could happen till that time. That's insurance, not gambling.

@Alex: The buyer is betting on the future market price, no? On a small or limited scale this might not be so important, but futures trading is massive, isn't it? Don't tails sometimes wag dogs?

We cant live our lives without commodities futures. If you cant guarantee the future price, the farmer is forced to speculate and might grow something else instead, leading to unmanageable swings in supply and demand.
Rare earth metals, however..might be a bit of a bubble? Could be that some people buy it just because its rare. Maybe this stuff so rare that it has no practical use.

@Alien: Futures provide liquidity. This helps people who want to sell to find a matching buyer on the market - thus, it's helping society and the economy.
However, some people use them for gambling and hope for making money quickly, rather than invest conservatively and apply proper risk management techniques. Like this, they can lose a lot if not all of their money, which causes really sad situations.
If bankers do that because they know that they get a high bonus if they win and lose nothing if they lose, it causes a moral hazard harms society. This might be, as you call it, sociopathological behavior. To prevent this, most banks changed their bonus schemes after 2008 and deferred paying bonuses so that losses caused by sociopaths can be recollected from their accrued bonuses.

All in all, futures are not the problem - insufficient risk management and wrong incentive structures are. In the end, this boils down to a lack of education of many bank managers who don't understand important statistical concepts - like kurtosis ;)

So this makes the entire situation even more confused in my mind.

The exchange has physical stockpiles of rare metals and investors are apparently trying to take them.

if you dont trust them not to go bust then take what you ahve bought in stock. think this is not unusual in china. hear of people being owed pay and removing goods in same value and it is legal. police will not intervene.