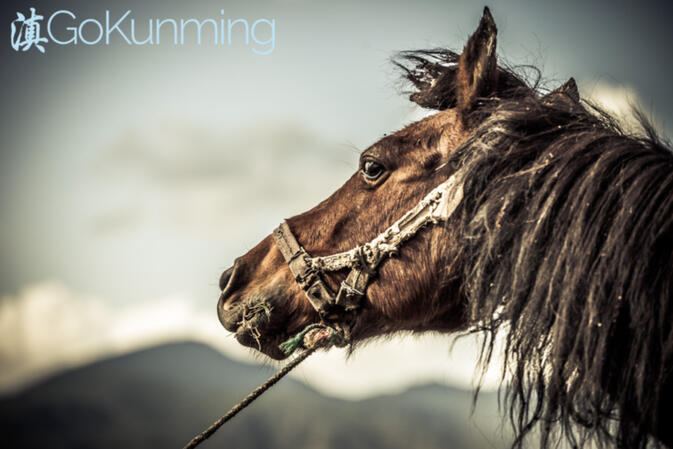 Almost anyone who has been to Dali or Lijiang has been offered a horse riding tour. These are often advertised, certainly to foreign tourists, through heavily accented shouts in broken or inscrutable English. Usually, the encounters are at least somewhat entertaining — a way for visitors to interact with, and perhaps get to know, locals.

This was not the experience recently with a woman from Xinjiang surnamed Chen, who claims she and her family were severely beaten after refusing to pay for horseback rides outside of Lijiang. The incident only recently came to light after Chen was discharged from the hospital following ten days of recuperation.

The dispute reportedly began when members of Chen's family took umbrage with their hired driver after he made an unplanned stopped at a horse track on Yulong Snow Mountain. After refusing to pay 100 yuan each for horse rides they never arranged, Chen maintains she was attacked by "a dozen men" and beaten for several minutes.

Bystanders took photos of her lying prone on the ground, which Chen has presented as evidence of her assault. In addition to a concussion, she was treated at a Lijiang hospital for a broken hand. Chen also claims her 76 year-old father was injured during the fracas. The local Public Security Bureau (PSB) reported horse track staff received facial lacerations and at least one employee incurred cracked ribs.

Chen is asking for 60,000 yuan (US$9,685) in compensatory damages to pay for her hospital stay and mental anguish. After approaching a tourism bureau with her claims, Chen says was turned away because the amount she requested was deemed too high. She then went to local police in an effort to collect restitution, so far to no avail.

Typical of such situations in Yunnan, no specific legal action has been taken by the police and no arrests have been made. The Yulong County PSB launched an investigation more than a week after the fight occurred but, as yet, has not issued any findings.

Circumstances such as Chen's are a relative rarity in Yunnan, despite being one of the most visited places in China. However, when things do go wrong, it is often national news. The most recent example took place early this year during Spring Festival when tourists visiting Jiaozi Snow Mountain were attacked by angry workers with bricks for failing to extinguish their cigarettes in a timely manner.

What's behind this kind of thing? Are some of the tourist-business people gangsterish or what? Arrogant attitudes of tourists towards locals? Anybody lived in Lijiang who might know?

Did they ride the horses or not?

"After refusing to pay 100 yuan each for horse rides they never arranged."

Where is Beijing's law in this matter??

There are definitely thugs posing as tour operators in China. Luckily, it's the exception. In Vietnam they just pull out knives, then the tourists pay up.

take pictures of the thugs, post them online until they go out of business and eat horse poop for the rest of their lives.