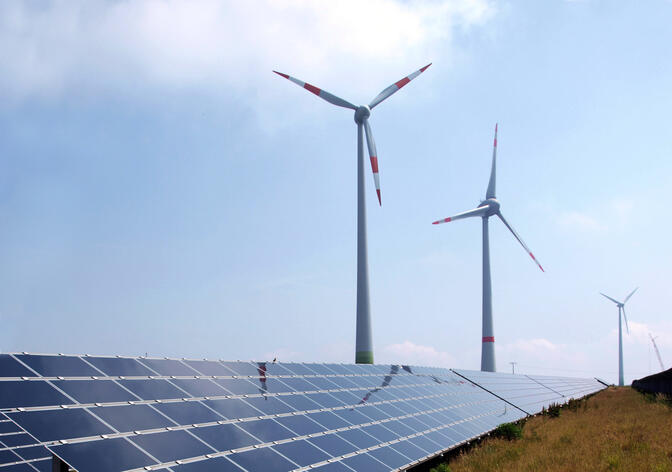 Kunming has long enjoyed a reputation around China as having a mild climate and fresh air. While the latter part of that characterization has been put to the test in recent years by an almost rabid obsession with construction, it appears municipal officials are attempting to establish a newfound commitment to sustainable and eco-friendly growth.

A new report released over the weekend by website Kunming Harbor outlines in very broad strokes how the Spring City plans to embrace a low-carbon blueprint for many sectors of its economy. Although not an all-encompassing strategy, the plan does touch on everything from attracting low-carbon ventures to "de-emphasizing dependence [...] on outmoded heavy industry".

Taking its cues from policies implemented in sister city Zürich, and building on existing conditions, the Kunming Development and Reform Commission is looking to attract more green businesses and attempt to refocus growth to a more service-based economy. This will involve phasing out "low-end manufacturing" and centering instead on ecotourism, trade and logistics, new energy, retail, green construction, optoelectronics and biotechnology.

Special attention will be payed to exploiting the Kunming's existing renewable resources. One example of this is solar water heating, which in 2013 produced 53 percent of the hot water consumed across the city. The municipality, which sprawls over 21,000 square kilometers, is home to 130 corporations specializing in the development of photovoltaic technology, and that number is expected to grow as the city offers incentives to coax other companies to set up shop here.

Wind power is another key component of what has been referred to as the emerging "sunshine economy". Kunming's energy supply is augmented by six wind farms, according to the Kunming Harbor report. However, an additional 70 similar facilities are under consideration by the government and, if built, would significantly increase green energy generation, which currently accounts for 18 percent of the city's use.

Not merely concerned with industry, the plan also outlines methods to increase Kunming's biomass economy — a concept involving increased green space utilized as a form of low-budget and aesthetically pleasing carbon sequestration. Projects in this vane, such as wetland restoration on the banks of Dianchi Lake and a reforestation campaign on Changchong Mountain are already underway.

Many of the green concepts behind the new policies were generated by 10 million yuan (US$1.63 million) in grant money set aside by the municipal government in 2013 and awarded to companies and individuals with innovative ideas. Out of those grants came pilot programs involving recycling kitchen waste into biofuel and the construction of expanded waste-to-energy plant.

Highlighting the kind of businesses city planners are hoping to attract, it was announced last week that one of China's largest domestic vehicle maker, JAC Motors, will manufacture 3,000 green buses per year at a facility owned and operated by the Kunming Bus Manufacturing Company. It remains unclear if any of these buses will eventually ply Spring City streets.

There isn't much manufacturing to begin with in Kunming to phase out. But I'm all for those green buses.

They need to phase out vehicle that uses that high-sulfur diesel fuel. That stuff is disgusting.

All this development and they cant open up new schools......

It seems it's a never ending drive to get more energy; why not try to save energy.

A simple foam insulation covering a hot water pipe embedded in concrete can save a lot of energy in addition of a circulating system to reuse the otherwise wasted water waiting for the hot water to arrive..

Stop talking sense Mike. For China to be able to continue claiming it is a developing nation (and hence shirk all international responsibilities) it must continue to grow stupidly while acting inefficiently. All attempts at greening some part of their economy at the moment are token offerings used to accelerate growth (creating new markets) and use as weapons in any environmental negotiations.

Insulation, how about replacing the entire walls of single pane glass windows with smaller insulated double pane ones. Would make homes cooler in summer, warmer in winter and would allow people to actually sleep at night without all the noise.

I think any move in this direction is a good one, although I doubt that any of these projects will be good enough. Anybody know figures on the amount of air pollution that the increasingly large number of private cars produces here?

Before arriving in China, I had read a lot of articles and news stories about China investing heavily in green tech. I was very surprised to see no solar panels or wind turbines in Kunming. Only when I went to Dali did I see street lights power by wind and sun. A missed opportunity.

Kunming does invest, but the results are usually no where to be seen. Just look at all the new enlarged sewer pipes literally spewing shit all over the road.

Also look at the roads that were just recently redone. In the north they aren't even a year old and the top layer is rapidly decaying. When the holes get big enough to do serious damage to small cars they just put a traffic cone in it....

Almost all homes in southern and eastern china have solar water heating now. But not photovoltaic cells yet.
Many new roads in Kunming have the streetlights with wind and solar charging. however the environmental impact of replacing old serviceable units (that have already left a footprint making them) with new (including their own footprint) is a tough call.
One of the reasons why China is leading in green energy is that there is so much new infrastructure to be put in place. Unlike the US and EU that have a huge legacy system that would be very expensive to phase out and replace.