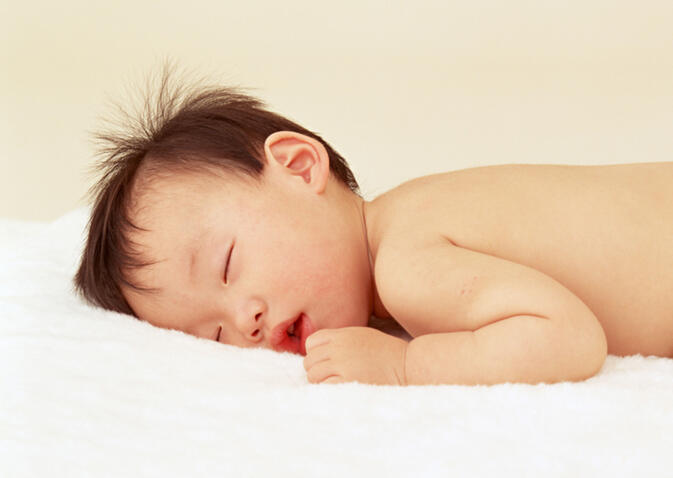 A curious wood paneled building has been constructed just outside of a hospital gate in Kunming. Resembling a quaint summer bungalow more than a medical facility, the one-room cabin is Yunnan's first 'baby refuge' — a place where overwhelmed caretakers can anonymously abandon their young children without fear of repercussion.

Opened April 21 outside of the Kunming Child Welfare Hospital, the three-meter square structure contains an incubator, hospital gurney, crib, futon and first aid supplies. It is also climate controlled and furnished with hospital-grade ultraviolet sanitation equipment. On outside walls, placards detail China's laws against child endangerment alongside contact information for community outreach programs. Noticeably absent from the scene are staff members, and that is largely the point.

When someone enters the refuge, referred to in Chinese as ying'er anquandao (婴儿安全岛), they trigger a delayed alert signal inside the welfare hospital. The alarm arouses a furious response — hospital security is notified and after a cursory check of the refuge, immediately summon on-call emergency nurses and local police officers. All are tasked with arriving on the scene in less than five minutes.

Assuming an infant has been left in the refuge, medical staff must ascertain whether the child requires immediate treatment by conducting a hasty physical examination. Basic triage care can be administered inside the refuge, before the child is transported to the neighboring hospital for additional treatment.

Following numerous test runs conducted before the refuge opened, health center officials have said the entire process takes no more than 20 minutes. Following their admittance to the hospital, infants are assigned social workers who attempt to place them in a new home. Where a child ends up is largely dependent on the child's age and the availability of beds in orphanages or foster homes.

Kunming is not the only city in China to open a baby refuge. Similar projects exist in 28 cities and municipalities around the country. The first pilot program of this sort was launched in Shijiazhuang (石家庄), capital of Hebei province, in 2011.

Although most abandoned babies in China were once girls, that trend seems to be changing. A Reuters report from earlier this year cites government statistics that estimate at least 10,000 newborns and infants are "given up" annually in China. The majority of those now given up are physically or mentally handicapped or have been born with life-threatening illnesses.

Baby refuges are not without their detractors. Critics maintain the centers facilitate irresponsibility and point to a failed endeavor in southern China that was forced to close. A baby refuge in the city of Guangzhou was overwhelmed with 262 abandoned children and operations were suspended just 48 days after opening. Its reopening is pending contingent on an expansion of the city's social service programs.

The purpose of the Kunming facility, according to Lai Wenbin (赖文斌), Deputy director of the Kunming Children's Welfare Office, is not specifically to encourage or discourage a particular behavior. Instead, she maintains, the facility exists to address an existing social problem. "The primary reason the refuge was established is to protect the lives of infant children".

Is this a good idea? Pros & cons?
Anyway, I think not getting pregnant is probably a better one.

Seems to me to encourage anyone with parenting difficulties, rather than going through the hard work as most parents do, the child can be given up with little shame :(
Don't see this as a good thing, surely better ways!

I'd rather see a baby given up in this way then to see it flushed down the toilet or left out in the cold to freeze to death or worse. There are so many couples that want children and can't have them. Why not give them a chance too?

@Liumingke: Good point - better to share the babies we got than to keep producing more & more - world is getting crowded.

with zero sex ed and bastards beint illegal and country girls coming to the city with unwanted pregnancy and lots of sex workers who get pregnanat. yes there is a real need esp when an unwanted pregnancy can be forcibly terminated (scary).

I agree with liumingke, there will be more and more couples that cannot have children as the pollution in China means many reproductive toxins are in the food system causing huge issues. While it may not currently be socially acceptable to adopt children, this may change with couples unable to conceive and a ready supply of healthy young women (particularly those in university conceiving as a result of non existent sex ed) giving up their babies at a young age. Add to this the newer social pressures of women having careers and having babies later and later, subsequently not being able too as they wait too long. Surely this will just facilitate a demand with a supply and in the end cause the necessary change in cultural norms. Well, one can hope.

Actually, adopting babies has long been socially acceptable in China, it's just that most adoptions have traditionally been adopted from relatives or within villages, etc. But the long tradition of respect for extended family relations has had the flip side of suspicion of outsiders & their offspring. In the past, too, dire poverty has meant that women have had to give up children to those who could afford to take care of them. Dire poverty also contributed to infanticide, especially female infanticide. Chinese society has been through a lot.

Quite a few countries have these "baby hatches". I wonder if the main aim in China is to protect unwanted girls?

Where exactly is this Children's Hospital. As always, articles that fail to answer the 5Ws.

Its in the north east, near the intersection of Bailong road and East 3rd ring road.

And they have had their first customer,, a baby girl.

Thanks, I have a student who was abandoned and later adopted. I have spoken with the parents at length and they agreed to let the teenage girl visit this site. She has many questions about her past and this is just one step in helping her find her roots/identity and also knowing she is not alone.

Are these children adoptable? Any information on what happens to the children is appreciated. I would love to be able to adopt a child within china.

As a foreigner in China I heard its harder to adopt in China than if you live in Guowailand.

@HFCAMPO if the parents know which orphanage she stayed in before placement then she should visit it. Maybe some of the staff from that time are still there.

It is good. Some parents such as single woman are very poor and cannot support a child properly even if they want to.

Then what is the result? Another generation miserable?

This is the modern humanitarian concept to solve the modern society problem. In the old days the family or villagers can help, now many people have no one, particularly the poor people forced from village to city and living on the street.

It seems most people dont know anything about single mothers in China.
Here are two good article that sum it up:
www.globaltimes.cn/content/790393.shtml
www.theguardian.com/[...]

On top, without marriage certificate technically you are not allowed to have children. They have to pay huge fines on an annual basis, the child doesnt get a hukou. It was even big on the news the other day. A mother in Hubei couldnt afford to pay the fines and the father was unwilling to marry her, so the 8 year old girl is still not able to go to school and so on.
Besides, the marriage law says:
"Article 6 No marriage may be contracted before the man has reached 22 years of age and the woman 20 years of age."
"Article 7 No marriage may be contracted under any of the following circumstances:
(2) if the man or the woman is suffering from any disease which is regarded by medical science as rending a person unfit for marriage."
Besides, the Chinese government offers a little financial bonus for every woman who gets sterilized after her 1st child.

I wonder what diseases are regarded by "medical science" as "rending a person unfit for marriage"??

@ Ocean: Just have a look on the Law of the People's Republic of China on Maternal and Infant Health Care, "Chapter II Pre-marital Health Care"
" Article 8 Pre-marital medical examination shall include the examination of the following diseases: genetic diseases of a serious nature; target infectious diseases; and relevant mental diseases."

It's not definite and leaves too much room for interpretation. So it can also apply for colour blind people, people with learning difficulties, people with big moles or large port-wine staines or any other kind of "diseases" that could be passed on the offspring. Doesnt matter whether it's actually from the medical point of view (Western standarts) hereditary or not.

And "Article 16 If a physician detects or suspects that a married couple in their child-bearing age suffer from genetic disease of a serious nature, the physician shall give them medical advice, according to which the said couple shall take corresponding measures." (abortion/sterilization)

Anyway, there are a lot of good reasons to leave the baby in the 'baby refuge'. Most of them doesnt have anything to do with whether you want to be a mother or not.