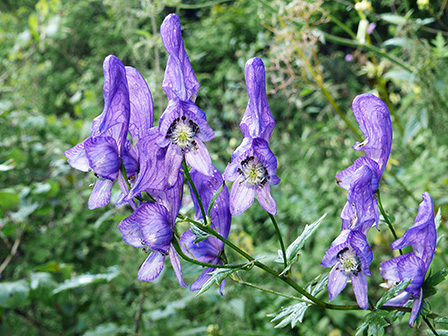 A lawsuit filed March 20 against what is perhaps China's most famous traditional medicine producer alleges Yunnan Baiyao (云南白药) powder formulations contain toxic components not disclosed on its packaging. The suit, submitted to a Liaoning court, claims the omission of alkaloid ingredients included in the medicine needlessly endangers consumer health.

Wang Hai (王海), a self-styled consumer rights activist, accused the pharmaceutical giant of violating Chinese law regarding drug labels. He explained to the court that while packaging of Yunnan Baiyao powder sold outside of China contains an active ingredients list, no such catalogue is available to Chinese buyers. Wang went on to claim that Yunnan Baiyao contains dangerous levels of the toxin aconitine.

The lawsuit requests Yunnan Baiyao recall all products that include aconitine. Wang is also seeking damages totaling 11.5 yuan (US$1.85) — the price he paid for one package of the medicine in question. The civil action adds to Yunnan Baiyao's growing list of recent legal woes.

Hong Kong authorities ordered a comprehensive recall of the drug maker's products on February 5 due to safety concerns. The following day the corporation released a statement disclosing some of its products contain organic components extracted from plants of the genus Aconitum — referred to collectively as 'wolf's bane'.

Plants of this genus contain the toxin aconitine, which has been used for centuries as a poison by hunters around the world. In strong enough doses, aconitine causes an accelerated heartbeat that can lead to cardiac arrest. The plants are utilized in both traditional Chinese and Indian medicines for their analgesic properties.

A spokesman for Yunnan Baiyao has claimed the plants' toxicity is neutralized by a process kept secret by proprietary law. The medicine occupies a gray area in Chinese law — especially concerning its organic components — due to a history longer than most mainland food and drug laws.

Developed in 1902 by herbalist Qu Huanzhang (曲焕章), Yunnan Baiyao has been classified by the Chinese government as a "national level confidential product". The ingredients of the medicine had been a closely guarded trade secret, much like the confidential recipe for Coca-Cola, until three years ago. In 2010 both Amazon and the United States Food and Drug Administration published a list of the eight purported active ingredients found in the medicine.

Wang's lawsuit asks that the medicinal powder be held to the same standards of disclosure as other over-the-counter medicines. Under Chinese law, ingredient lists and uses must be made available at the time a drug is purchased.

Good to see someone is doing something for standards...

Anyone seen the new and massive Yunnan Baiyao offices in Chengong? Massive! They have their own lake and a good 50+ hectares of land, with running track etc... crazy!

Incredibly ill-informed article. Is this what passes for journalism nowadays? Aconite or wolfsbane (Fu Zi) has been used safely for at least 2000 years of recorded history since its first mention in the Shen Nong Ben Cao. It is a key herb in the Chinese herbal materia medica. It is and always has been prepared in a totally non-secret way. Pick up any Chinese materia medica (i.e. do rudimentary research) and you will find detailed descriptions of the preparation method. Yunnan baishao may have a proprietary method which they protect like any herbal company would. The reason why it has different labelling for domestic and foreign markets is because some foreign markets have banned it for no justifiable scientific reason. Modern research has shown categorically that its toxicity is reduced to safe levels after undergoing those preparation methods.

Another in a litany of terrible, confused and incompetent articles about Chinese Herbal Medicine. Go back to journalism school.

eblair obviously is a blind zealot regarding chinese traditional medicine. He or she has come to the enraged defense of aconite having totally ignored the that:

2) eblair obviously didn't bother to click on the links in the article to discover that Yunnan Baiyao's mainly under attack for faulty seals in Sichuan and not listing aconite as an ingredient in HK. I don't think anyone can argue that faulty seals and mislabeling are not egregious.

Scally presented an informative article. I agree eblair is just pissed off.

There are lots of toxins, in lots of medicines. Even humble paracetamol can kill.

@eblair,
I suggest you learn to read and analyse before spouting off angrily.

This stuff really works!I stuck a chefs knife into the anterior region of my thumb it bled for 15 minutes at a worrysome rate a friend applied the powder form directly onto the wound and wrapped it tight after about 5 minutes I checked it and saw that it had stopped bleeding. I now own some of this mixture myself just in case this happens again or someone needs help. I wouldnt hesitate to use this again in the same circumstance it would be a shame if this herbal remedy were not available.

20 minutes of bleeding would seem about normal to me for a nasty cut. I wonder how much effect the Baiyao really had?

And Cheetos have and are allowed by FDA to have a percentage of rodent hair in them so the point for this law suit against Yunnan Baiyao would be?

if we need to explain the point then you probably already made your mind up, but ieven a dumbass like me can see the difference.

Here are 8 Ingredients Of Yunnan Baiyao Capsules that I find online. I am not sure it's correct or not.
yunnanbaiyao.co/yunnan-baiyao-ingredients/

Very interesting plant that has changed history of Yunnan in several chapters. Its mentioned in many old books on Yunnan, and it has many sombre tales to tell.. You can eat it in Binchuan, after its been boiled for 3 days. It still reaps people in Yunnan every year. But they probably still make dishes on it in Bichuan, and even if its banned, sure, they will have it around. Maybe something to brag to your pals about, "Ive tried aconite soup, how about you". I have, how about you,