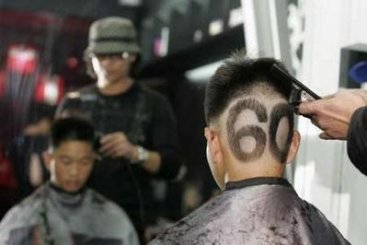 The upcoming holiday at the beginning of October is a rare confluence of the October 1 National Day holiday and the Mid-Autumn Festival, which takes place on the fifteenth day of the eighth month of the lunar calendar.

This year's National Day holiday has special significance as it is the 60th anniversary of the founding of the People's Republic of China. The Mid-Autumn Festival, which typically falls in late September, will be celebrated on October 3 this year. Here's some of what is being done in preparation for the holiday:

Security ramped up through October 8
More than 1,000 military police will be patrolling Kunming for the next 19 days in order to "guarantee safety", according to a Xinhua report. An additional 3,000-plus police and 180 patrol cars will be dispatched to complement the paramilitary forces as security is beefed up prior to and during the October holidays.

Public gathering places will be under close watch and security checks will be carried out when necessary, the report said, adding that security forces would "strike hard against all types of criminal activities, frighten illegal criminal elements, strengthen the safe feeling of urban residents and create a safe, harmonious environment of public order."

Almost 97% of Kunming mooncakes up to standard
Municipal food safety inspectors announced on September 18 that 96.85 percent of the mooncakes on sale in Kunming meet safety standards, up from 90 percent last year, according to a Yunnan TV report. No information was provided about which companies' moon cakes were not up to standards.

Additional trains to serve Kunming routes during holiday
An additional 39 trains per day will connect Kunming with destinations around China during next month's eight-day holiday, according to a Xinhua report.

China's Ministry of Railways is predicting that approximately 64 million people will travel the country by train from September 28 through October 8, an increase of more than nine percent over the same period last year.