I cannot find an edit button on my post, though I am happy to remove the one sentence that mentions the experience of a friend in Beijing.

I'm simply broadly interested in getting a read on whether or not people in Yunnan have witnessed an increase in anti-foreign sentiment. I assumed this would be a topic of relevance to posters on "Living in Kunming"?

Some people I know are getting stopped and aggressively checked for temperature when walking on the street, getting denied entry at cafes and parks while Chinese are still allowed to enter, not being allowed into apartment complexes, etc., and I've personally noticed people staring (even more than the usual degree), people getting off elevators when I get on, more screenings than in the past. Apparently, there is a hair salon in Beijing that will not be serving foreign customers as well.

Some of this seems like new policy stemming from the fear of re-infection from international arrivals, but some of it also feels like plain anti-foreigner sentiment.

Now, correlation does not imply causation, and I'm sure I also have been keeping more distance from others over the last few weeks, but things feel slightly more pronounced these last couple of days.

Has anyone else seen or felt any other instances of anti-foreigner sentiment in the rise? It's a tough thing to quantify, so I'm trying to get a general read of the situation.

You're going to need a connection to be a visiting scholar. Try contacting the Foreign Affairs Office of various universities throughout Kunming/Pu'er. Good luck. Getting a research permit from the provincial government can be a bit tricky.

You're going to need a connection to be a visiting scholar. Try contacting the Foreign Affairs Office of various universities throughout Kunming/Pu'er. Good luck. Getting a research permit from the provincial government can be a bit tricky.

Forums > Study > Studying mandarin in Yunnan versus other provinces

In my experience, foreigners living in Kunming generally tend to acquire Mandarin quicker and get it to a higher level before plateauing. Back when I was doing language studies at Yun Da, I met a bunch of Western students who had done language programs in Shanghai and Beijing. They were unanimous in agreeing that foreigners in Kunming had *in general* a stronger command of Mandarin than ones they had met in their language programs in Shanghai/Beijing. Obviously they cannot represent all of SH/BJ, but what I've seen generally tends to support their observation.

Some of it might be from how few Westerners live here compared to some of the other metropolises, so you're pretty much forced to speak Mandarin. At least, that was my experience in language classes, since most of my classmates came from Southeast Asia or Korea. The BRI is only going to bring more and more students from non-Western nations to Kunming to study Mandarin and pursue degree programs.

The accent has never really been a huge issue, here. It was a bit strange at first, like any new thing, but then your ear adjusts and basic words and phrases start to become discernible. I mean, it's not like Yunnan dialects are that linguistically far removed from Mandarin (barring minority dialects). In general, it's rare I come across someone I fully can't understand.

This is all anecdotal, so take it with a grain of salt. If I could go back in time and select a place to study Mandarin, Kunming would definitely still be high on the list. It'd probably lose out to Xiamen, though. That city is great.

^was just going to comment on the geographical mixup, but you beat me to it! Just to add, 香格里拉 is a county-level city and the seat of Diqing Prefecture's local government.

For me, as someone who lives right by Green Lake, I always love heading out to Chenggong to visit my thesis adviser. There are tons of sprawling parks, it's easy to get out to the countryside, the air quality is higher, etc. I'd be very happy living out there. The main thing is that I don't particularly care for the night life scene, so living near the city center doesn't offer a whole lot of advantages. 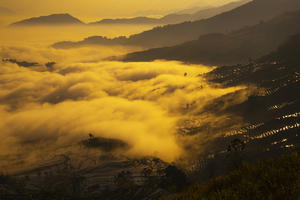 I became a vegetarian last year, and Sal's has been great for me. Some of my favorite dishes are the Mediterranean quesadilla, the falafel plate, huevos rancheros, the muesli bowl, and the avocado and beet sandwich. They're all killer.

In my experience, most of the staff are familiar with words on the menu, but if you get off it for special requests, it can be a bit trickier. There's usually at least one or two staff members on each shift who can handle more complicated English stuff.

In general, the wait staff has always been professional and friendly, even when busy.

Had a nice Americano the other day for only 13 RMB. Food smelled good, too. A pledge to only use fresh, organic, locally sourced goods dominates their main indoor wall. I wasn't a huge fan of the decor, but to each his or her own.

I had the Norwegian Breakfast, it was delicious! The view of the street below was quite nice, too. One of the few places in the city where you can find quinoa on the menu.

Wonderful, quaint little bakery/pizzeria in Tianjundian Alley, just off of Wenlin Jie! (The alley starts around 红豆园 and cuts through to Yunnan University's West Gate.) With pure, simple, and delicious cooking, As You Like really embodies the motto "don't change what isn't broken." In fact, one of my Italian friends commented that the pizzas there remind him of his mother's homemade pizzas. I, too, can attest that they are exceedingly delicious, with some very high quality ingredients (blue cheese/walnut pizza is to-die-for). They have some a small garden growing upstairs, which they use for seasoning — you can see them pluck the rosemary leaves right out the window!

Their juices and teas are fantastic. Of note is that their juices are pure fruit — they don't include sugar or other additives, making them not only light and refreshing, but healthy, too. They make a mean lemon cake, and have a killer walnut apple bread, as well.

In terms of decor, it is a bit small, but it nonetheless comes off very cozy, with tasteful decor, ambient lighting, many windows, and inviting music. It's very easy to pass an hour or two engrossed in a book up there, sipping a coffee, listening to the birds outside in the alleyway.