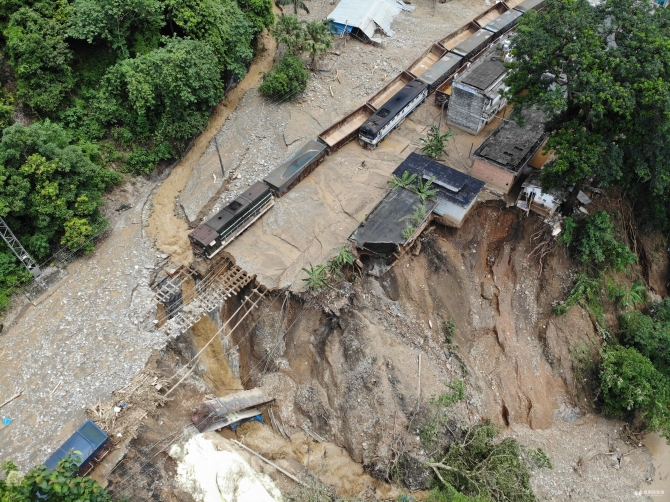 The ongoing seasonal heavy rainfall across Yunnan province has triggered a mudslide at Lahadi train station in the early hours of this morning. Lahadi station is located in Honghe Hani and Yi Autonomous Prefecture, nearby the town of Pingbian.

The Lahadi train station is a stop on the original one-meter-gauge railway between Kunming and Hekou that was built by the French. It is not commonly used for passengers anymore — so it will not affect travel for those who would want to head in the direction of the Vietnamese border on the fast train — but still handles freight to Vietnam. Authorities have suspend services on a section of the railway line. For the time being, freight trains will be directed to the standard-gauge railway.

China Railway Kunming Group said the mudslide hit the station on the Kunming-Hekou meter-gauge railway at about 3.20am, submerging some trains parked at the station and disrupting railway communication.

Aerial photography of the natural disaster shows some of the train tracks dangling precariously over a precipice, created when the soil below was washed away. 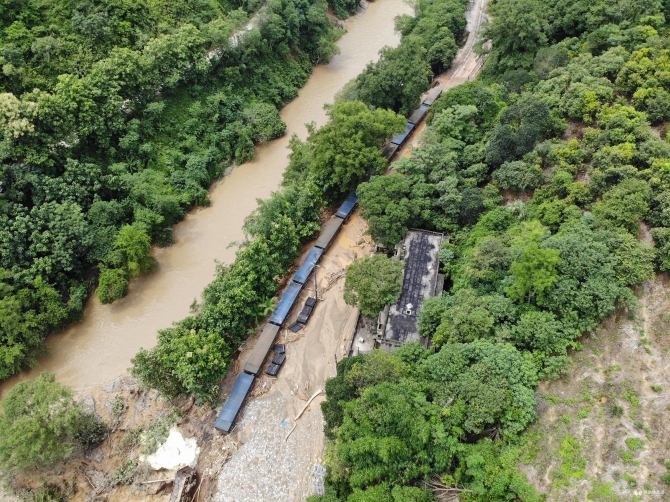 48 staff and their families have been evacuated from their living quarters by the railway station. There were no casualties and the station has since been sealed off.

Repairs to the railway have been started — more than 400 people are currently participating in salvage efforts at the scene, and many loaders and excavators are dredging. Preparations for the deployment of emergency trains are on track.