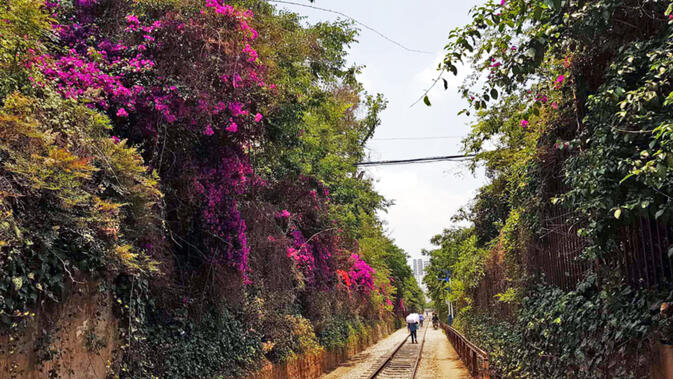 As with all important announcements in Kunming, this one was made with a hastily printed single sheet of paper pasted on a wall. The city's beloved but little-used 35.2-kilometer narrow gauge railway — stated the note — has ceased operations in lieu of construction of a more modern option — the subway.

The "temporary" shutdown went into effect December 13 as construction work on Metro Line 4 extends toward the east and south. The notice announcing Kunming's only intra-city railway had been shelved was characterized by its "suddenness" in local media. With that abruptness also came a very long suspension of service, with current estimates clocking in at two-and-a-half years.

Originally designed and built at the turn of the twentieth century by French engineers, the "small meter-gauge" railway was, until last week, the last functioning municipal line of its type in all of China. As GoKunming founder Chris Horton wrote of the track in 2011 after a lazy joyride on the six-car train:

For the couple hundred or so people that regularly travel the line, it is a convenient and inexpensive link between downtown Kunming and the city's southeastern and western outskirts. For train geeks, it is a living link to the rich history of rail in Yunnan.

[It was] the first rail line in Yunnan connecting Kunming — then known as Yunnan Fou (云南府) — with the port city of Haiphong in modern-day Vietnam. The Yunnan-Vietnam Railway was built between 1904 and 1910 by a French government that had its eyes on Yunnan's vast reserves of copper, tin and other minerals.

Due to the challenges presented by Yunnan's mountainous terrain, the French-built line used meter gauge rail, establishing a standard in Yunnan that lasted decades afterward before new lines switched to standard gauge, which is significantly wider at 1.435 meters. 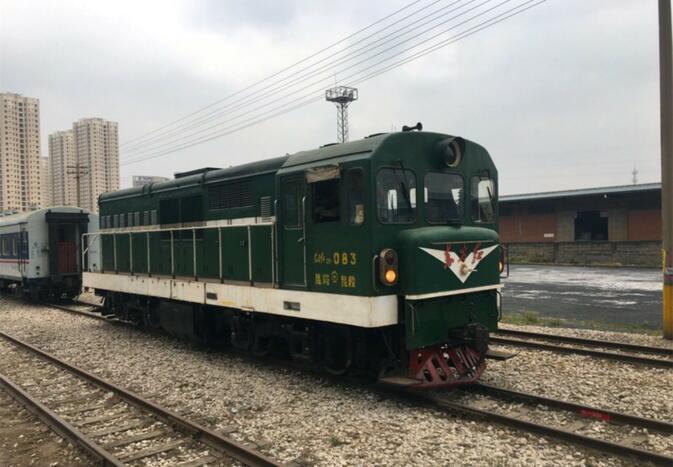 Now the sights and sounds of the old diesel electric train puffing its slow and leisurely way through town will be replaced by corrugated blue fencing and ever-running construction equipment. Kunming Metro Line 4 will run underneath the narrow gauge railway beginning near Bailong Lu (白龙路) and heading south. All told, the Metro line will stretch 43 kilometers connecting 29 stations, with terminus points at Chenjiaying Station (陈家营站) in the north and ending at the new Kunming South Train Station (昆明南站) in Chenggong (呈贡).

As construction of a given section of Line 4 wraps up, the old narrow gauge will receive a makeover. A pedestrian walkway paralleling the track is planned, as is extensive landscaping work and the sprucing up of already existing stations along its length. Work on Metro Line 4 and the old railway promenade are expected to be completed by June 2020.

Good reporting. Those little but very important notices are hard to spot.

Agreed, these local tidbits are a blessing.

Such a shame. My son and I have often taken the train to ShiZui and back as a fun morning's outing. 2RMB return was a bargain and it was amusing to see all the traffic stopped as we trundled by. We'll miss this unique and anachronistic gem.