Yunnan's homegrown Manhu band — talented Sani minority musicians hailing from villages nearby the Stone Forest and signed to Sam Debell's label Sea of Wood — released their international debut 'Voices of the Sani' album in January through the World Music Network distributor. Since then, they have been storming the international world music charts.

World music is usually defined as traditional music from the developing world, or non-Western music. The Sani minority are grouped under the larger Yi ethnic minority umbrella which encompasses over nine million people from over forty distinct cultural groups.

Over the last 15 years, Manhu has blended traditional Sani music with modern rock influences. This has resulted in a unique style that is a bridge between the old and the new, the regional and the global.

They deftly combine traditional lusheng (gourd pipes) and the adiza (small three-string lute) instruments with electric bass guitar and drum kit. Manhu are very much guardians of an ancient tradition, and on this album they introduce the listener to the sanhu, a bowed instrument generally played by older people to accompany storytelling. You can also hear the accompaniment of whistling on a leaf, which is played by almost all Sani people who learn it from childhood whilst working as shepherds.

In 2017 they spent five weeks in the USA on a cultural exchange tour. The band was invited by the American Midwest Arts Organization to participate in the 'Worldfest' festival which aimed to foster cultural exchange between minority musicians from across the world. During their stay in the USA, the band visited nine cities and performed in nine theatres. In addition to their performances, they participated in workshop activities with American students. In 2018 they visited the States again, as part of the same exchange program.

They have furthermore performed in China's National Grand Theater, the Shanghai Concert Hall, the American Embassy in Beijing, the American Consulate in Shanghai and have appeared in several Chinese TV shows. 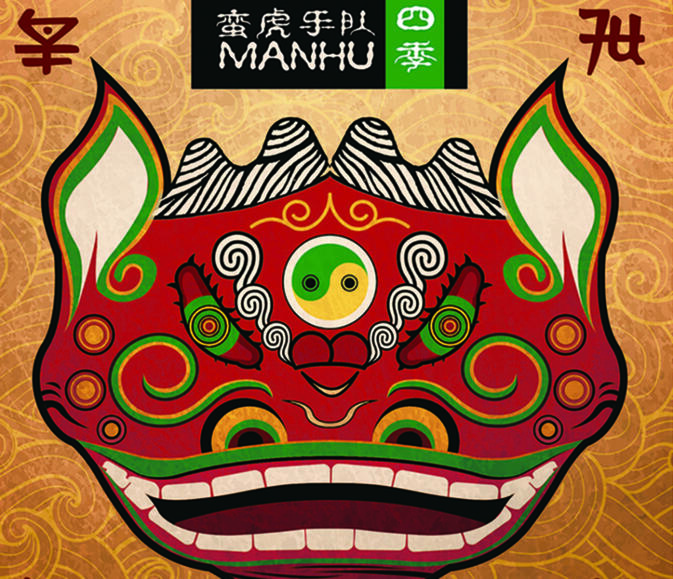 Voices of the Sani

The album's songs include songs traditionally played by different Yi minority groups from across Yunnan — honouring the guests at a feast or encouraging the copious imbibing of local moonshine, conjuring the atmosphere of a boisterous village feast. Ballads are also featured, such as a traditional Sani folk tune sung by a daughter to her mother that expresses her sorrow that she is going to join her husband's household.

Love is a recurring theme in music from all over the world and of all ages, and Manhu's music is no different. There is a particular kind of romantic yet rebellious Yi songs — protesting against the Yi tradition of arranged marriages. Sani lovers are said to be shy which is why they use musical instruments and codes within the melodies to express their feelings. The chazi, or 'moon lute', is often played by girls, while the adiza is played by boys.

There is one song on the album that is not rooted in Yi musical tradition — the band's rendition of a US old-time dance known as 'Five Miles Of Ellum Wood' was taught to them by the US band Jenny and the Hog Drovers and rewritten by Manhu using Sani lyrics and instrumentation.

In February the 'Voices of the Sani' album entered the European World Music Chart at number 18, rising to number 8 in March. Right now Manhu is the only Chinese band on the chart. Albums on the European World Music Chart are voted for by top music experts and DJs from 24 European countries. The chart considered is the most comprehensive and reliable source for discovering new forms of music in the world music genre.

The album currently ranks number 15 on the US World Music Chart, and was album of the month in February at Rootsworld.

You can listen to the 'Voices of the Sani' album on the World Music Network, on Spotify or Apple Music.

Awesome to see Yunnan being represented in the global music scene. Manhu is definitely a band worth checking out! I also love some of the bluegrass influences that come in on a few of the tracks! 加油！