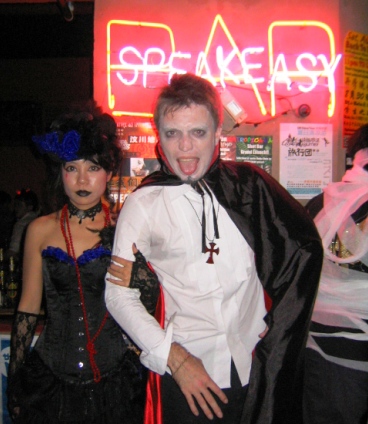 This weekend a Kunming institution will shut its doors for the last time. Speakeasy Bar on Dongfeng Xi Lu will be going out with a bang, holding a night of live music on Friday and seven DJs for the last Speakeasy party ever on Saturday night.

Over the last nine years, the Speak has been many things to many people. In the last year or so, it felt like a bar in its twilight, but for many years before that it was the backbone of Kunming's live music and DJ scenes. An old standby that witnessed moments of beauty as well as ugliness, the Speak's passing marks the end of one of Kunming's growth spurts and the beginning of another.

As one of the owners of the Speakeasy and one of the biggest contributors to the Kunming music scene over the last decade, Sam Debell (pictured above) witnessed the bar's rise and fall firsthand. We spoke with Debell about the role the bar played in Kunming's night life and music scene. Here's what he had to say: 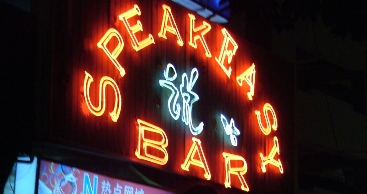 GoKunming: How did Speakeasy Bar come into existence?

Sam Debell: The Speakeasy was started by Mike Gating and Lao Lu back in 2001 and it followed on from The BUG Bar, which was Kunming's first real rock venue, from 1999 to 2001. So it really started with rock and roll.

The place didn't really take off immediately so to speak, only really picking up in 2003, although there were regular shows. There have been various other partners such as Dave [Mandeville], myself and John [Knox] who have come in since then and the place has slowly evolved over the years.

GK: What was the Kunming music and bar scene like back then?

SD: Well the Camel and The Hump were both already around back then and that was pretty much it apart from banging Chinese techno clubs.

There was never a shortage of people trying to set cool stuff up back then but the town just wasn't really ready for it. The foreigner population was tiny compared to nowadays. There was a strong local scene back then which in part laid the foundation for the current scene but there were hardly any touring bands and Kunming felt a lot more cut off than it does now.

I remember before that when there was no expat nightlife scene at all and we used to hang out at mafia dens listening to Shalalala and 2unlimited. Kunming really was the Wild West.

GK: What are some of the best shows you saw while overseeing live music at the Speak? 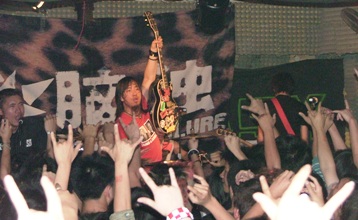 SD: I'd say some of the most memorable ones were SUBS, Miserable Faith, New Pants. I remember Joyside being crazy and of course there was Brain Failure. The Wenchuan Earthquake Relief Party back in 2008 was a fair highlight.

There were also some European bands like Sonic Bastards and Cleaning Lady who had everyone going nuts. I also remember some amazing Wednesday night jam sessions through the years, one especially involving Scandinavian musicians from Nordica, before they apparently got banned from coming.

GK: When was Speakeasy at its best?

SD: The Speakeasy has gone through many phases but I'd say the best consistent stretch was from about 2003-2006. It started with DJ DSK getting the place recognized as a real party venue for the first time in 2003 and carried on for several years. It was also the time when most of the touring bands were coming through. We pretty much had it sewn up for live bands and DJs back then and Speakeasy was only place to go at the weekend for a while.

We had a brief revival in 2008 which was cool while it lasted but after years of liver abuse I didn't really have the heart or energy to keep it up so the place has kind of been half dead since then.

GK: What was the best-selling drink of all time at the bar?

SD: Big Bottle Yanjing beer of course! I think we were basically keeping them afloat in Kunming for a good few years. It was no reflection on the product though as we didn't sell any other cheap big beers. I think that state of affairs dated back to them giving Lu an extra refrigerator about ten years ago.

GK: Did anyone ever buy the "fish flaps" on the Speak's snack menu?

SD: People certainly did but I think the "fowl rectum" was a more popular and nutritious snack all round. Folks actually started taking photos of the menu a few times. 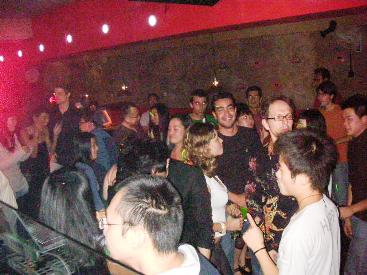 GK: What do you consider the most memorable parties that took place at Speakeasy?

SD: Wow they really all have started to merge into one huge drunken blur but...I'd say the Halloween parties were always our speciality and they were always crazy especially 2008 when we had about three hundred people out in the street blocking traffic! The Fetish Parties were a nice twist. I vaguely remember a birthday party where I did a strip on the bar...

GK: What does the Kunming music scene need to move forward?

SD: I don't think there's anything really which Kunming lacks compared to other towns in China excluding Beijing, Shanghai, etc. There are plenty of music venues nowadays for both bands and DJs. There just isn't a domestic music industry of note at all to generate an income for creative musicians and keep them in town.

I'm afraid music's just going to have to remain a hobby in Kunming for most people and as long as they accept that then it's cool. Unfortunately there's a reason why almost all successful Yunnan musicians live in Beijing.

GK: What are you up to now that the Speakeasy era has come to a close?

SD: I've been living in Beijing as an event organizer, musician, consultant etc, basically living the same life I did in Kunming except having to pay for drinks!

There are plenty of opportunities up here for people who have been starved of a music scene but you just have to deal with the climate which isn't easy when you've been softened up by a decade in the Spring City, I can tell you.

GoKunming thanks Sam, John, Xinxin, David and Lao Lu for their contributions to the local music and drinking scene.

Pity. It has been quite an institution.
Unfortunately i am missing this last weekend. And i was already looking forward to their 2010 Halloween party...!!

I've been in Beijing for 2 years now but was in Kunming during the Speakeasy glory days when it was *the* place to go for partying and assorted troublemaking. I can hardly imagine KM without the Speak. Cheers to Lao Lu, Sam, David, Xin Xin and everyone else who made it what it was!

The parties, the jams, the pool, the random Tuesday's till sunrise, Sam, Xin Xin, the faces, the fights,the first place where locals and foreigners mixed in any real way, the little den of darkness with so much light! Speak Easy!

A lots of time so many music really cool. but the speak easy also hard to use to cellphone in it, it`s really not good.