On Saturday, August 25 a very mixed crowd descended on Shicui Culture Center in the middle of Green Lake Park. Elderly minority artisan experts, music lovers from all over the world and unsuspecting families visiting the park all came together for a wonderfully sunny celebration of Sani culture.

The documentary Living Threads: Revitalizing Indigenous Embroidery in Rural China premiered, and GoKunming's parent company, CloudBridge — Media by Design, celebrated the occasion with live music, interesting lectures by Sani cultural heritage representatives, a photography exhibition and displays of original Sani embroidery pieces. The band Manhu (蛮虎) also played a raucous afternoon concert. In short, it was a program that had something to offer for anyone who happened to come by. 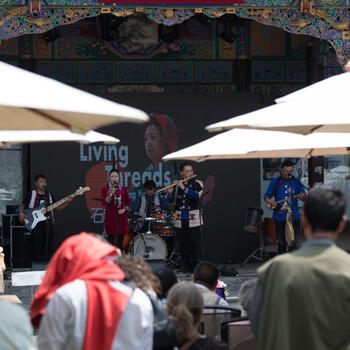 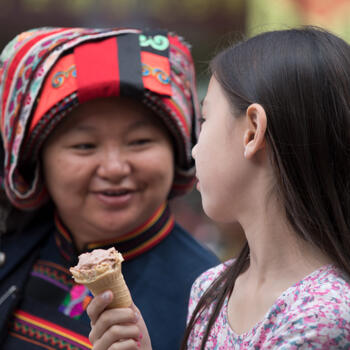 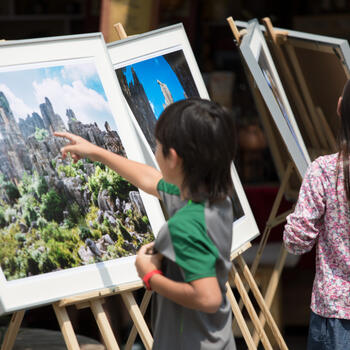 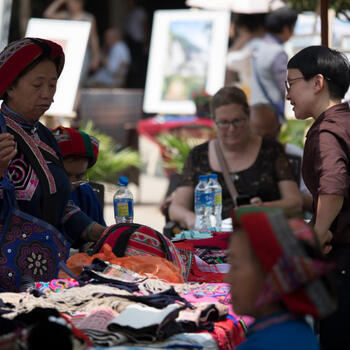 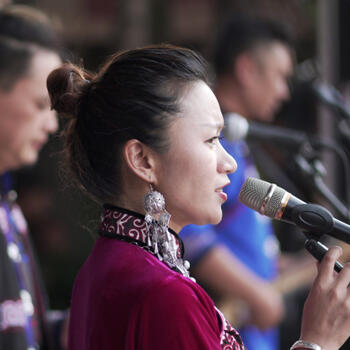 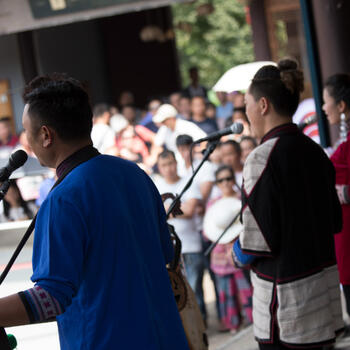 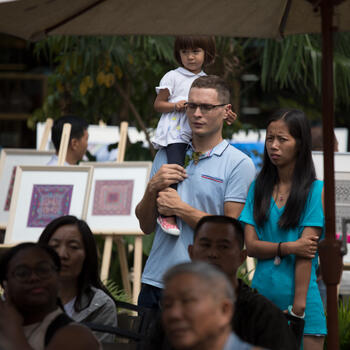 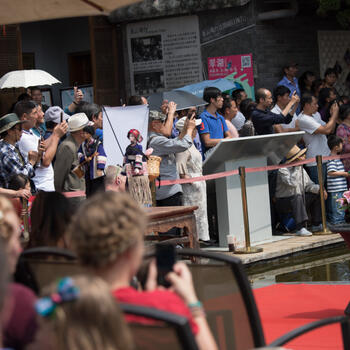 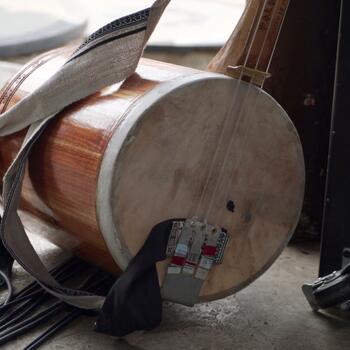 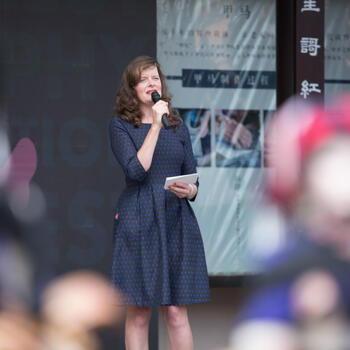 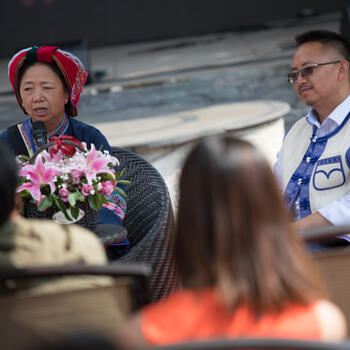 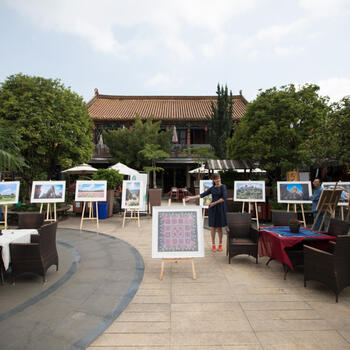 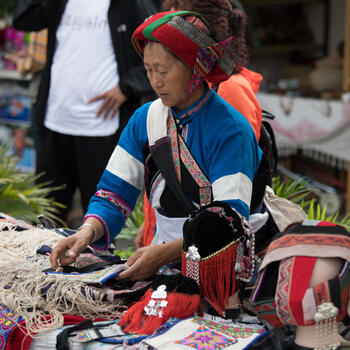 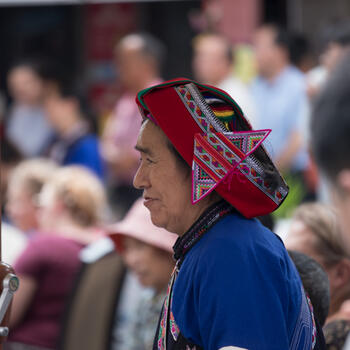 One of the draws for foreign and domestic visitors to Yunnan has always been the abundance and depth of minority culture in the province. What we saw in the documentary and at last Saturday's event is that minority culture is in no way a quaint relic of the past, but indeed a living and thriving aspect of life South of the Clouds.

The Sani people live mostly around the Stone Forest, a UNESCO World Heritage site just a stone's throw away from Kunming. Not only have they managed to retain the essence of their culture, they have also revitalized it and brought it into the twenty-first century.

New generations are learning from their elders. And even if today's youth doesn't often walk around in embroidered Sani clothing anymore, at school and increasingly at cultural seminars, they do learn how to make traditional outfits to wear during festivals, or how to make a baby carrier. This accomplishment stems from the cumulative hard work of elders like our speaker on Saturday, Bi Yueying, as well as her son, Ang Gui.

At the same time, factory-made embroidery has made the craft affordable and popular, and in its own way contributed to the rise in interest in the far more time-consuming and expensive option of handmade embroidery. 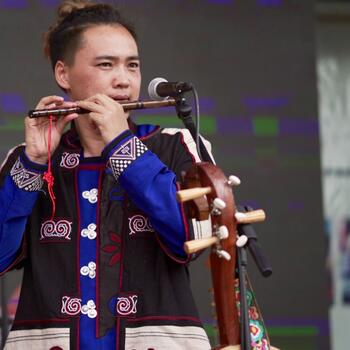 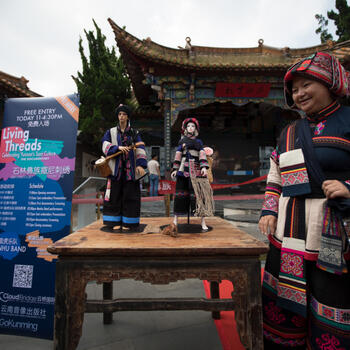 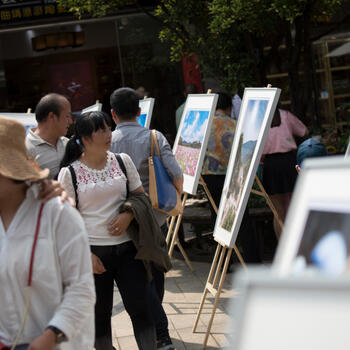 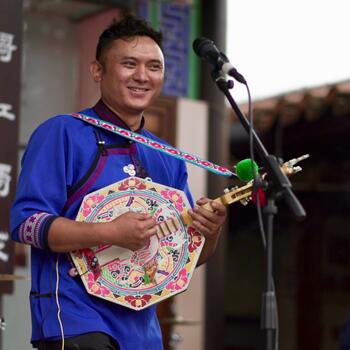 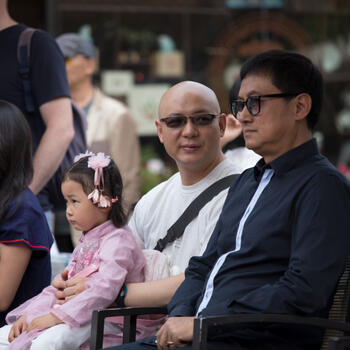 The Sani are a culture not caught between the past and modernity, but one that embraces both periods of time. Apart from embroidery crafts on sale during the premiere festivities you could also find t-shirts, fans and coasters adorned with QR codes and decidedly modern cartoon images of the Sani people.

Translating an ancient culture to the smartphone generation — the work of embroiderers, historians, teachers and musical fusion bands like Manhu — can be a high wire act. But as the event on August 25 showcased, Sani culture and the elders entrusted with its preservation are both flourishing despite the challenges.