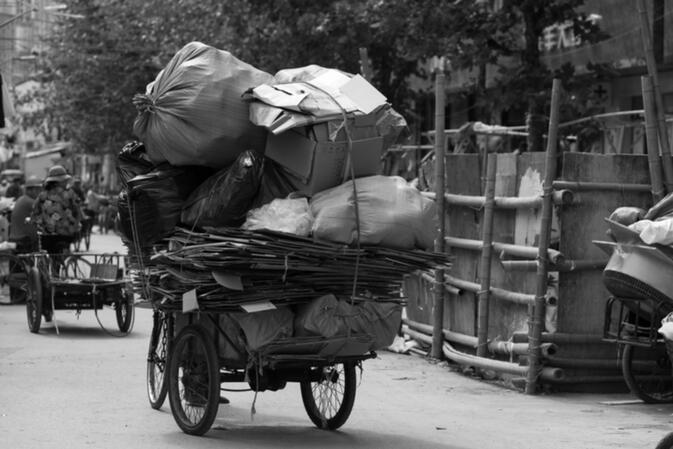 The Chinese government has set itself the heady goal of "eradicating poverty" nationwide by the year 2020. Spurred on by Beijing's drive to raise up the country's poorest, over the past six years Yunnan has drastically reduced the number of people living with extremely low levels of income.

In 2012, 8.04 million people in the province were classified as poverty stricken. That number dropped to 1.79 million in 2018, according to a recent report by the Yunnan branch of the National Bureau of Statistics. Over that same time period, the average per capita disposable income among the lowest group of earners in the province doubled, from 4,749 yuan (US$674) to 9,595 (US$1,362)

Historically, Yunnan has struggled to keep up with much of the rest of country in terms of economic development. Insulating portions of its population — especially those in far-flung places — from indigence has been a prolonged challenge. But government initiatives to build roads to regions once bereft of them, offer basic medical services in tiny mountain hamlets where they were once lacking, and pay welfare payments for chronically ill elderly people, are helping to create situations where poorer families can prosper.

The drop in poverty numbers is based in part on government expenditures, but individual effort is providing a huge amount of the impetus as well. This progress is best exemplified by the use of technology by craftspeople who once had limited or no access to the internet and no markets outside of their hometowns.

By using a live-streaming feature on the online shopping mega-website Taobao, farmers, woodworkers, tinsmiths and even crossbow makers in Yunnan are able to showcase their wares to an enormous domestic audience increasingly concerned with buying handmade goods. Products sold in this way have become so popular, Beijing is now encouraging other regions of China to copy the model.

A bit more than a year ago, provincial Party Secretary Chen Hao (陈豪) told reporters 3.3 million people in Yunnan qualified as poverty stricken. Raising them out of abject penury, he said, would be an "extremely tough" proposition. Now in 2019, there are 1.79 million people left to go, difficult or not.

How is "poverty stricken" officially defined by the government?

A little more information on how China has reduced poverty:

GF looks like a wing of Stratfor, the private super-spooks who couldn't even protect their own client database from hackers. Spookily :) its initials are the same as George Friedman's. How sad.

"Other best-selling books include The Future of War "

Many of China's sustainable poverty elimination plans included seeding of livestock (chickens, pigs, etc) to enable animal husbandry, to increase annual income of the farmers. Last reports were China had sustainable eliminated poverty for over 800 million citizens, with roughly 70-80 million to go. Xi JinPing's goal is 100% elimination by 2020.

Regardless of definition - the consistent attention to poverty elimination is laudable and China's accomplishment in this area is unparalleled in recorded history - resulting in formal recognition by the UN for its successful efforts in this area.

Occasionally, there are questionable ploys to eliminate poverty - such as merely moving people from poverty stricken areas to a different place, to accomplish the numbers - however moving to more fertile or arable ground with better access to transportation, water, healthcare and education facilities can also be considered an improvement in quality of life.

China's current Five Year Plans call for the industrialization of the rural areas, in a responsible sustainable manner. This next move will involve a major cultural shift in the rural areas as farmers begin to aggregate land and resources, pay more attention to water and soil pollution, and reduce the uses of chemical fertilizers and insecticides.

Animal husbandry is another area of potential aggregation - with tremendous opportunities for the high technologies from developed nations such as the EU (+UK), Japan, and USA.

If the China model can be applied along the belt and road - the entire Middle East and Africa will finally have the opportunity to similarly eliminate poverty, develop sustainable economies, and perhaps even make serious dents on global terrorism.

@Geogramatt
Assuming your question was serious - a simple google or bing search will yield a plethora of results. The UN (un.edu) has an excellent article on China and India's definition of "poverty lines", but the information is probably outdated as China's economy zooms ahead. China's National Development & Reform Commission - which manages the national five year plan strategies contains the general high level requirements for sustainable development of this country (en.ndrc.gov.cn).

China's five years plans used to be mocked and ridiculed by the western media - but if you've ever performed or witnessed requirements engineering and the processes and artifacts - you cannot but conclude these artifacts are world class professional documents. The Five Year Plans are essentially high level requirements, which indicate the government's architecture for this country - which are then supposed to be devolved by project owners (government officials) into detailed planning documents for execution, monitoring & controlling, and phase out - following generally accepted globally recognized professional standards for professional project management.