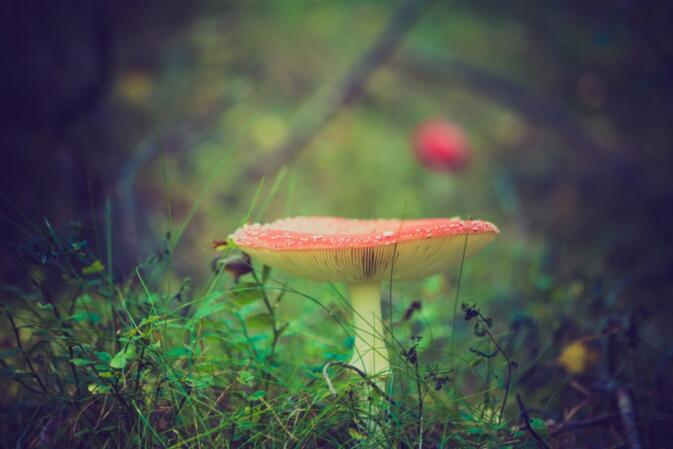 Summer rains have arrived in Yunnan, and while a little later than expected this year, the bumper crop of mushrooms that accompanies monsoon season is here as well. Already though, reports of medical emergencies associated with the province's fungus obsession are rolling in. Government poison control officials — as they do every year — are urging people to shop and dine responsibly.

The Spring City Evening News reports 25 people across Yunnan have been hospitalized, suffering from various acute ailments stemming from eating the wrong kind of mushrooms. Of those seeking treatment, seven have died, including a four year-old girl in Xishuangbanna whose father remains in a coma after consuming wild mushrooms.

Most of the reported incidents in 2019 have come from the southern portions of the province — a spate of poisonings in Dehong Prefecture and another case from Xishuangbanna in which a man was helicoptered to Kunming for emergency treatment.

The number of known and properly identified species of edible fungus in Yunnan continues to grow every year. About ten years ago there were thought to be between 600 and 800 different kinds, but that number has swelled to over 1,000 today. Most don't ever end up at wet markets, or the temporary stalls that dot street corners in cities across the province each summer.

When combined with commercially grown mushrooms, those gathered wild in the meadows and forests of Yunnan contribute more than US$1 billion annually to the provincial economy. But this harvest of riches is not without its drawbacks, as news reports of fatalities and hospitalizations show.

Overall, the number of toxic episodes continues to slowly rise over time, while the total amount of mushrooms gathered and sold province-wide soars. During the past half-decade, more than 1,000 people in Yunnan received treatment for severe poisoning blamed on mushrooms, with at least 100 of them dying, according to official statistics.

To avoid the most dangerous versions, see our extensive write-up on mushroom season in Yunnan. Another good source — in Chinese with scientific names and photographs — has been compiled by local news agencies and posted on WeChat.

As we have seen from the experiences of knowledgeable 'shroomers everywhere, there is no protection against this mutant strain, so how should we proceed?

The abbreviation 'shroom is more difficult to pronounce than the complete word.

Xishuangbanna can't seem to catch a break. From Cersei elephants to fatal fungi.

Weird looking red green and blue mushrooms that taste just so so and may kill you don't appeal to me.

The world is full of gambles and it's hard to know the odds.

There are things I'd gamble on. Blue mushrooms aren't one of them.