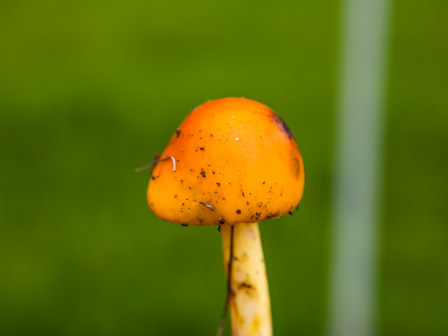 Kunming has received its fair share of rain this summer. Although the Spring City endured flash flooding in July, many parts of Yunnan are thankful for the precipitation as it is alleviating some of the effects of a four-year drought. Another welcome byproduct of a wet rainy season is of course the bonanza of wild edibles popping up in the forests and on the mountains of Yunnan.

Recently, we found ourselves 150 kilometers west of Kunming in the village of Heqian (河前) outside of Chuxiong (楚雄). There, as in many places around the province, locals are currently reaping a rich harvest of wild mushrooms and cooking up seasonal feasts many mycologists would die for. 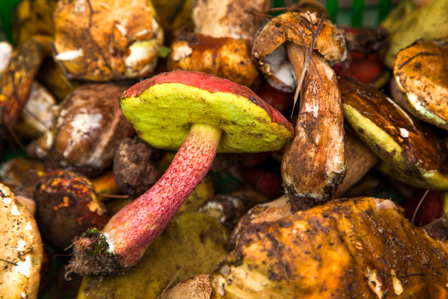 Yunnan is home to a stunning array of different mushroom varieties — some estimates put the number at roughly 800. Last year, exports of mushrooms originating from Yunnan topped US$100 million. The most universally in-demand Yunnan specimens are niuganjun (牛肝菌), also known as Boletus, matsutake (松茸) and chanterelle (鸡油菌). 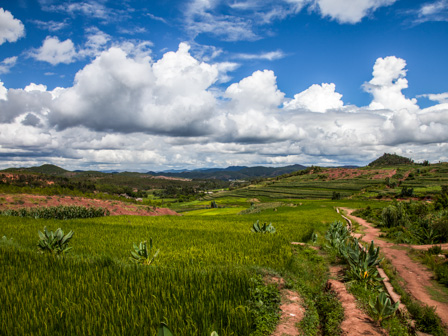 The end of the rainy season is the perfect time to go hunting for fungus in Yunnan. The day we were in Heqian the rains that had encouraged such an abundance of mushrooms stayed away and the weather remained perfect. 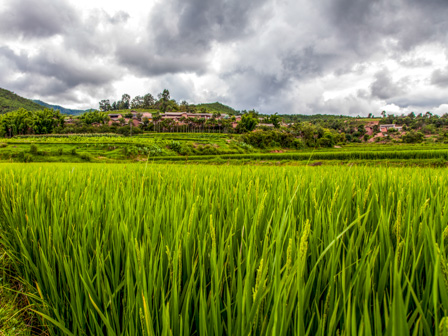 It wasn't only the mushrooms that were growing in profusion. This year's crop of rice, grown in paddies just below the city, looked incredibly hearty. 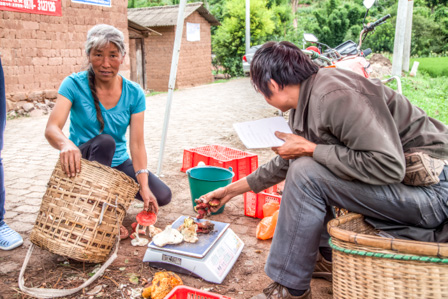 Typically the villagers set out in the morning to scavenge for wild mushrooms. When they return in the afternoon they sell their haul to vendors who, after returning to Chuxiong, will hawk the fresh mushrooms at markets in the city. 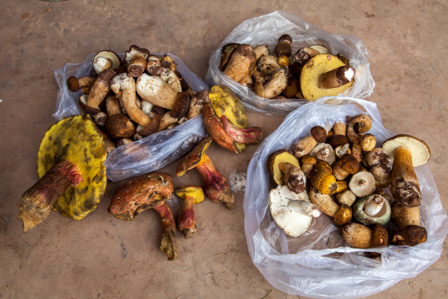 Mushroom varieties around Heqian abound and each has its own distinctive flavor. Some, such as dried morels, command prices of up to US$400 per kilogram. People from the province's larger cities and diehard connoisseurs often drive to villages personally in order to cut out the middlemen and pay less. 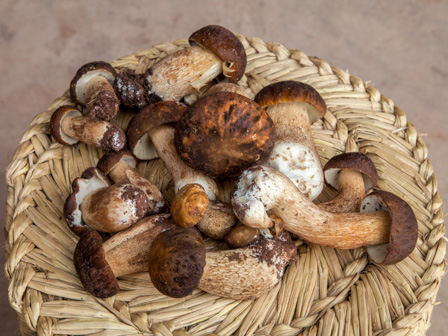 Of course everyone has their favorite type, but knowing what to buy and how to prepare it can be tricky. The niuganjun pictured above are mildly hallucinogenic if not cooked properly. Another, trogia venanata, is embroiled in a murderous controversy surrounding its alleged toxicity. 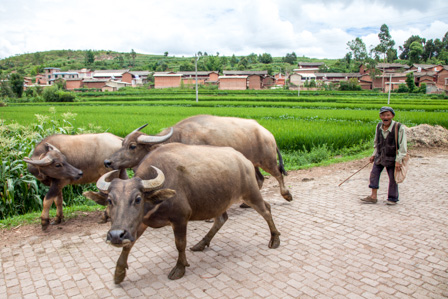 Everyone we met, from the villagers, to the vendors, to this man making his way along the road, were incredibly friendly and welcoming. However, the water buffalo did seem a bit wary of our camera. 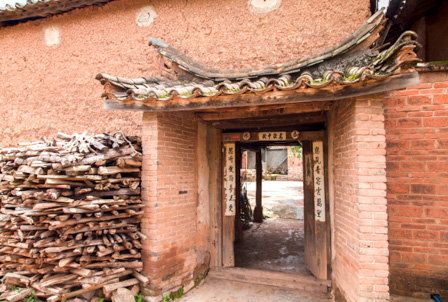 With dusk approaching after a solid day of collecting, sorting and selling wild mushrooms, it was time for the villagers to get back home and cook the choicest specimens for themselves. 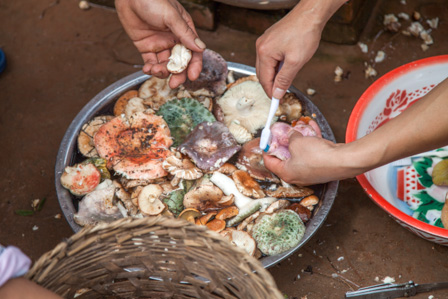 The family we were visiting had collected three varieties and cleaned them all thoroughly with a toothbrush. In the rinsing bowl are tiny niuganjun, green-tinted qingtoujun (青头菌) and reddish ganbajun (干巴菌). 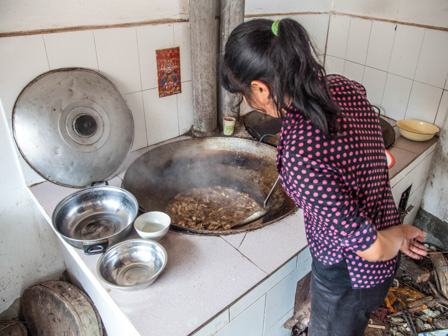 A wood-fired hearth was used to cook dinner and mushrooms were prepared in the typical Yunnan style. To help add delicate and complimentary flavors to the mixed fungus dish, small amounts of chili, garlic and Sichuan peppercorns were added to the simmering wok. 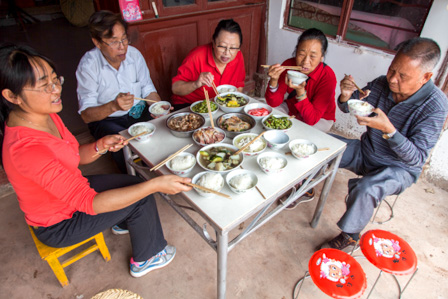 Dinner was of course a family affair. In addition to dishes of pumpkin, beans, ham and radishes, there was the amazing bowl of stir-fried mushrooms. A mushroom flavored soup rounded out the meal. Everything was simply delicious.

Editor's note: The names of mushrooms given in the article were those provided by locals from Heqian. They may be local vernacular. If you know the scientific name, or a more universal Chinese moniker, please don't hesitate to comment below.