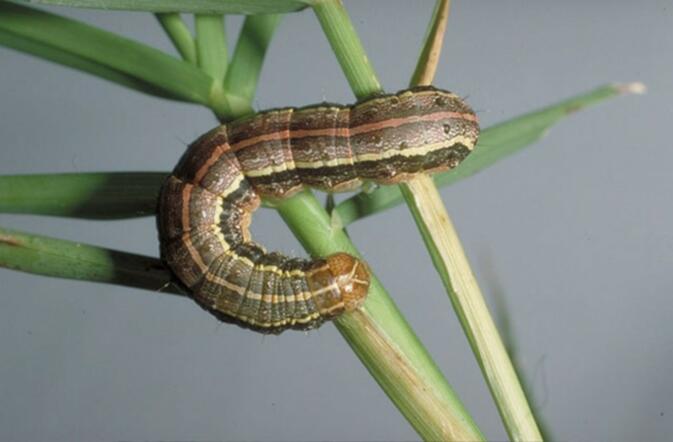 A new pest is invading farms in Yunnan, one that has already chewed through enormous swathes of cropland in Africa. The fall armyworm arrived South of the Clouds in 2018, but as the spring growing season gets underway this year, the march of this invasive species into China and Southeast Asia has become serious cause for concern.

The possibility of a plague striking Yunnan and neighboring countries to the south is severe enough that the United Nations Food and Agricultural Organization (FAO) held a conference on the matter recently in Bangkok. Of major current concern are rice and corn farms in Thailand and China's Yunnan province — the latter of which reported infestations in the prefectures of Pu'er and Dehong in January.

The items up for discussion in Bangkok were how best to raise awareness of the pest among farmers and government bodies, as well as how to implement preventative or curtailing measures in the face of a worm invasion. Many of these measures developed in Africa, where the fall armyworm destroyed an estimated US$13 billion in crops in 2018, only two years after it first arrived on the continent.

Despite its name, the fall armyworm is actually a species of moth in the larval stage of its life. At that point in its development, clusters of the bug have voracious appetites and can subsist on 80 different types of cultivated food. Among the most targeted is maize, and that is where Yunnan comes into the picture.

China produced 256 million metric tons of corn in 2018, accounting for 21 percent of the global total. While Yunnan crops only yield a small portion of that huge total, the province represents a gateway of sorts — it is the southernmost region of China's 'corn belt'. How Yunnan deals with the projected fall armyworm infestation, therefore, may have huge ramifications for the other ten provinces where corn production is of great economic importance.

Pesticides — the obvious but also most heavy handed response to new agricultural pests — are one option for slowing the spread of fall armyworms. Early identification and the removal of pockets of the insects is another. In North and South America, where fall armyworms originated, natural predators and parasites help to limit infestations.

The FAO has already developed a phone app farmers can use to identify the bugs and that also "teaches the basics of how to [...] deal with [them]", according to an Associated Press report. Making that app available to the Thai and Yunnanese farmers who are seeing more and more fall armyworms in the their fields cannot happen fast enough. The Chinese Academy of Sciences has also teamed up with domestic agribusiness interests to look for a viable long-term solution.

In my wife's hometown - and I assume many small-scale farms elsewhere - corn from the farmers' own fields is the main feed for pigs, trade of which has already been impacted by african swine fever.