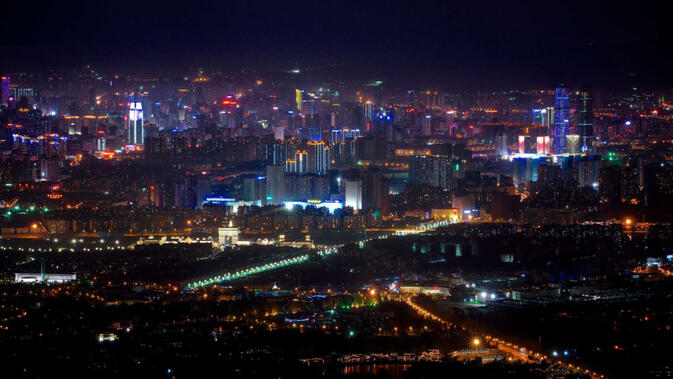 The rapid growth of China's cities, both in terms of population and land area, has brought challenges for those who govern urban spaces, especially in the fields of employment, security, welfare and neighborhood conflict. In response, municipal governments across the nation are pushing the same two initiatives.

First, municipal officials have embraced the need to "refine" the country's cities. From vast metropolises like Beijing, Shanghai, and Guangzhou, to thousands of smaller Chinese municipalities, the same government-sponsored buzzwords appear — "high-end", "aesthetically pleasing", "cosmopolitan". Chinese urban planners strive to realize socially positive notions of "modern" and "green", and the most successful are recognized by government ministries in a series of competitions. Cities are also eager to earn national awards for being exceptionally clean or "civilized".

Municipal officials define "refinement" in remarkably similar ways. Typically, it involves inviting a renowned international architect to design a capital-intensive landmark building — say, Zaha Hadid's Guangzhou Opera House, or Meinhard von Gerkan's Chongqing Grand Theater. Officials may also clear huge public squares in front of municipal government buildings, construct avant-garde statues largely devoid of any local cultural or historical significance, and erect "central business districts" that resemble cut-and-pasted copies of the Manhattan skyline. The natural result is often cities that are indistinguishable from one another, something that continues to be a source of public complaint.

"Refinement" also means clean urban environments, a sense of order and standards for the appearance of residences and street advertisements. The funds for these changes come from local governments, but they are not always used wisely. In March, officials in Kunming, a city in the southwestern province of Yunnan, remade all the street signs in Xishan District with white lettering on black backgrounds, a color scheme traditionally reserved for funerals. The decision soon attracted public attention, and within two days, the local management bureau replaced all the signs again, this time in a coffee color. Throughout this entire ordeal, local business owners were allowed no input or choice. 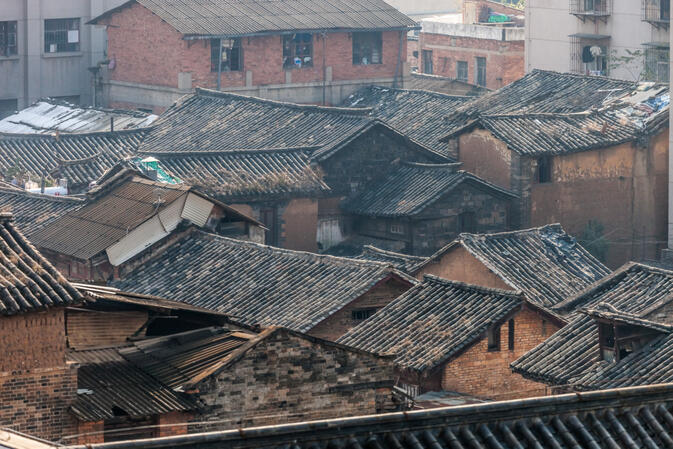 Urban managers don't want their cities referred to as zangluancha (脏乱差) — a colloquial term used for anything substandard that combines the characters for 'dirty', 'messy', and 'inferior'. Anything that does not meet aesthetic standards is often derided as zangluancha and quickly becomes subject to a government-orchestrated "targeted cleanup campaign". Citing safety concerns, local officials often arbitrarily demolish temporary or basic housing units and commercial buildings, increasing the likelihood of conflict with locals.

Municipal officials strongly mobilize behind the notion of "maximizing efficiency", which they usually interpret as a requirement to rapidly meet local development goals. Roadsides, overpasses, and highway billboards in cities all over the country are emblazoned with slogans exhorting locals to "Go All Out for 60 Days to Clean Up the City" or "Work Hard for 100 Days to Put the City's Appearance in Order". Many cities designate times each year for the government to carry out massive cleanup campaigns. During those periods, the entire bureaucratic workforce — usually including the mayor — turns up to sweep the streets and pick up trash.

For city leaders, cleanup campaigns carry more than a hint of political theater. Many seem to believe that concentrating their labor resources to rapidly improve the environment makes them look highly efficient and responsive to local needs. High-priority missions like these not only spur recalcitrant lower-level officials, but also give residents visual proof that the government is hard at work fixing the problem.

The dual emphases on refinement and efficiency are a product of urban China's political ecosystems. Many officials have uncertain terms of office and face intense competition for promotion within the state bureaucracy. The central government assigns most high-level personnel to local governments. Any mayoral assignment is therefore loaded with uncertainty, given that they can be demoted or reassigned at any time with the stroke of a pen. 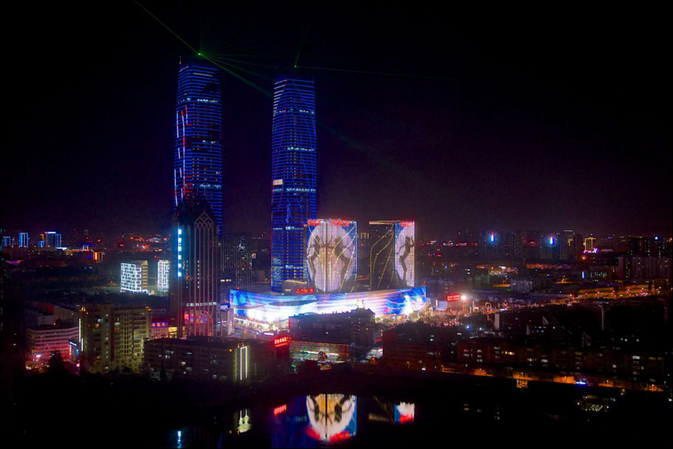 Supposedly, the main strength of this system lies in the way it prevents the formation of local interest groups that sometimes arise when officials stay in a single place for too long. But on the flip side, the system also requires mayors to demonstrate results in a short period of time. Officials must find a way to make their resumes stand out if they want to compete for promotions.

China was for so long a traditional agricultural society, and urbanization is a relatively new phenomenon here. Only after the start of the reform and opening-up period in the late 1970s did large numbers of government officials first have the opportunity to visit and learn from the cities of, say, Europe, the United Sates or Japan. For many, experiences they had abroad stood in stark contrast to the Chinese cities of the time, many of which were perceived as backward and disorderly.

Perhaps it is no wonder that officials still lavish attention on state-of-the-art facilities and infrastructure. After all, they are comparatively simple to plan and highly visible once built, and also dovetail with modernization goals. But in focusing too much on headline-grabbing investments, municipal officials frequently ignore ways to make city life more convenient and comfortable. As a result, many of China's cities have become showcases for local governments, rather than living, breathing communities of people.

Of course, it is rational to try and make cities cleaner and more beautiful. But stubborn demands to realize ill-defined cleanup goals in impossibly short periods of time largely put the cart before the horse. China's current urban management methods place too much emphasis on order and unity, all while overlooking the primary function of the city — to conveniently house large numbers of people in high densities. 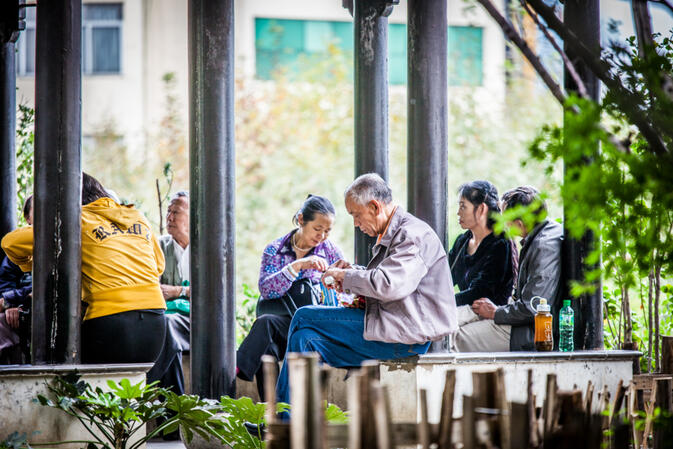 As an example, in recent years many Chinese cities have lined narrow roads with trees in the name of urban greening. Is this an aesthetic improvement? Almost certainly. Is it practical? Well, given that it limits space for cars and pedestrians, probably not.

East Asia's most forward-thinking cities, with their well-documented population density problems, tend to focus instead on preserving and expanding existing green spaces. Tokyo, Seoul, and Hong Kong are all good examples of vast cities with comparatively large stretches of parkland that provide relief from urban stress. In these cities, officials seldom squeeze in extra trees or flower beds in "leftover" public spaces — beside the highway, for example, or in crowded residential areas. In such places, the need for green space is secondary to the need to increase road width and encourage people to travel on foot or by bike.

China has ambitious goals for the future of its urban spaces, and the central government is currently drafting plans to pull a number of its cities up to the same level as other global centers. For this process to run smoothly, municipal officials need to calm down a bit. Let's focus on improving our cities incrementally, rather than impetuously throwing our weight behind huge and rapid urban renewal projects.

In some cases, China's city managers have already started embracing more inclusive forward planning, seeking to fine-tune urban spaces rather than overhaul them. Central government regulations now require local-level officials to stick closely to existing urban plans. Even if the officials themselves are replaced, their successors may not change city blueprints arbitrarily.

At the same time, local people's congresses, charity organizations, and social media users are playing a more active role in urban cleanup campaigns. Municipal managers in the eastern city of Hangzhou, for example, are deliberately prioritizing the issues residents care most about. Many charitable organizations and community events have played a vital role in this project, and the government has responded actively to many of their suggestions. In doing so, they are helping to further the narrative that the only way to improve urban living is to better residents' quality of life, not the city's outward appearance.

Editor's note: The above article was authored by Zhou Wang, an assistant professor at Nankai University's Zhou Enlai School of Government. It was translated into English by Kilian O'Donnell and first published April 23, 2018 on website Sixth Tone under the title "Urban Officials Are Spoiling the Cities They Should Be Improving". It is republished here with permission and edited to fit GoKunming style guidelines.

I live near Haigeng Park. I love the way that there is a new section of Hubin Lu that is not safe for pedestrians, and another part that is not safe for cyclists. They have now banned cycles from a section of, what was, cycle path along the side of DianChi lake.
Another example of lack of continuity. There is a huge spend to upgrade Cuihu (Green Lake) area. It would be nice if they finish the long overdue subway first. Hopefull Cuihu will be finished before we have another change of Mayor, who will focus on HIS projects as the priority.

Top-down from Beijing, top-down locally - cooperation everywhere seems to be a matter of 'tinghua'. Maybe something is being missed here?

Let's hope they never get a chance to clean up Paris or Rome by banning tables outside cafes.

From the article - lining narrow roads with trees - practical? I don't think it limits pedestrian traffic much. Less space for cars? Yes.
The problem is that of building/expanding cities for private cars rather than for people.

In some streets trees definitely limit pedestrians, sometimes pushing them to walk in traffic..Remember, just because you have not seen it, that does not make the messenger wrong.

@tiger: I think the problem is the traffic, as well as construction, which is what puts me walking in the street most often. But we don't need all that traffic.

China is the only country in the world where all pavements ('sidewalks' for the Americans) have those annoying textured paths for blind people to follow. In 5 years in China, I have never seen a blind person using them. When you add in the trees every 5 metres, the high kerbs, and the public bikes parked everywhere, it's sometimes quite difficult to walk, especially with a pushchair. But these are mere nitpicks compared with the tragic destruction of the beautiful old style neighborhoods all around China. There are hardly any left.

I should have said 'the only country I have been to'