Lijiang man raises bear, mistakenly thinking it was a dog 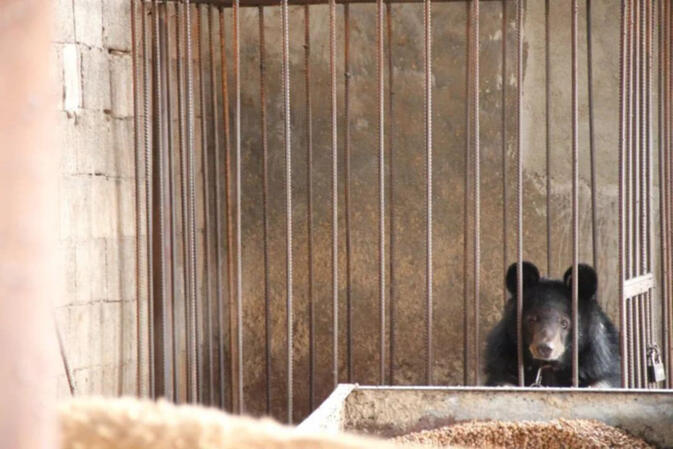 Imagine doing what you think is a good deed — rearing a puppy abandoned in the unpopulated mountains near your house perhaps. You take it home, let it play in your yard, feed it and raise it to be a good dog. Then, after a growth spurt, you come to realize you've actually adopted a wild black bear.

That is the situation a man in rural Yunnan found himself in before Forestry Police recently confiscated his pet. The odd little saga began a nearly three years ago in the village of Xiayun (下云), 70 kilometers southeast of the prefectural capital of Lijiang (丽江). At the time, three friends wandered through the countryside searching for mushrooms. Then they found the dog.

This is the story a man given the pseudonym Yang Moumou told police when they first arrived at his home in February 2018. The authorities tracked Yang down after concerned citizens reported him for possible animal abuse when he posted pictures of the pet bear on microblogging outlet WeChat. 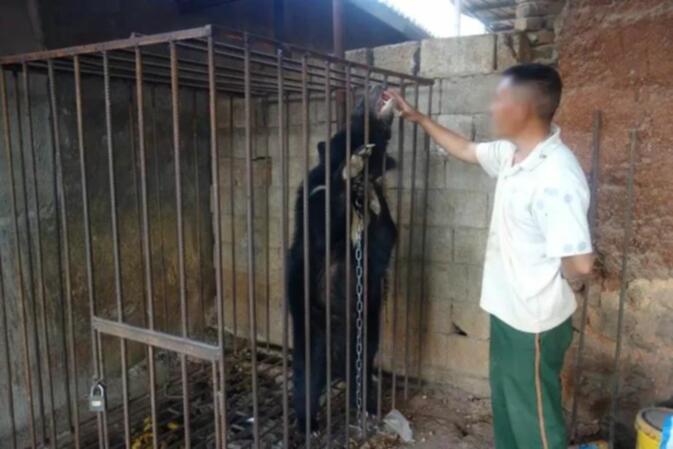 In Xiayun, investigating police officers found the 'dog' in question was actually an Asian black bear — also known as moon bears — and therefore protected under stringent national animal preservation laws. Yang faced a litany of possible charges, including failure to obtain a wild animal domestication license and endangerment of a protected species. Investigators were concerned for the bear's overall health, as Yang had been keeping it in a small cage ever since it grew to weigh more than 80 kilograms.

But Yang explained that up until recently the animal had played with his children and often slept in bed with him and his wife. Indeed, what police found, according to veterinarians brought in to assess the animal's condition, was a perfectly healthy and well-kept animal. Forestry Police corroborated Yang's story of finding the bear and, citing its condition, dropped all charges.

The animal is now at a wild animal facility maintained by the Lijiang Forestry Bureau. It will be kept there until staff is confident the bear can survive on its own in the wild. The story of Yang and his 'dog' has seemingly ended well, which is not always the case in news reports of wild animals in this area of China. At the beginning of 2018, a Chinese businessman in Myanmar shot a black bear to death with an automatic rifle, while in Yunnan, tales of rare animal smuggling — also with dog-related themes — occasionally make headlines.

Either a really dumb guy (plus friends, family etc) or a well played excuse lol!

Funny I heared this story already last year. Or was it discovered in Feb 2017 ;-)
Or does something like this happen frequently?

Yep. Which is why it keeps happening as lemon has noticed.

He probably thought leaving the animal in the forest would be unbearable.

Firestone's Easy Jack IPA is Back on Tap

Devkh Live at The Turtle Bar!