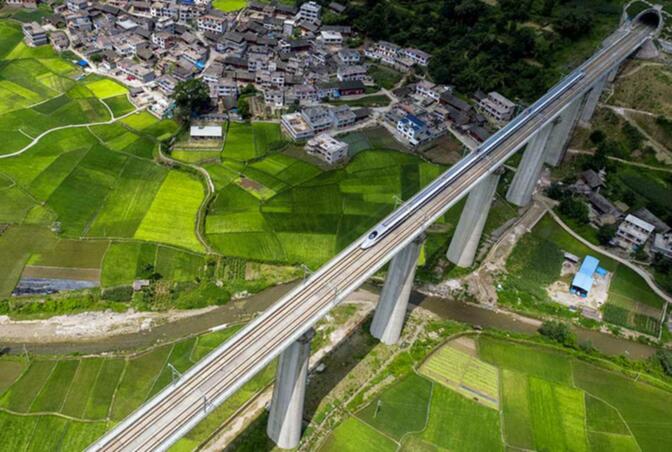 Editor's note: We cover railway issues quite a bit here on GoKunming. That's because train travel is a defining feature of life in China. But we also track these types of stories because the building of new high-speed lines into and out of Yunnan is part of a major strategy attempting to boost travel and logistics industries South of the Clouds.

That grand design was called into question last week, as reports surfaced that sections of the Shanghai-Kunming High-speed Railway (沪昆高速铁路) in Guizhou have major structural issues. Website Sixth Tone published a summary of the situation authored by Bibek Bhandari on November 14. It is reprinted below, with permission.

Less than a year into operation, the high-speed rail route connecting Shanghai to Kunming in southwestern Yunnan province has been found to have safety issues that could have endangered the lives of passengers, media reported November 14.

China's national rail operator told The Paper that it had found several train tunnels cutting through the hilly terrain of southwest China's Guizhou province to be substandard.

According to The Paper, China Railway has reprimanded four companies involved in the construction, supervision, and design of the Guizhou section, as well as a third-party inspection firm, and issued various penalties. The main contractor held responsible, China Railway 20 Bureau Group, has been barred from bidding on national rail projects for the next year and will be held liable for 90 percent of the cost of repairs, while two other companies will shoulder 5 percent each. 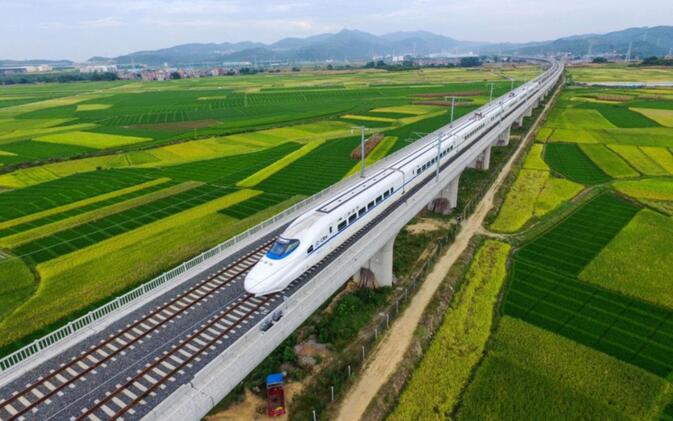 A local news blogger in Guizhou was among the first to expose the route's safety issues on Monday. In a Weibo microblog post that has since been deleted, he shared photos of shoddy construction in one of the tunnels and leaked internal documents from China Railway noting several accidents between June and July that prompted the company to start an investigation. The blogger also accused rail contractors of corruption.

The Shanghai-Kunming train connecting China's financial hub with popular tourist sites in the country's southwest began operation in December 2016 at a top speed of 300 kilometers per hour. But according to the blogger's post, the service reduced its speed to 70 kilometers per hour while passing over the North Pan Jian Bridge in Guizhou due to safety concerns.

China's high-speed rail network has seen explosive growth over the last decade, shortening travel times across the country and offering stiff competition to airlines. But authorities slammed the brakes after a deadly 2011 train crash in the southeastern city of Wenzhou, near Shanghai, which was blamed on mismanagement and design flaws.

From August 2011, a month after the accident, train speeds across the country were reduced. But two months ago — more than six years after the crash — China launched new bullet trains that zip between Shanghai and Beijing at 350 kilometers per hour.

Slower-speed subway systems have also had their share of troubles. In March, a whistleblower's exposé on social media prompted authorities in Xi'an to replace 30 million yuan ($4.5 million) worth of faulty wiring through the northwestern city's metro lines. Contractors constructing the subway in Chengdu, in southwestern China, also announced that they would replace cables from the same company.

I'm sure that's just the tip of the iceberg. So much corruption in the construction business. I'm sure that a lot of these new buildings here have similar issues and we won't know until it's to late.

Is there by any chance a Wechat ban in China during work? If so, then it should be enforced, and to the maximum, "brushing wechat" must cause numerous accidents.

Me, I recently flew one domestic airline - lets drop mentioning it but you may guess which one - and the aircrew staff was sitting in the back area of the plane during takeoff (and turbulence), with their mobiles 刷微信, as it is said ("brush wechat"), so that they forgot the f-kin food in the owen and smoke and burn came out. That was scary enough, but even more scary the thought if the homogenous hordes on the plane woukd have started to panic and run allover. You see the cops and guards sitting with their mobiles "brushing Wechat" on duty, you see staff everywhere doing it, you have cabdrivers doing it while driving, I mean, after witnessing all this stuff - and its endless - it felt very uncomfortable to take the 400km/h high speed train from Shanghai, there was constantly the thought the driver in charge of the train may be "brushing wechat" and forget to pull the breaks in time!

I think the Chinese character 刷 here means 'swipe' as in 刷卡(swipe card) though 刷 also means 'to brush'. I could be wrong. Anyway, you are absolutely right about people's obsession with Wechat and the need to be on their cellphone 24/7. Horrible times we're living in.