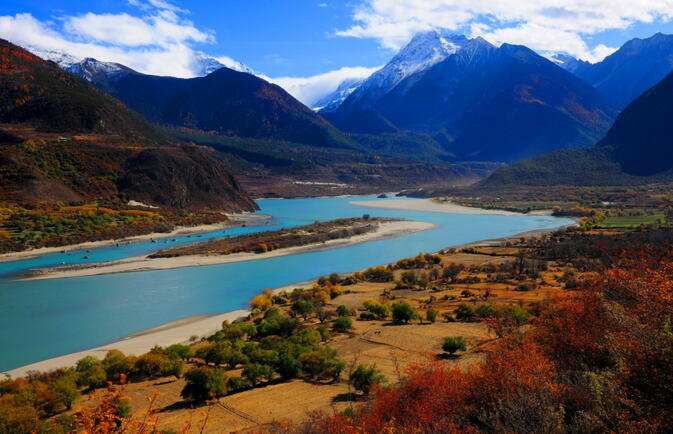 On October 29, South China Morning Post reported China has plans to dig the "world's longest" tunnel in order to move water from the Himalayan Mountains to the Tarim Basin in Xinjiang. As a very expensive warm-up, engineers are first attempting to create a 600-kilometer water diversion project in Yunnan to prevent future droughts.

The former of these two schemes involves redirecting water from the Yarlung Tsangpo River and sending it north to the Taklamakan Desert. While the project would be an enormous feat of engineering, Zhang Chuanqing, of the Chinese Academy of Sciences' Institute of Rock and Soil Mechanics, told SCMP it would make arid "Xinjiang [...] boom like California". He also argued that while the endeavor is not currently a possibility, "five to ten years from now, the technology will be ready and the cost affordable, and the temptation of the benefits will be difficult to resist."

That infusion of knowledge and technical abilities is expected to come from Yunnan province, where work began on a 600-kilometer water diversion effort in August. Engineers are now busy creating a waterway — much of it underground — connecting the Jinsha River (金沙江) in the province's northwest near Lijiang (丽江), to centrally located Dianchi Lake (滇池) and other bodies of water further south.

The water in question will be funneled southeast through naturally occurring rivers and lakes when possible, first passing near the cities of Dali (大理) and Chuxiong (楚雄) before reaching Kunming, Yuxi (玉溪) and Honghe (红河). However — and this is where the feats of engineering figure in — the diverted cascade will also flow through a series of 129 as-yet-unbuilt underground passages, aboveground aqueducts and canals.

The trick will be building the 63 tunnels safely and permanently. Many of them pass through seismically active areas and will require new methods of construction and on-the-spot solutions. One idea is to create tunnels with flexible seams based on the pliable joints connecting modern trains and subway cars, according to the SCMP report. Enormous boring drills — some of them more than nine meters in diameter — will also be put to use. 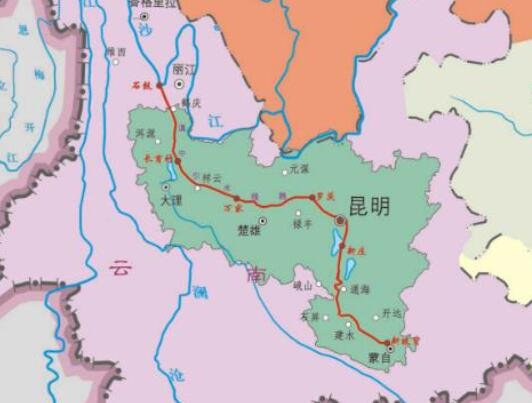 The intended goals of the Yunnan project include providing more water for municipal, agricultural and industrial use during times of drought. The work of creating tunnels to siphon off water from the upper reaches of the Yangtze is an eight-year affair expected to cost 75 billion yuan (US$11.3 billion). It represents Phase II of the Dian Zhong Water Diversion Project (滇中引水工程), Phase I of which was completed in January 2016. Of added benefit to the overall endeavor, according to local media reports, will be the influx of clean water into several lakes suffering from major environmental degradation, including Dianchi.

Any moves to actually initiate a larger project in Tibet and Xinjiang focused on agriculture will therefore require keeping a close eye on what happens South of the Clouds. The Yunnan work "is to show we have the brains, muscle and tools to build super-long tunnels in hazardous terrains, and the cost does not break the bank", soil engineer Zhang told SCMP.

But feasibility and know-how in quake-prone regions are only two issues standing in the way of any future diversion of Yarlung Tsangpo water. The river is the headwaters of the Brahmaputra, which flows through both India and Bangladesh. Those two countries will undoubtedly have significant concerns regarding any Chinese drawing off of water resources, especially as the glaciers feeding the river continue to recede.

As mentioned above, some Chinese engineers envision the desert in Xinjiang blooming like those in southern California did back in the 1950s and 60s. Other experts remain cautious. Of the Tibet-based scheme, Zhou Shiqiao of the Institute of Tibetan Plateau Research in Beijing told SCMP, "It will change the landscape of an entire region. To my knowledge, no environmental evaluation has been carried out. The nature and scale of the impact remains in the dark." Yunnan may provide the blueprint, but the fate of the Yarlung Tsangpo remains up in the air.

I can't imagine they are actually going ahead with these abhorrent plans...

If in fact this project would draw watercourse away from India or Bangladesh, where many ruralites have ecologically relied on their downstream rivers, it would risk reigniting geopolitical "rock-throwing" tensions... but i'm guessing they've already conducted cost-benefit analysis. Chinese droughts and lack of arable lands have always been a major national concern.

Seems China can also use water resources in addition to economic resources to balance the relationships with India and Bangladesh.

Not a pleasant thought for water-strapped India - but a future reality.

Sections of rivers that flow through different nations cannot be thought of as, simply, national property; national regimes ultimately cannot deal adequately or justly with global problems, because they will not.