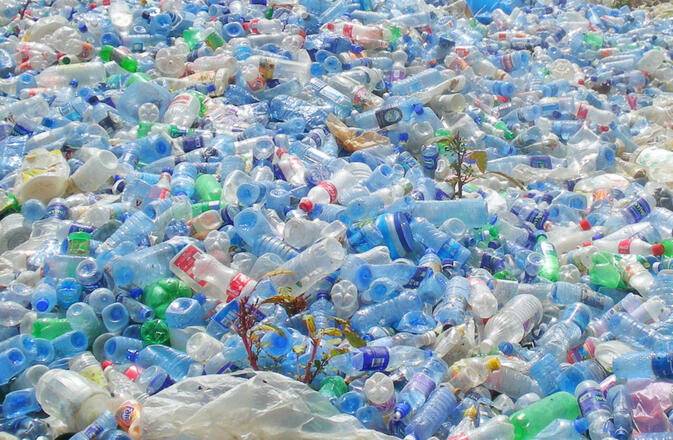 We are producing ever greater amounts of plastic — much of which ends up as garbage. What's more, because plastic does not break down in the same way as other organic materials, it can persist in the environment for hundreds of years. Scientists from the World Agroforestry Centre (ICRAF) and the Kunming Institute of Botany in China have recently identified a fungus which could help deal with our waste problem by using enzymes to rapidly break down plastic materials.

Plastics are ubiquitous in the modern world. From the phone or computer on which you're reading this article, to the car, bus or bike you use to get around and even in many clothes, plastic plays a big part in your life. However, the tremendous increase in the production and use of various plastics is a huge threat to the environment: plastic waste can choke waterways and soils, release harmful chemicals, and poses a threat to animals which can mistake plastic debris for food.

Due to their xenobiotic nature — meaning that they did not exist before their synthesis by humans — plastic polymers are not easily broken down by the bacteria, fungi and small creatures that feed on other waste matter. There is increasing evidence that, even when they do somewhat degrade, tiny particles of plastic may persist in the environment, threatening human and environmental health. Attempts to deal with plastic waste through burying it in landfill sites, recycling or incineration are either unsustainable, costly, or can result in toxic byproducts, especially in developing countries which often lack the resources to safely dispose of plastics. 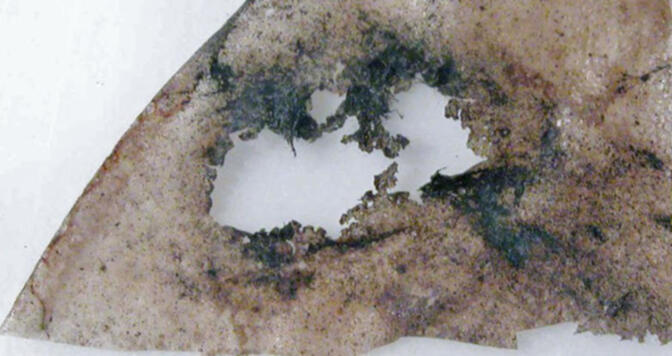 However, the authors of a new study titled Biodegradation of Polyester Polyurethane by Aspergillus tubingensis believe they may have found an unexpected solution to our growing plastic problem in the form of a humble soil fungus. In the new paper, published in the June 2017 issue of Environmental Pollution, they argue that we urgently need to find new, safer and more effective ways to degrade waste plastic.

"We wanted to identify solutions which already existed in nature, but finding microorganisms which can do the job isn't easy", explained Dr Sehroon Khan of the World Agroforestry Centre/Kunming Institute of Biology, and lead author of the study. "We decided to take samples from a rubbish dump in Islamabad, Pakistan, to see if anything was feeding on the plastic in the same way that other organisms feed on dead plant or animal matter".

Aspergillus tubingensis is a fungus which ordinarily lives in the soil. In laboratory trials, the researchers found that it also grows on the surface of plastics. It secretes enzymes onto the surface of the plastic, and these break the chemical bonds between the plastic molecules, or polymers. Using advanced microscopy and spectroscopy techniques, the team found that the fungus also uses the physical strength of its mycelia – the network of root-like filaments grown by fungi – to help break apart the polymers. Even plastics which would otherwise persist in the environment for years can be broken down by A tubingensis in a matter of weeks, the scientists say.

The fungus' performance is affected by a number of environmental factors including pH levels, temperature and the type of culture medium used. The research team say that identifying these could pave the way for large-scale use of the fungus in, for example, waste treatment plants, or for application in soils already contaminated by plastic waste.

The discovery of A tubingensis' appetite for plastic joins the growing field of 'mycoremediation', which investigates the use of fungi in removing or degrading waste products including plastic, oil and heavy metals. Mycologists estimate that only a small proportion of all fungi species have yet been described, which means that vast numbers of potentially useful species are still to be found. However, the destruction of habitats such as natural forests means that many fungi species are likely being lost before they can be discovered. If this continues, we may come to rely more and more on those species we can find in man-made environments — and more scientists may find themselves doing fieldwork in rubbish dumps rather than rainforests.

"Our team's next goal is to determine the ideal conditions for fungal growth and plastic degradation, looking at factors such as pH levels, temperature and culture mediums", said Dr Khan. "This could pave the way for using the fungus in waste treatment plants, or even in soils which are already contaminated by plastic waste."

This article by Andrew Stevenson was originally published by the World Agroforestry Centre. It is reposted here with permission.