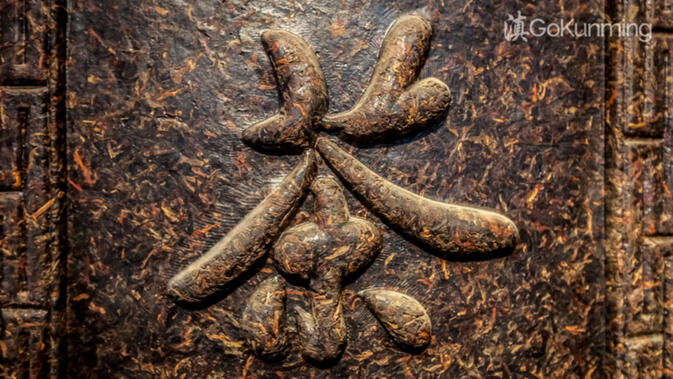 Some things in Yunnan are pretty much sacred — rice noodles, bongs, pickled vegetables, ham and Pu'er tea (普洱茶). Defense of the latter's good name has led industry representatives to threaten legal action against a man who for decades has built a reputation as China's most outspoken truth activist and self-appointed social scold.

The divisive comments in question came from the blog of Fang Shimin (方是民) — better known by his online pen name Fang Zhouzi (方舟子) — who wrote, "I grew in the habit of drinking tea...but there is one I never touch, and that's Pu'er". Not necessarily fighting words, but Fang was not finished.

Further explaining this aversion, he wrote, "All kinds of fungus can grow on Pu'er tea when it is fermenting, and one of those has a very strong link to cancer". Fang then described how the fungus Aspergillus flavus can develop as Yunnan's most famous tea ages. The process, he contended, can lead to the creation of aflatoxins, a group of known poisons and carcinogens.

It was this characterization — that aged Pu'er tea may, under the proper circumstances, contain cancer-causing agents — that infuriated members of the province's tea industry. In response, the Yunnan Pu'er Tea Association (云南普洱茶协会) demanded Fang delete his blog post and apologize. Additionally, the group threatened to file a six million yuan (US$917,000) defamation lawsuit. A related press release reads in part:

The amount of the claim is in accordance with the requirements of the Pu'er Tea Association. There are six million people involved in the Yunnan tea industry, and we ask Fang, in addition to issuing a public apology restoring the good name of Pu'er tea, to also provide each person across the industry with one yuan in compensation for the damage done to their reputations.

As of this writing, Fang has not replied publicly. However, if the blogger and activist's past is an indication, he will refuse to acknowledge any wrongdoing. Fang — who has a PhD in biology earned in the United States — has made his name over 30 years of controversial social criticism. He has questioned health claims surrounding the practice of Chinese qigong, expressed concern over methods used by the country's government-run media, attacked the foundations of Traditional Chinese Medicine and repeatedly called out notable academics for what he characterizes as plagiarism. In many respects, it is remarkable Fang still has a blog.

However, the scientist-turned-critic has lost court cases only three times over the course of his long career — one a defamation lawsuit, one concerned with academic fraud and the last regarding theoretical Daoist philosophy. In each instance he refused to pay court-ordered damages until compelled to do so by law enforcement authorities.

As mentioned, the lawsuit threatened by the provincial Pu'er Tea Association has yet to be filed. But when considering the amount of regional pride wrapped up in each Pu'er bing — coupled with Fang's famous obstinacy — a court battle seems likely. Money undoubtedly plays a major factor as well, as Yunnan derives billions of yuan from the industry each year.

Interesting guy to have around.

I wish I could read the Chinese version of the full press release. The extract only mentions 'damage done to reputations'. But is the association also contending he is wrong? My eyes usually glaze over when lawsuits are mentioned but this one is going to be interesting.

Fang is good for the coffee industry down south

I wonder if he has proof. Documentation and medical reports.

Both sides are soliciting input from chemists, food scientists and micro biologists.

Makes sense. Heck they even change the name from Simao to Pu'er to capitialize on their tea. A lot of money to be lost if the claims are true. Yikes!

"Publish and be damned."

Do you have a link for the original 方舟子 post that made the aflatoxin charge?