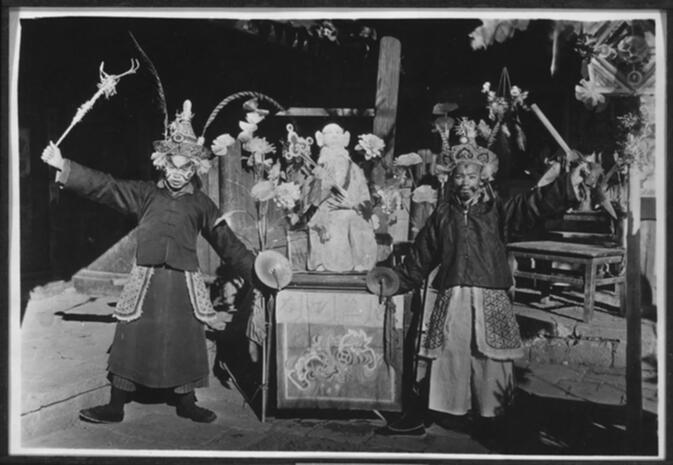 "Two Ngaw-la, or spirits of victory, with face paint, eagle claw, sword, and helmets with pheasant feathers next to an altar with a statue of Mùan-llü-ddu-ndzi, the father of the Naxi."

Rock's photo titles are often extremely brief, so, wherever possible we will include his field notes or parts of corresponding diary entries under each image. On this journey with Rock, we first went to Simao (思茅) — today called Pu'er (普洱) — and then moved on to Dali (大理) and Lijiang (丽江). Our fourth gallery is of the Naxi people (纳西族) who live in and around Lijiang. Rock was enraptured by them, spending more time in Naxi villages than he did anywhere else in China. He was especially interested in dongba — which he often wrote as "dto-mba" — a curious word which can refer to the Naxi language, their holy men, religion and some cultural traditions.

Rock's photo titles and descriptions use a Romanization system he possibly invented on his own. For instance, he often writes 'Lijiang' as 'Lichiang', while in other places the names are inconsistently spelled. We can forgive him, as his photos provide an amazing view of southwest China as it existed 90 years ago. The pictures and text published here with permission. Special thanks to the Yenching Library at Harvard University for graciously allowing us to use them. An enormous collection of Rock's China photos are available through Harvard's HOLLIS image database. 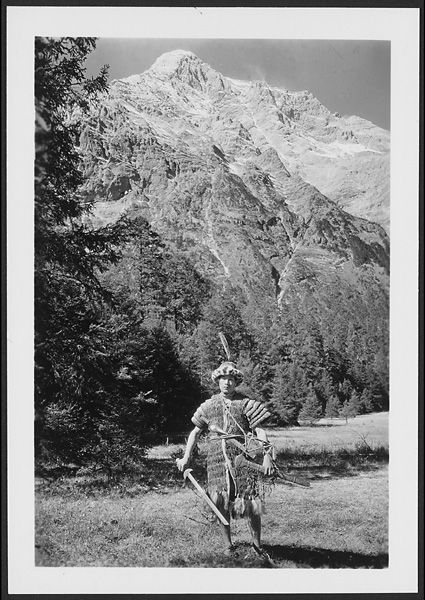 "Armor dating from the days of the Sung dynasty or earlier. Made of Rhinoceros hide. Photographed at Nda-za gko eastern slopes of Li-ch'iang Snow Range, N.W. Yunnan." 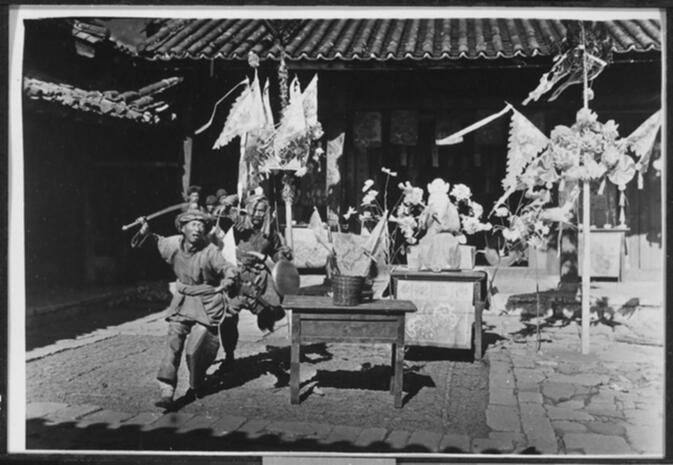 "Scene from the Naxi Szi chung bpö ceremony for the prolongation of life showing men with sword and gong dancing around Muan-llü-ddu-ndzi, father of the Naxi, depicted as an old man with a white beard." 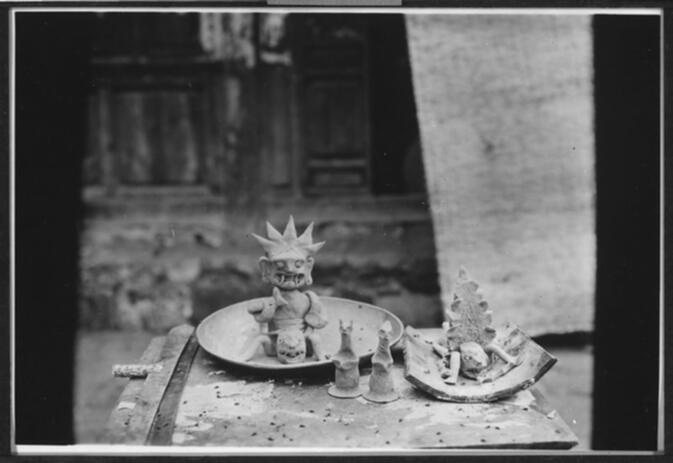 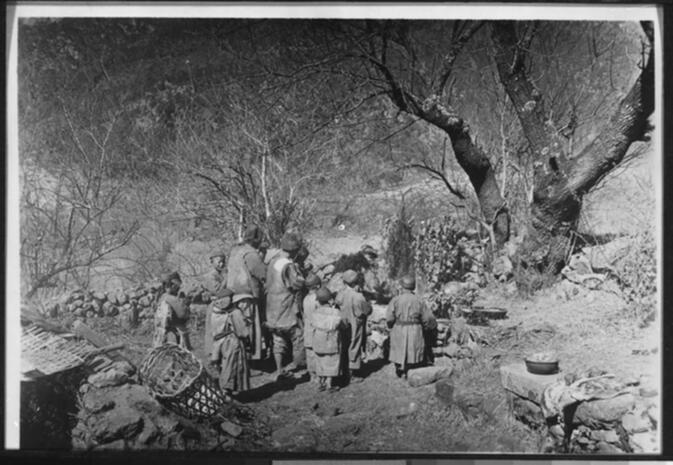 "Na-khi Muan bpo or propitiation of heaven ceremony. Every family that is clan of one name, as Li, Ho, etc., has its own place of worhship called Muan bpo da." 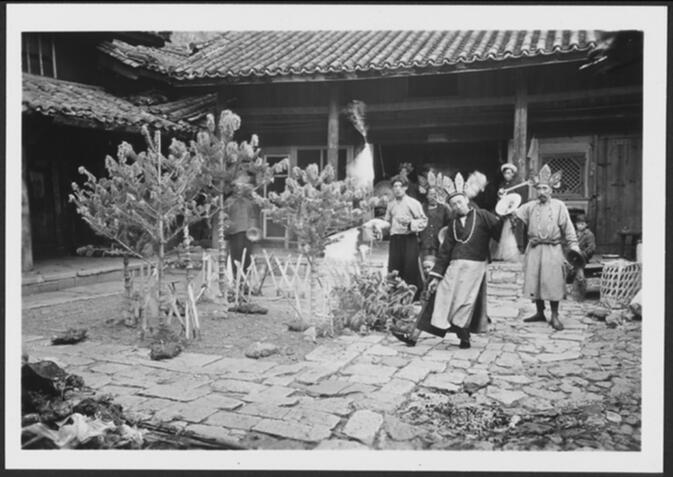 Naxi dto-mbas with headdresses, knives, and musical instruments performing a religious ceremony in the courtyard of Joseph Rock's house Undated 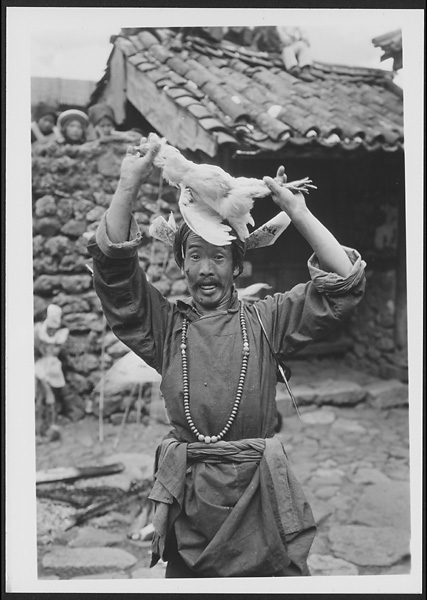 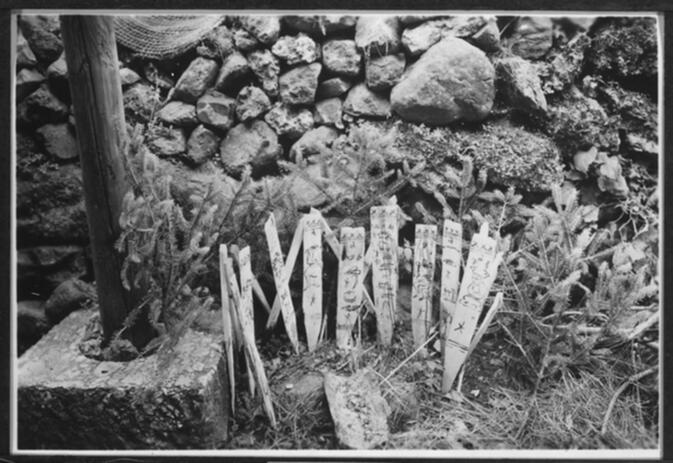 "Dter-la-llü k'o for the propitiation of souls who have died unattended, that is by accident or suicide. They become 'olter or headless demons." 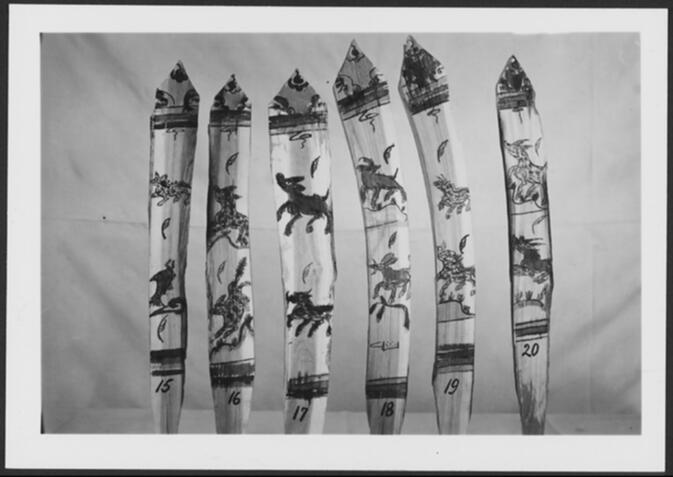 "The larger k'o-byu given to the Nagas for animals hunted and killed." 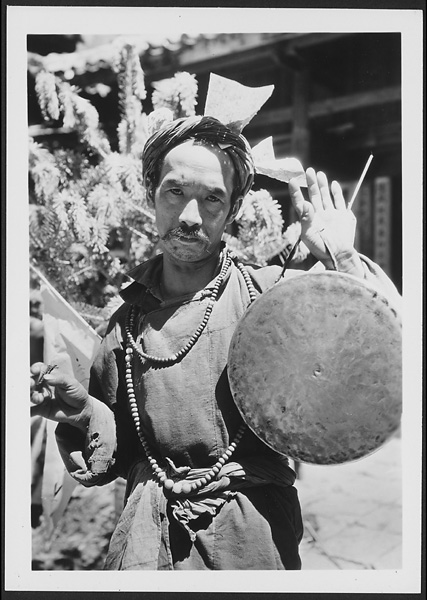 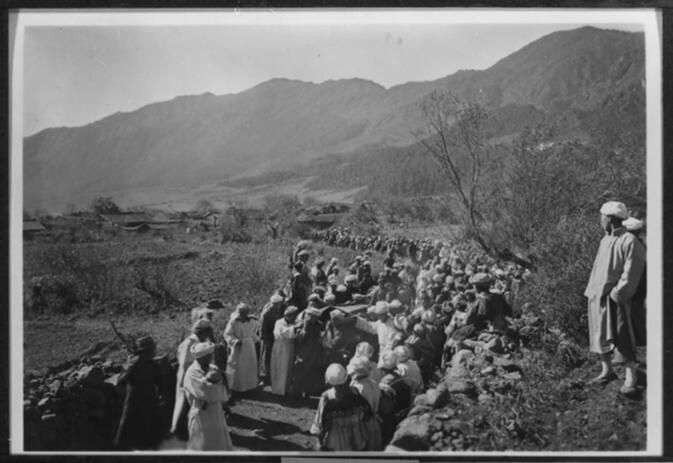 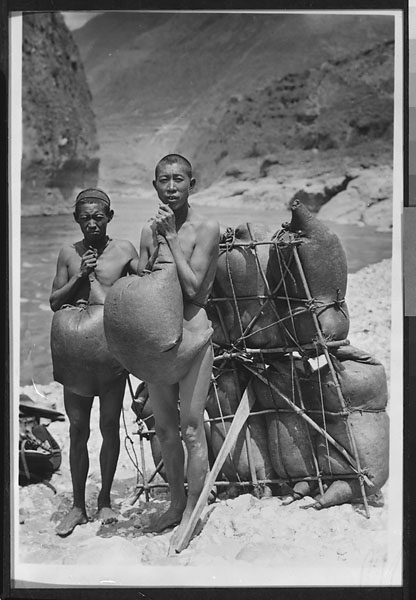 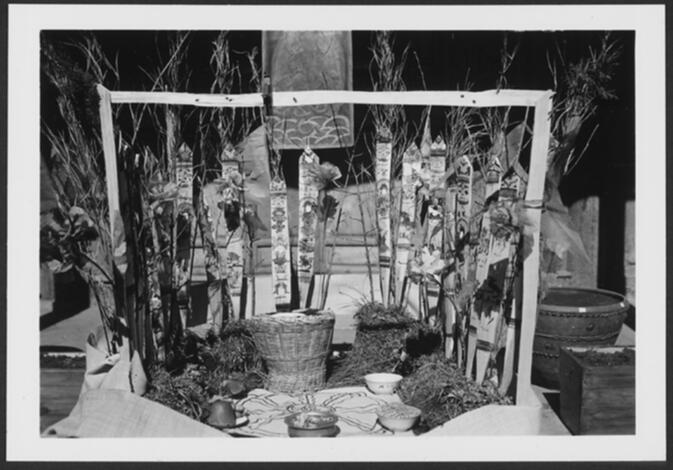 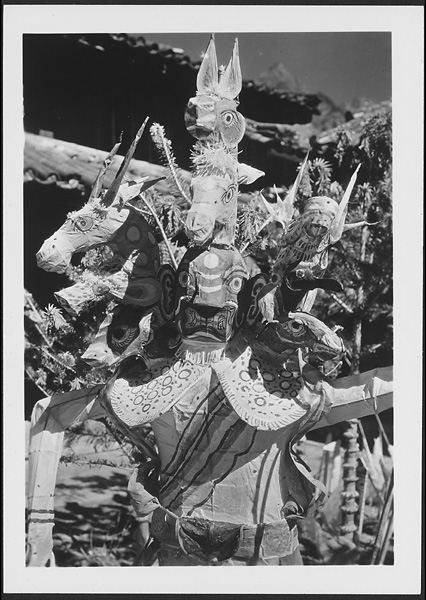 "Naxi dto-mbas dancing with swords around a statue of the demon monster Sso-na-ngv-gu prior to setting him on fire in a meadow near Li-chiang." "The founder of the Bon or his later reincarnation is said to have lived there. North of Li-ch'iang in Chung-tien territory, Yunnan." Joseph Rock (in light-colored suit) and crowd standing in front of the Kunming, a Ford Tri-motor airplane, at the landing field north of Lijiang 1936

"During my brief sojourn in my old village... thousands had come. Many had come to see me Li-ssu-shiang, the lama from Yü-fung Ssu, the old village headman from Nv-lv-k'o, Li-wen-kao, Ho-ssu-tsang, Lau-rü,... the old woman I operated on on a gangreened [sic] foot, the man who had been stabbed and whom I healed.... We returned to the plain [sic] surrounded by a mob. I gave a last handshake to Li-ssu-chin and Lau-rü, the two boys who had been with me to New York and Washington. Li-ssu-chin could hardly speak."

Last photo, who is the scientifical looking guy with the white beard to the left there, could that be Peter Goullard? Looks a bit too old for that or...

According to his own book Peter Goullard was not yet in the area in 1936 so it has to be sombody else.

Good point mengna, but that year sounds suspicious. To have a plane in Lijiang in 1936, maybe Scally could check this again.

He came to Lijiang in 1942 well after the age of the Ford tri-motor.
His only mention of using a plane was when he together with Rock was kicked out in 1949 and this picture is far to relaxed for this with to many non Chinese in the picture.

Well, was there any place to land an airplane in Lijiang 1936. The old airport there, on the way to Mt. Yulong was built during WW2. Is someone trying to say anyone flew over the windy mountains there with that plane and landed on the Dongba steppes as tourists, sounds like Lost Horizon fiction.

On the website "In the footsteps of Joseph Rock" its the same year there, 1936, and mentioned:

"Hired by Joseph Rock to fly from Kunming to see the Yulong Xueshan mountains."

If thats true, then it was one hell an adventure, and Rock had a lot of "face" after that.

Anyway looks like he got a new camera here. Much better picture quality then in previous photo sets.