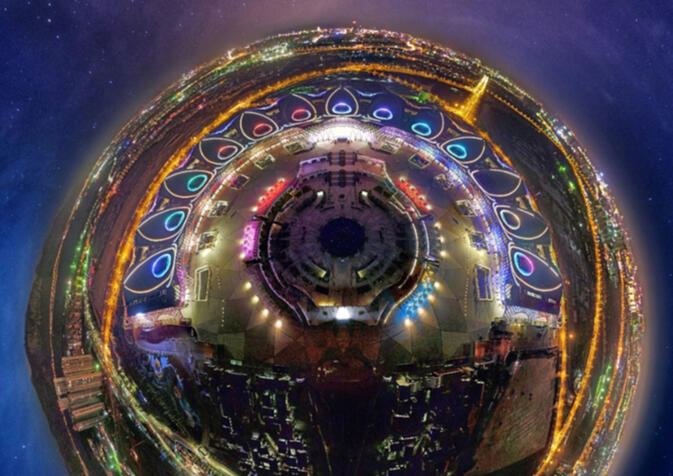 The time has once again arrived for the Spring City's largest and most important trade fair — an annual Bacchanal of wheeling and dealing designed to stimulate Yunnan's economy while also promoting China's Belt and Road Initiative (BRI). As always, the expo is expected to surpass previous incarnations in terms of participation and number of agreements signed.

For the past several years the fair was made up of two simultaneously held events, the China-South Asia Expo and the Kunming Import and Export Fair. However, those affairs will now only be held on even-numbered years. The 2017 version — and subsequent expos held on odd-numbered years — has been rechristened the South and Southeast Asia Commodity Expo and Investment Fair — or Shangqiahui (商洽会) for short.

As it has been for the last several years, the expo is being held at the purpose-built Kunming Dianchi Convention and Exhibition Center (昆明滇池国际会展中心) in the city's Guandu District. Some 4,000 companies representing 86 countries booked display booths for the June 12-18 event. The first day is not open to the public, and is instead dedicated to business networking and elaborate deal-signing ceremonies.

However, beginning June 13, doors open for anyone holding 30 yuan tickets. In 2016, 800,000 people reportedly attended, perusing displays for everything from imported fruit to heavy construction equipment. This year Pakistan is the 'host' country and, as such, will be afforded extra space to exhibit jewelry, brassware, clothing, furniture, carpets and leather goods made domestically. Laos has been singled out as the 'featured' country, and also received additional display room.

The expo is held with the intention of attracting greater foreign business interest and interaction with Yunnan-based companies — with special emphasis placed on Association of Southeast Asian Nations member countries. This principal goal is part of a larger strategy to build up the province's economy while also increasing China's political and commercial footprint in Southeast Asia and beyond. All of these efforts are "in line", as official pronouncements go, with the BRI.

Enterprises from thirty-three countries currently involved in the BRI are scheduled to attend the expo. Tanzania is sending representatives from its tobacco industry, while other African nations are participating to learn about "cooperative infrastructure projects" with Yunnan companies specializing in building hydroelectric dams, highways and railroads.

In addition to the attendant business seminars and forums, the 2017 version of the expo will incorporate more cultural touches. The week-long China-South and Southeast Asia Art Festival kicked off June 11. Screenings of films from 12 countries will be held at the convention center, as will an exhibition of images from 67 Asian photographers.

if traffic is like last year, avoid the area around the exib center unless you have to go past there.

If you are going, be on your guard. Local TV news reports of:
Fake currency, down to 1rmb coins.
Thieves.

On the news it showed tubes of coins. It might have been that money changers were supplying vendors with the small coin they would need when serving customers. In this case the money changers would have been ripping off the foreign vendors.
There were also 100 rmb and 10 rmb notes shown in the news report.