Study: Re-greening of China possibly not so green 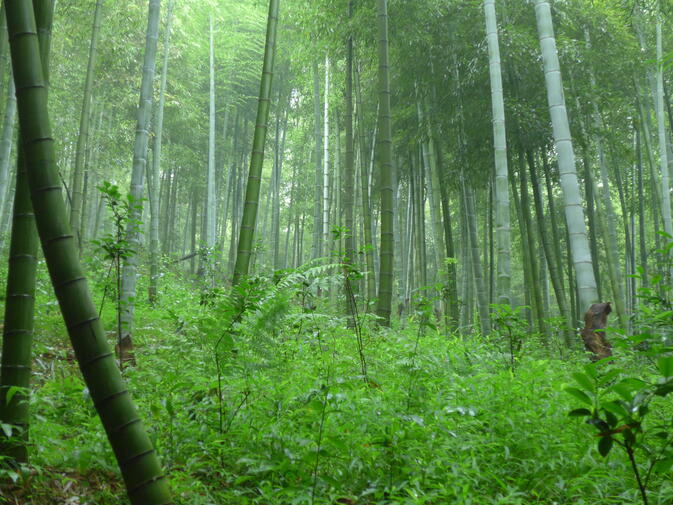 Home to one-fifth of the global population, China is seeing "great pressure on its natural resources, including forests," according to a study carried out by the World Agroforestry Centre, the Kunming Institute of Botany and the Royal Botanic Garden Edinburgh and published in Proceedings of the Royal Society B. The report, entitled China's fight to halt tree cover loss, also raises issue with how Beijing compiles and details reforestation statistics.

Across the country, a concerted effort is being made to reverse the decades-long trend of deforestation. In fact, the Chinese government's spending "per hectare" is more than three times higher than the global average, and Beijing has doled out upwards of 690 billion yuan (US$100 billion) on six key forestry programs in the past decade.

Despite such efforts, the recent study finds that China's forest cover gains are highly dependent upon definition. One has to look very deliberately, argue the authors, at how the term 'forest' is applied in order to find clarity. Researchers carefully avoided using the term 'forest' in their title, says Forest Trees and Agroforestry scientist Meine van Noordwijk, who was not involved in the research. He went on to explain:

[The study] challenged the various definitions of forest that may cause more confusion than necessary, and preferred the more objectively observable 'tree cover' term for discussing what types of changes are occurring in China — whether or not the investments made by the state are delivering the services society wants. Indeed, the trees are bridging a wide spectrum of land uses.

In an article concerning the research, The New York Times reports "official estimates of China's greening campaign overstated its successes" by mistaking shrubs for forests and sometimes labeling land slated for future reforestation efforts as already planted. For example, from 2000 to 2010, the United Nations estimates China has "gained 167,568 square miles of forest" (434,000 square kilometers), or an area roughly the size of California, reports The Times.

However, the new study — which utilized satellite imagery and other resources — reached an entirely different conclusion. Instead, the authors believe China reforested less than ten percent of the UN total over the same timeframe. The enormous discrepancy arises from both terminology and methodology, and could have serious implications as China moves forward with a costly national environmental plan. Seeing the forest through the trees is crucial and, according to report co-author Xu Jianchu (许建初), perhaps "China's forests are not as green as we think."

I find honesty to be a good idea concerning this subject - but hey! governments!

The fist paragraph of the article has been changed to more accurately reflect the research institutions involved in the report.

Seems to imply doubts about the government's claims, no?

@Alien: not in the sense that they've been making stuff up - that's not what the study found - but it does imply that very broad forest definitions may overstate the success of afforestation programmes. These definitions are used not only by China, but by the FAO and by other national governments. The authors also say that China's investments in afforestation could be better targeted (geographically and with regards to the species used).

Refer to this ghostwritten blog post for a discussion of this topic elsewhere.

In west Kunming, Xi Shan mountain, has had tree replanting over the years but is clearly a money grab by local officials with connections. Planting in areas which are better suited for profit rather than reforestation.

@Mike: money grab/profit from what? Or do you mean grabbing of public funds by individuals or something?

ALien...
At the same period the xi shan planting was happening.
there is no accountability where the trees are planted, if at all.

Reforestation in China is a joke. Students go out and plant trees but then the trees are sold to investors for harvest. In 2008, right after the Olympics, trees in the suburbs around Beijing were cut down.

It seems greening projects are pushed until money can be made then trees are turned into cash.