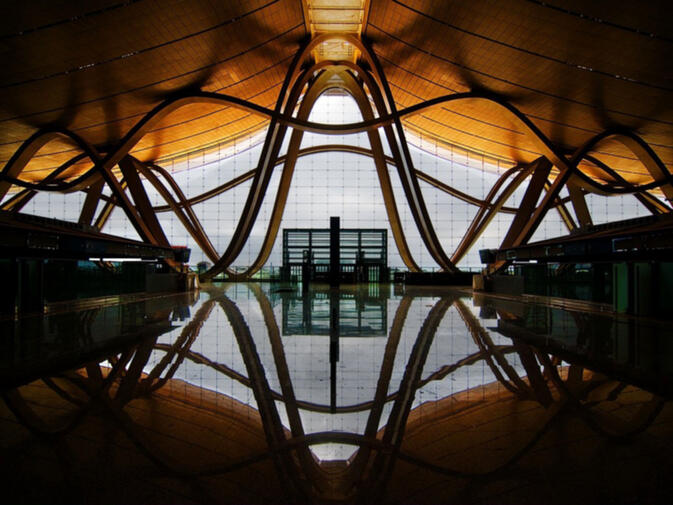 Kunming's international airport sometimes just cannot catch a break. With near metronomic frequency, something occurs inside a terminal or on a plane that simply makes people shake their heads. On April 18, it happened on the tarmac, as a married couple exchanged blows for several minutes in what appears to have been a domestic squabble of epic proportions.

The incident began as passengers boarded a China Eastern flight from Kunming to Chengdu. As is common at Changshui Airport, travelers were bused from their departure gate to a waiting plane. Everyone had boarded except for an unidentified couple, who stayed on the tarmac to argue. The quarrel took a turn for the worse when the man angrily jabbed his finger towards his wife's face. 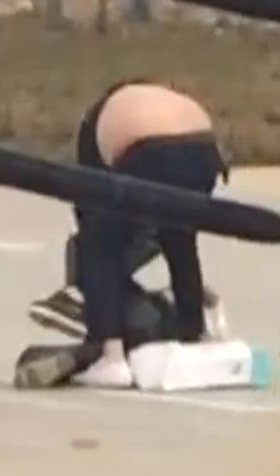 A shaky smartphone video of the fight has made the rounds on Chinese social media, and shows the woman on the ground pulling her husband's shirt off. The man then put his sport jacket back on before engaging in a wrestling match with his wife. Eventually, the plane's flight crew called airport security, who in turn phoned Kunming police.

The pair — who are reportedly going through an extremely messy divorce — was separated and both were taken into police custody. The altercation involved no serious injuries but did delay the flight to Chengdu for 30 minutes. Curiously, neither of the combatants were charged with any crimes, but were instead "educated through criticism" — or "piping jiaoyu" (批评教育) in Chinese — by several police officers, according to multiple news outlets.

This type of tedious and self-important display has become something of a running joke among Kunming residents, as reports of such incidents continue to mount. Over the past several years, multiple ridiculous outbursts have occurred at the city's airport. These have included passengers organizing a sit-down strike on the runway to protest a late-departing flight, a minor provincial official demolishing a ticketing desk in front of his children, a fake bomb threat and several incidents of people attempting to open airplane emergency exists in order to "get some fresh air".

When it first opened five years ago, Changshui suffered a series of self-inflicted black eyes when seemingly normal weather events would bring the facility to a virtual standstill and strand thousands. Those issues have largely been solved, only to have have been replaced by naughty travelers. Last year, the transport hub became the thirty-eighth busiest airport in the world, serving 42 million passengers and posting an on-time departure rate of 88 percent. On Wednesday, however, two self-involved idiots missed their flight.

Not much evidence of security around an aircraft preparing for take-off.

Mass Society & Depersonalization Dept.
A thing that annoys me about this event is that such people, in their absorption with their own problems, the apparent complete lack of concern for the rights/convenience of anybody else - as if those who are not directly, personally involved with you simply don't count.

yep, they dont think. blind to or no concern for others. seen that before lots of times

At the same time more fool a plane full of people who when realising this could delay their flight, didn't stick their ore in and say "there's a plane full of people here who have paid money and want to fly to wherever and get on with our days, but we can't because you two shitbags think you're a bit special."

Same goes for the airplane staff, then the security, police have had to get involved in a lovers tiff and the plane has been delayed because no one wanted to do anything outside of their remit.

once you are air-side there are strict regulations about who can do what where. are they really going to let pax mill around the tarmac? but i suppose in good old zim you just woulda takken out yer baseball bat and waded in, eh!

We would have had a necklacing on the tarmac and had to find two new tyres for the plane. At least a good time would have been had by all while we wated.

Thing about staff/security not interfering probably has to do with general Chinese unwillingness to get involved in other's family affairs, where concerns for others among one's family members are rather strong. Flipside perhaps of the lack of concern for members of general public.