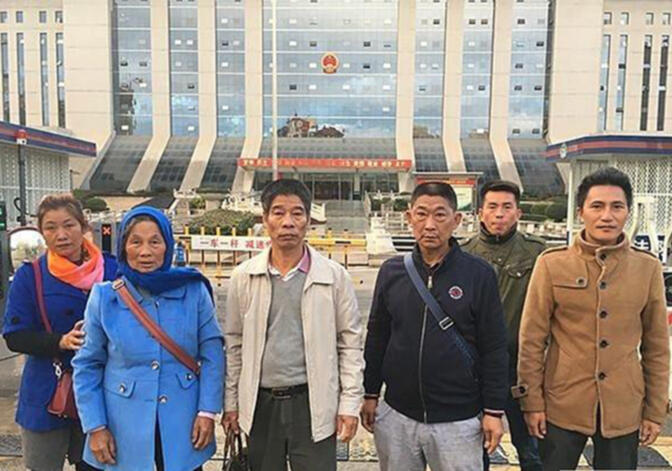 A man found guilty of raping and murdering a young woman in the Yunnan countryside has been completely exonerated after spending four years appealing his death sentence for a prison cell. Lu Rongxin (卢荣新), who was basically convicted for being too drunk to offer an alibi following the killing, returned home a free man just before Spring Festival. He spoke publicly for the first time this week with state media outlet Xinhua.

His saga began in September 2012, when the body of a young woman was found by family members partially buried outside the town of Bujiaozhai (补角寨) in Xishuangbanna. Police concluded she had been raped and murdered, and then hastily buried.

Lu — who lived in a nearby village — was almost immediately questioned as his face was badly bruised by what investigators assumed were wounds inflicted by a struggling victim. Lu could offer no reason for the bruises and was unable to recall where he was, or what he was doing, at the time of the murder. However, friends later confirmed they had been drinking heavily that day with Lu, and he had crashed his motorcycle on the way home, injuring his face in the process.

Soon after the murder, the Xishuangbanna Intermediate Court quickly convicted Lu and sentenced him to death based on DNA evidence. However, through a series of personally written appeals Lu soon found himself back in courtrooms, and both his convictions and sentences slowly began to dwindle. His death sentence was commuted to life, which was next reduced to ten years and then three. By the end, his case was heard by the province's highest judicial body, the Yunnan People's High Court.

After ordering detectives to reopen the case, the court found numerous problems, 25 of them to be exact. There were conflicting reports of how Xishuangbanna police collected DNA samples, as well as disputed autopsy findings and a total lack of Lu's DNA on the victim's body or at the crime scene. The list, the high court found, went "on and on".

Finally, investigators re-examined the crime scene and turned up a ligature containing DNA evidence. During Lu's initial trial he was convicted of bludgeoning the victim to death when in fact, the high court investigators found, she was strangled. A different man's DNA was found on the ligature, providing the final piece of evidence needed to set Lu free.

He was declared innocent and returned home on January 6, 2017. A second man — a minor at the time of the crime — has since been arrested and sentenced to life in prison. For Lu, the odyssey was a painful one and he is preparing so seek compensation. In the Xinhua interview he remarked, "I will never forgive those irresponsible first investigators. With Chinese society now so developed and science so advanced, how can the innocent still spend so much time in prison?"

I hope he gets compensation and that it is all publicized to encourage others to do the same if they are convicted on sloppy cop investigations.

Obviously a good example of what's wrong with the death penalty.

This story is somewhat encouraging. Will the guy get any form of compensation for those 4 years of his life wasted?

Indeed a good example why death penalty is a bad thing. Teaches as well why you should not be "too drunk to offer an alibi ".

Also a good example of why due process, and public defenders are needed. This includes the defense having access to forensic evidence.
This guy was lucky.

DNA evidence is only as trustworthy as the people in charge of examining it and telling the court if the DNA matches (and their boss, and their boss' boss). All in all, not very trustworthy!