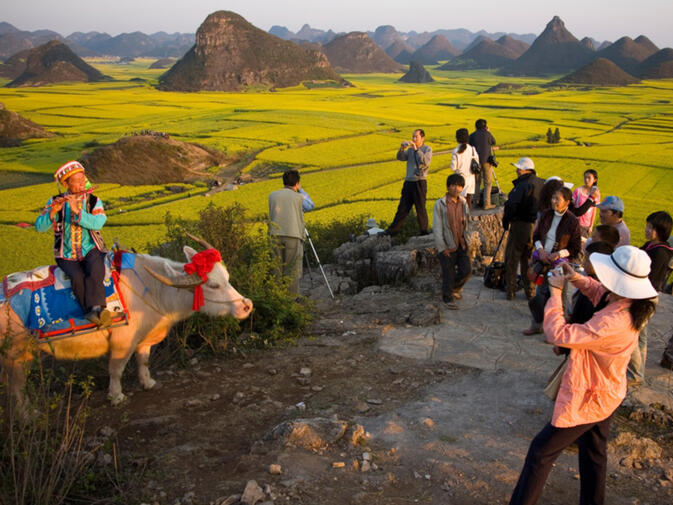 On the bright stage at annual meetings of the National People's Congress, Yunnan's governor vowed to clean up the province's tourism industry. Ruan Chengfa (阮成发) made the comments amid soaring expectations and the emergence of a series of reputation-damaging news stories from the province's premier travel destination — Lijiang — before, during and after China's Spring Festival holiday period.

Speaking at a Yunnan-themed media day in Beijing, Ruan repeatedly characterized the provincial tourism market as "chaotic", "disappointing" and beset by "three major diseases". For an outsider from Hubei only appointed to the post of governor three months ago, these are harsh words indeed.

This level of public criticism both frames Ruan as the inheritor of deep-rooted problems while also setting him up as perhaps the heavy-handed solution. In fact, Ruan pledged that "Yunnan will remediate its problems with an iron fist". While freely mixing metaphors during his speech, the governor explained the "three diseases" thusly:

Firstly, the tourism market — despite repeated government oversight — is not standardized. There are unreasonably low-priced business models, fraud, monopolies, false propaganda, forced consumption and other issues. Secondly, the tourism industry is backwards, relying too much on ticket sales and unable to effectively meet diversified high-end tourism needs. Thirdly, management lags [behind national standards...] and is not standardized or properly organized. The ability to deal with emergencies is also weak. 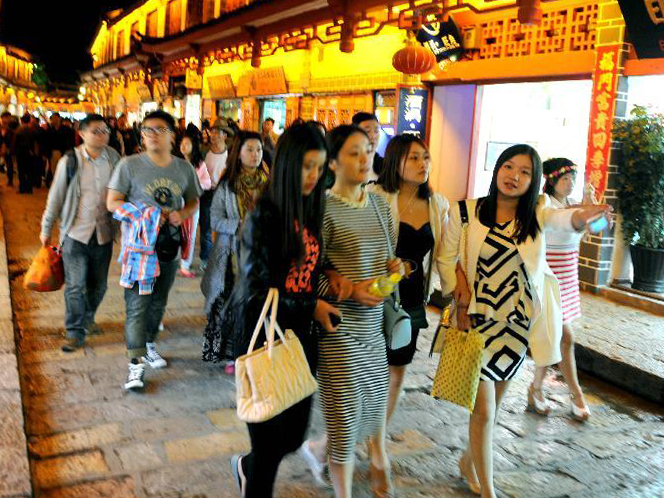 To remedy the problems he said "tourists love to hate", the governor explained that within the month he will issue a series of new marketing and operational guidelines "stricter than any in the history of the province". The ultimate goal, according to Ruan, is to streamline the tourism business through standardization and the implementation of the province's burgeoning big data industry.

Some sort of reform is certainly necessary, as Ruan and his government associates are under huge amounts of pressure from Beijing to transform Yunnan's economy. Tourism is often referred to as one of several provincial 'pillar industries'. Traditionally, these foundational sectors have also included agriculture, mining and hydropower, but a decreased focus on dams and mineral extraction has placed a new focus on attracting ever more visitors, both domestic and foreign.

Expectations are extremely high. Last year, the Yunnan Tourism Development Committee issued a Beijing-sanctioned white paper outlining plans for the province's tourism economy through 2018. Two goals stand out, both for their ambition and audacity. Over the course of the three-year period, the average tourist in Yunnan, according to the plan, "will spend 1,250 yuan per visit", while the number of travel arrivals is expected to top 507 million. Simple math dictates industry revenue topping 634 billion yuan (US$ 97 billion) — a sum equal to roughly one half of the province's total 2016 gross domestic product.

Such lofty expectations may have inspired Governor Ruan's strident comments on the sidelines of the National People's Congress. His is an uphill and unenviable battle, made even more difficult in light of national news and social media coverage of repeated acts of violence against tourists in Lijiang.

The various forms of silliness in the industry might also be paid attention to (people looking for or expecting paradise, etc., and alternately looking at new 'old' buildings, mountains, and so forth, then expecting to 'get to know' the REAL people, all between bouts in bars or karaokes.

Corruption within officials and public servants are the problems to the following statement.
"There are unreasonably low-priced business models, fraud, monopolies, false propaganda, forced consumption and other issues."

Corruption breeds incompetence. Content with status quo, without new competition and diversity any industry falls behind others outside the corrupt bubble....

Call me cynical but I suspect this will amount to closing down small independent operators and further concentrating business in the hands of big companies with connections.

Words like "stricter" and "standardization" do not bode well for tourism. Alas, that seems to be an easier way to control business.

"Out with the four olds!"

fighting talk, i wonder how long he will last. making enemies before you begin and throwing around big words to sound impressive in bj. but he has to come home and work with these guys he has just showered with s41t