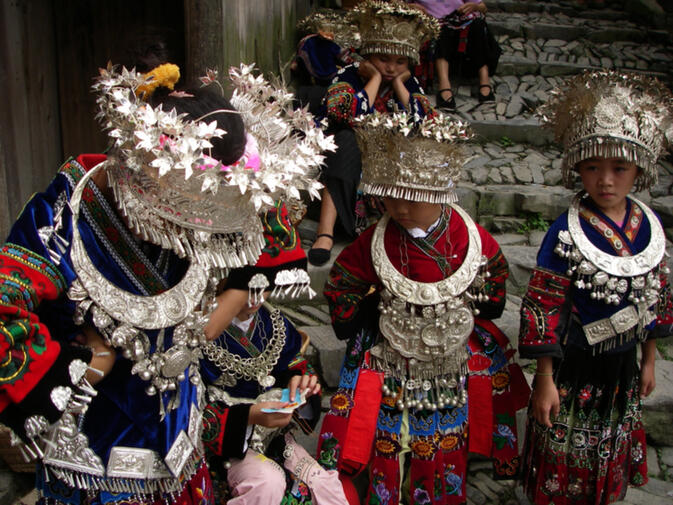 The acting mayor of southeast Yunnan's Wenshan City issued a public apology over the weekend after making insensitive remarks about the Miao people (苗族). Gong Qing (龚卿) has been under fire, both online and in public, following comments he made at a government meeting where he called Miao culture "horrible" and characterized by "witchcraft".

At first, Gong appeared unwilling to retract his utterances, saying instead he had "merely been giving suggestions". He relented and expressed his regret via the Wenshan government's official WeChat account on Sunday, November 6 in the face of mounting pressure. His statement, which may do little to quell anger in the Miao community, reads in part:

Though I did not mean to insult or discriminate against the Miao people, I did use inappropriate language and examples that have hurt their feelings. I am deeply sorry for this and owe my sincere apology to the Miao ethnic group. 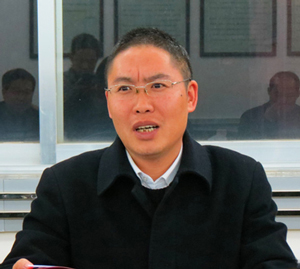 Gong came under fire following an October 26 meeting held to finalize plans for a Miao-themed development project called the Wenshan Miao Nationality Historical Culture Zone (文山苗族历史文化园区). At the conference, Gong reportedly said, "The witchcraft culture of the Miao is horrible". He then went on to assert that women of the ethnic minority use sorcery to trick men into marriage, ending by asking, "Why should we promote this kind of culture?"

Public reaction was predictably swift and outraged, as the prefecture of Wenshan is 14 percent Miao. Nearly 500,000 Miao people live in Wenshan City, with nine million others spread across the provinces of Guangdong, Guangxi, Guizhou, Hainan, Hubei, Hunan and Sichuan. Social media erupted when word of Gong's comments was first made public, with people across the country calling for an ethics investigation, as well as his removal from office.

It remains unclear if Gong will face anything other than public humiliation after issuing his apology. A hastily organized government 'investigation' found his comments, according to China Daily, "offended the Miao community", but no further disciplinary action has yet been taken.

Too many Han with attitudes like this - good to see an official who has such an attitude publicly reprimanded.

How little Han attitudes toward other cultures have changed. In 1407 - 1428, the Ming re-conquest of Dai Viet (Vietnam) was militarily harsh and the imposition of direct political rule and cultural assimilation all too real. Upon arriving, the "Ming burned Dai Viet books in an attempt to reset the Vietnamese clock to Chinese imperial time. Scores of Chinese bureaucrats debarked to run the province, pushing local leaders out of the way and scorning 'barbarian' customs as they did so."

Is Gong a Christian? Just wondering, because in the West Christian bigot politicians and religious figures are always on witch hunts against cultures that don't obey their domineering doctrines. There are admonitions in the bible (a terrible and confused book) against sorcery. In both the old and new testaments of the Christian bible sorcerers are to be put to death.

Of course, these demonisations are always attached to people who will not submit to Judeo-Christian culture. So, for example, the Catholic inquisition of the middle ages was largely a pogrom against free thinking independent women who did not have husbands and did not want them. Now THAT was terrible. They killed millions of innocent women just by calling them witches.

Highly likely that Gong's statements have anything to do with Judeo-Christian culture - superstitions about different ethnic groups have played a large part in relations between them in many areas of the world, including this part of it. Reasons for witchcraft beliefs - and I doubt that Gong actually subscribes to such - can, and have been, traced to numerous factors, although such factors are often conceived of in religious terms.

If he's afraid of Miáo witchcraft, shouldn't he talk nice about Miáo witches?

Could be a Christian bcs of the mention of witchcraft. The again theres been a tradition in han culture too to be afraid of miao witchcraft. But this has clearly been in relation to the fear of it, not seeing it as primitive. Miao used to have 蛊 (gu). Wikipedia has a long article on Gu, well worth a read.

@ Peter: I don't think it has been seen as either/or, but as both (i.e, primitive and dangerous).

Sorry, what I mean is that the Miao (Hmong) were indeed seen as primitive, but their witchcraft was still dangerous and was feared.
Anyway, although one may speculate, there is no indication that this guy has been influenced by Judeo-Christian ideas on the subject of witchcraft, and even if he has it is likely to be based on older Han-cultural beliefs and attitudes on non-Han peoples.

Oops, the guy is Yi - okay, but that doesn't indicate Judeo-Christian influence either, only (basically Han-Chinese) ideas of modernity and civilizatiion. And note that witchcraft was suspected of having been practiced by other ethnic groups as well (e.g., certain Taiwan aboriginal groups), as well as by Han practitioners.
In short, ideas about witchcraft can be found all over the world, and are hardly all traceable to the influence of Abrahamic religiion.

A sizable portion of Yi-minority group has been converted to Christianity within the past few decades. As a general rule, they are taught to look down upon their own heritage as well as other "primitive" ethic cultures, including the Hans. It looks like this guy is one of them.

Oh dear. He's gonna be attracting some negative energy by upsetting these people. Witchcraft is as real as karma.