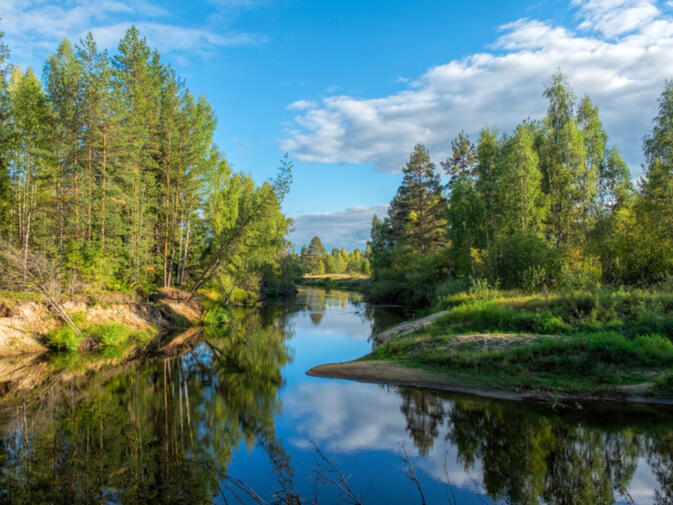 Just as companies, countries and households need to keep a positive financial balance, running a tight planet requires careful planning to offset expenditure by income. Instead, humanity blew its 2016 allowance on August 8, about 145 days before payday.

Earth Overshoot Day, as this infamous occasion is called, is calculated annually by the Global Footprint Network (GFN), an international think-tank aimed at keeping the human economy within Earth's ecological limits. Overshoot Day is reached when the human economy has effectively used more resources than the planet's biological capacity, or the amount of resources it can generate in a year. When we reach Overshoot Day, we are depleting our fishing grounds, releasing more CO2 into the air than our trees and oceans can absorb, and harvesting more forest than can regrow that year.

The GFN started calculating Earth Overshoot Day in 2006, when our environmental currency still lasted us until October. Last year, we barely made it until August 13. Indeed, by overshooting our budget at ever faster rates, we are effectively indebting ourselves and our children for generations to come. If we adhere to the goals set by the Paris climate agreement adopted by nearly 200 countries in December 2015, the carbon footprint will need to gradually fall to zero by 2050. Now is the time to reverse the trend and push Overshoot Day to December 31, where it belongs. 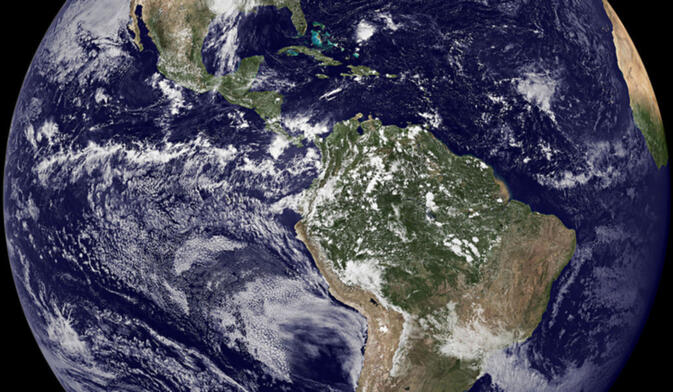 Global solutions for a global problem

"The good news is that we are technologically up to the task," says Mathis Wackernagel, co-founder and CEO of Global Footprint Network. Everyone needs to contribute to make that happen. According to Wackernagel:

We will even run a profit. Emerging sectors like renewable energy get a boost, and we will lower the cost of dealing with climate change — such as accommodating climate refugees or restoring damage after freak weather incidents. The only resource we still need more of is political will.

Individuals can chip in by eating less meat, wearing clothing adapted to the outside temperature indoors, or by cutting unnecessary car commutes. The Overshoot Day website suggests a number of pledges and will reward a GoPro camera to the three best images of yourself fulfilling the pledge.

Many countries, too, are picking up the gloves. Renewable energy generators are popping up like mushrooms all over the world and China has pledged to cut its meat consumption by 50 percent by 2030, which should have a tremendous impact on carbon emissions.

Meine van Noordwijk, Chief Science Advisor at ICRAF The World Agroforestry Centre, believes that the correct use of trees in our landscapes, farms and cities is instrumental for fulfilling our goal of pushing back Overshoot Day. It has been long known that trees help restore landscapes and reduce our ecological footprint, especially on farms, which typically have a relatively poor ecological track record. The combination of trees, crops and livestock on farmland is a discipline called agroforestry, ICRAF's main research interest.

"There are many good scientific reasons to include trees in our farmland," says van Noordwijk. "They can act as natural fertilizer, offset the warming effects of climate change, prevent runoff, preserve moisture, provide a safe haven for vital wildlife, all the while providing an income for their owners through the sale of their fruit and timber." Besides these advantageous properties of trees, until recently their key selling point for climate scientists was that they actively absorb carbon out of our atmosphere and store it in the soil, where it no longer contributes to climate change.

Good news in that regard comes from a recent research paper published in Nature Communications by ICRAF scientist Robert Zomer and colleagues. Through remote sensing, Zomer — whose work often focuses on China's Yunnan province — calculated that 43 percent of all agricultural land globally has at least ten percent tree cover and that this figure has been steadily rising over the last decade. Booming economies such as Brazil, Indonesia, China and India are leading the pack with the largest increases in stored carbon.

ICRAF's scientists have more hopeful news. Van Noordwijk and the Partnership for the Tropical Forest Margins have recently published new research suggesting that forests and trees may have an even more important benefit than storing carbon: directly causing rainfall. This would mean that the predicted freshwater shortages may be avoidable in all parts of the planet, doubling the value of trees as the woody guardians of our planet. In addition, it would help us better understand rainfall as a key climate variable.

As the late Prof. John Maher (economist) told me, globalization is not sustainable. In the 1980s 20% of the world's population used 80% of the world's resources. What happens when another 20% (China) wants to use resources at the same rate?

I like the spaceship Earth analogy. This is our one bubble keeping us alive, and we just keep overloading it's live support system.

its life support...damn you autocorrect.

Everyone needs to contribute - Now it begins - Yes, we must contribute but when the population does not make their deadline (Dec 31), we must pay - another tax coming just around the corner.

Just like life insurance in the good old USA, you will pay for it whether you want it or not. If you don't pay, they just steal it out of your bank account.

The Global Warming Lie has now conveniently morphed into Climate Change since the weather did not cooperate with the CO2 lies.

Funny how there is no mention of the real problems in the world. The EPA raises the safety limits on poisons every year so that the multinational companies can continue to pollute and make a profit. In the meantime, we get to eat, drink and breathe more pollutants.

I can only assume you have never been involved in any Agenda 21 groups. I have, and activities were very much bottom up and distinctly local (county level with specific regard to . Committees were formed from local people, most of whom were concerned citizens. A Local Agenda 21 document was produced formulated and produced by the group. Members of the local council were present, as volunteers, to look at feasibility, and to make sure that the document was published. I the document out LA 21 group produced, there were about 200 advisers in the group, from industry, academia, local NGOs and concerned citizens (including some conspiracy theorists, tree huggers and doubters) . All lived locally, all were stakeholders.

You may be surprised, but there were no representatives of the UN or big government present at the meetings.

NB I must say, 'sorry about the typos', before my arguments are attacked, based on my use of English.

Here is one take on Agenda 21:

"UN Agenda 21/Sustainable Development is the action plan implemented worldwide to inventory and control all land, all water, all minerals, all plants, all animals, all construction, all means of production, all energy, all education, all information, and all human beings in the world. INVENTORY AND CONTROL."
——Rosa Koire

Sounds like central planning to me. Local implementation of a global "agenda" remains "planning." Interesting concept, injecting Adam Smith's "invisible hand" into a collectivist agenda thinking it will solve the conceit of the elites problem.

Good intentions all around, no doubt, but we know where that road leads.

Is that the same Rosa Koire who thinks bike lanes are part of a secret plot to set up a a world government run by the United Nations?

Yup, that's her, the lady that objects to private property being seized to create off street bike lanes. She describes her self as "[I've] been a Democrat since I was registered to vote . . . I'm anti-war, I'm gay, I'm [a] feminist." Not so much a right wing conspiracy nut I think.

There are many kinds of nuts in the chocolate box.

Rose Koire maybe not a right wing conspiracy nut but a conspiracy nut none the less.
The lady is desperately trying to convince others that she is not. Please trust me; I am a feminist, gay anti war person. Even started a group called democrats against UN agenda 21. Rather pathetic.
Geezer is probably reading Agenda 21 by Glenn Beck.

Glenn Beck? Is he still around?

I guess getting to the name calling is a lot easier than reading the 350 pages of Agenda 21. Saves time and thinking for sure. And, if you read the right snippets on the right websites to learn what you are suppose to think, you get to have your own ideological biases reinforced.

You are quoting somebody who states at her own website:
"Siemens is a German company that was nearly bankrupt until Hitler generously supplied free slave labor and money for technological development." Which is partly true but using this as an argument to proof you are right can only be done by conspiracy theorist.

@lemon lover:
Not only conspiracy theorists use BS. I stumbled onto Koire by following links of web 'authorities' who deny both the Tiananmen incident AND the holocaust in Germany. Go figure.

Somehow, progressive think morphs into antisemitic think into help the poor of the world by taking from 'rich' countries to give to... well I don't know who gets the wealth.

So far, as I read Agenda 21, Koire's "inventory and control all land, all water, all minerals, all plants, all animals, all construction, all means of production, all energy, all education, all information, and all human beings in the world," is what Agenda 21 is all about. A horse is a horse, of course, of course.

Yeah sure, environmentalists are closet anti-semites who want to impose a global dictatorship by establishing knitting circles in California. And there was me thinking they were reptiles from outer space. Thanks for putting me straight.

Wouldn't be a bad idea for people to use their own brains and start not screwing up the planet, rather than continuing to do so until they are ordered not to and then complaining about the source of authority.

I agree with Alien here, whether or not you trust the authorities, believe in conspicies, or have a basic understanding of earth science, it should be obvious that minimising pollution - of all kinds - is worth doing. Of course we must use resources to live, but let's not waste them.