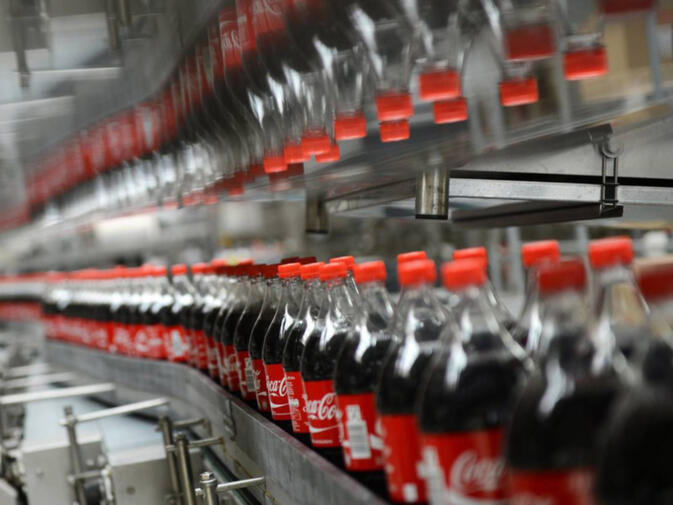 Beverage giant Coca-Cola plans to ramp up production in China's southwest, and is building a sprawling new facility to reach its goals. When finished, the plant will effectively quadruple current bottling capacity in Kunming while maintaining eco-friendly standards, according to a company press release.

When finished, the factory will cover 195,000 square meters and house 12 assembly lines. An existing Kunming plant with only four such bottling lines will be closed. Located in southern Chenggong's Xincheng High-tech Industrial Park in Majinpu (马金铺), total plant construction is expected to cost 1.2 billion yuan (US$185 million). Production will focus on Coca-Cola's flagship soda products while also bottling mineral water and other products.

The Coke facility will join 20 other companies with factories already located within the 234 hectare industrial park. While a great many of these firms are Chinese-owned biotechnology and medicine companies, such as Yunnan Baiyao, Coca-Cola's primary rival PepsiCo also maintains a bottling plant in the manufacturing area.

Following a trend encouraged by the Kunming municipal government and adopted by many of the companies occupying the industrial park, Coke has committed to using eco-friendly green standards. When finished, the new bottling plant will be certified to Leadership in Energy and Environmental Design standards. The internationally recognized building code covers all aspects of a given building's planning and construction, aiming to make modern offices, houses and factories as environmentally friendly and sustainable as possible.

The new Yunnan plant is part of a larger scheme by Coke to more aggressively market its products in Guangxi, Guizhou, Sichuan and Yunnan provinces. While speaking about the project, Marcelo Boffi, vice president of Coca-Cola China and Korea, explained the company's strategy thusly:

China is the third largest market for Coca-Cola globally and is pivotal to our global sales growth. Since we announced a new US$4 billion investment plan in China in 2015, we have been actively delivering on our promise. The 1.2 billion yuan new plant will help further strengthen Coca-Cola's market leadership in the southwest region.

Such a large and public investment in Kunming by Coke is a welcome change to how the company last made headlines in the province. In 2013, the drinks conglomerate ran afoul of the Chinese government for alleged spying activities conducted in Yunnan. It stood accused of 21 instances of using global positioning systems to collect classified information and produce illegal maps. Nothing public ever came of the charges.

Isn't the development of consumerism wonderful.

Glad they're trying to be green, anyway.

I read somewhere that to make a liter of coke or pepsi they needed over a gallon of water - not very eco-friendly.

I really would like to know what that magic ratio really is - water:coke.

Those of us who experienced Yunan, say, before around 2005, know what a magical place Yunnan was, before all the big enterprises started marching in. It was a little paradise in the corner among Himalayan mountains.

Why does 'new and eco-friendly' sound like the end of lovely glass bottles and yet more plastic to me?
Please, someone. Tell me I'm all wrong.

action.sumofus.org/a/coke-recycling/?sub=taf
When a state government in Australia considered creating a 10-cent refund on recycling plastic bottles, Coca-Cola poured money into a misleading campaign to oppose the plan. Then, when common sense won out and the plan passed, Coke immediately sued the government to stop the program.

If 5 liters of Coke is produced, 100 liters of water will be consumed, that is, 95 liters will be discharged as waste water, only 5% becomes product, surprised?

Reeve - this is what I was looking for - do you have a reference for this ratio by any chance. I have searched but not found anything yet.