By Jordan Steinberg in Features on April 8, 2016 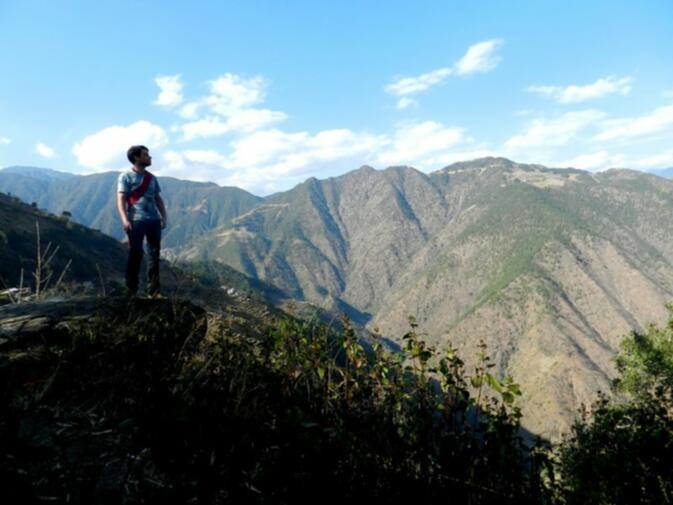 James Osborne has been living in Kunming for four years. Two years ago, the Kiwi expat moved to an apartment with a rooftop and ended up cultivating a fairly extensive home garden. This being the Spring city — where sunshine is ample most of the year, Osborne found his roof an ideal spot to relax and spend time away from the bustle of the city below. We recently spoke with him about the challenges and rewards of creating a little farm on the top of a Kunming tower block.

GoKunming: Was a big space for a garden something you were looking for when you found your apartment?

James Osborne: Yeah. Initially I just lived in small studio apartments, regular apartments with flatmates. But this place, I was looking for a garden space.

GK: What would you tell people about urban gardening, if they knew nothing about the concept?

Osborne: Basically, it's having a garden in the city, which could be anything from a rooftop with some flowers, to vegetables or herbs. Could have animals. We have four chickens, and we've had ducks and rabbits. It depends on the space, on what you want to get out of it, really. As the name suggests, it's just growing things in the city. For aesthetic effects, for food, for the environment, or whatever you decide you want to do with it. 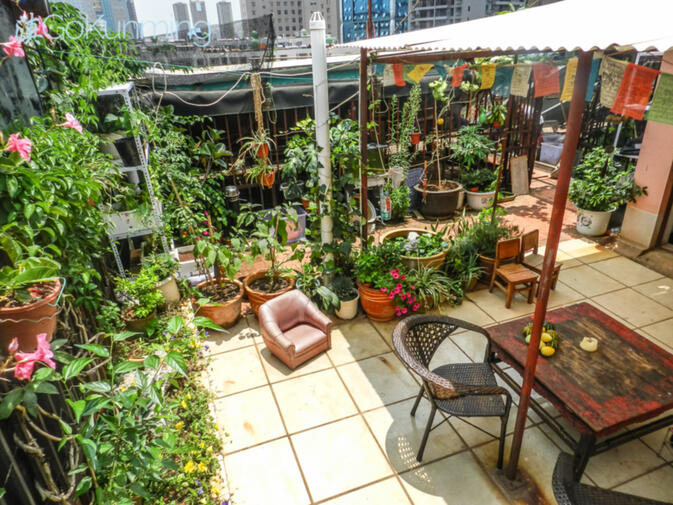 Osborne: So, this is the third year of our garden. The first year was more or less an experiment. We weren't exactly sure what we wanted out of it...we just wanted to give it a shot. We wanted a mixture of useful things that we could eat and things that looked nice. So, we grew a lot of tomatoes and chilis, because they're green and have colorful fruit. They look good and are useful. We had a go with pumpkins as well, but it was not so successful. I think it had something to do with the climate. Maybe it was the space we had them growing in, but they just didn't do very well.

The problem with tomatoes and stuff earlier was also the yield. With a small plant, all that water and work only resulted in a couple tomatoes, whereas herbs keep growing. If you cut them, they grow back. For the work and what you get out of it, herbs are better suited for a practical garden.

GK: Is your garden limited in any way by local soil or the general climate?

Osborne: Obviously, being a rooftop, there's no ground, so we had to move soil up there, which is a bit of an issue. But once you've got it, it's there. Water's probably the biggest issue. Water and space. Pumpkins for example, they need a lot of soil. We were a bit restricted as far as that went. Water's a big problem because you need to get it there. We had a small hose that sometimes worked, sometimes didn't. Most things are in pots, and a lot of water just drains out of the bottom and runs away, so it's a lot more water intensive than if everything was growing out of the ground. 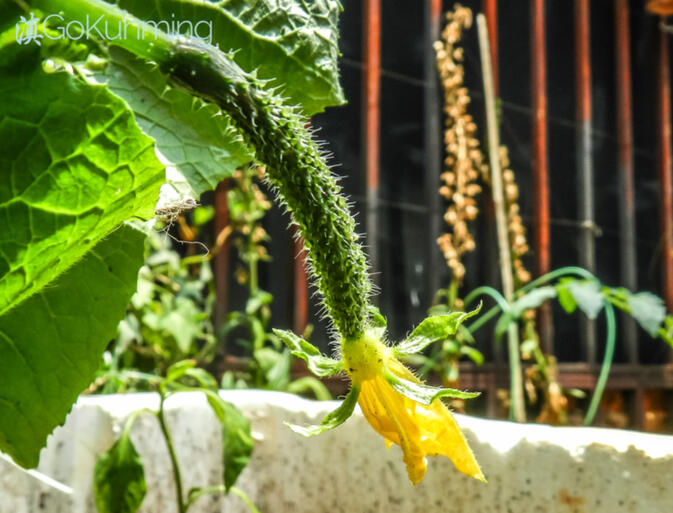 GK: Where do you get the plants themselves?

Osborne: This year, many of the plants and herbs came from seeds. All our tomatoes and chilis came from Ma Jie. It's very close to the West Bus Station. We got a lot of seedlings from there as well. Some things, including spider plants, were already growing when we first set up. Some soil was there already — a box garden, and a few pots. Then we went to the Bird and Flower Market, bought bags of darker soil with organic matter in it. Mostly, we just mixed that with the regular soil.

GK: You've raised several different types of animals alongside the garden. How has that gone?

Osborne: At first, we just wanted some animals. We had six rabbits at one point, just babies that we raised up. We used them for their shit. Rabbit poo is a very good fertilizer. It doesn't require too much aging or work, you just put it straight in the soil, or soak it in water, and use it for poo tea. But also, rabbits are tasty, so they all got eaten eventually. We also had three ducks for a while. We ate two of them before they started laying eggs, and the other laid eggs for awhile. It was eventually eaten as well, and replaced with six chickens, a goose and two guinea fowl. The guinea and goose have all been eaten. We originally had six chickens and now have four left. They are laying hens and lay eggs every day.

GK: How are your farm-fresh eggs?

Osborne: They're good — a lot nicer than the ones you get in the shop. The cost of having the chickens is probably a little more costly than if we just bought eggs, but the quality is so much better that it's worth it. It's like buying organic farm range eggs instead of the crappy ones in the shop. And also, their poo is good for the garden. We put it in the compost bin, and the worms break it down pretty quick.

GK: What about your bees?

Osborne: The bees are mostly my roommate's thing. Kasey has bees at the moment, but I'm growing a lot of herbs, and flowers that are useful to bees. This year, the garden's been set up around the bees. Basically, we're making sure that everything's practical and nice to look at. A lot of the flowers I'm growing are especially for bees. I grow what they like, and my roommate takes care of the rest. 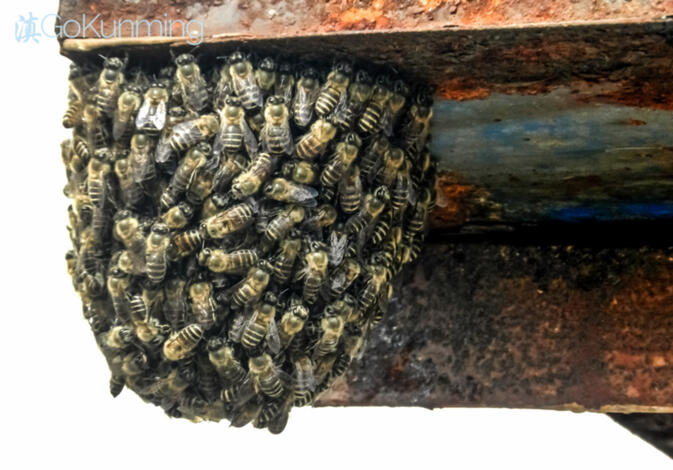 GK: Is your entire rooftop enterprise done for organic reasons, as a cost-saving measure or is it simply a rewarding hobby?

Osborne: We've tried to be a little organic, but you never know where the soil's coming from. The food that we give our chickens comes from the Bird and Flower Market and the wet markets. We don't know if what we're giving them is organic. It's more that we have a nice space. It's good to have green and to grow things. Again, one of the reasons for going towards herbs is that they're hard to get in kunming. You can find Chinese spices, but when it comes to Western herbs — for example Rosemary — they're not easy to find. Some are around, but others are impossible. So, to have them growing fresh is useful.

GK: In regards to the growing itself, how have you adapted to the seasons in Kunming?

Osborne: The winter's a bit rough. Last winter was devastating. It was so cold. You can see it around the city, a lot of stuff died completely. So many things have needed to be ripped out entirely and replaced. Spring is dry, hot and sunny. Then you've got the rainy season for a few months, where it's reasonably wet, and it gets dry again in the autumn before winter. So, there are three short, separate seasons that have to be accounted for. We usually try to grow things that can handle all three of those climates, and of course survive the winter. 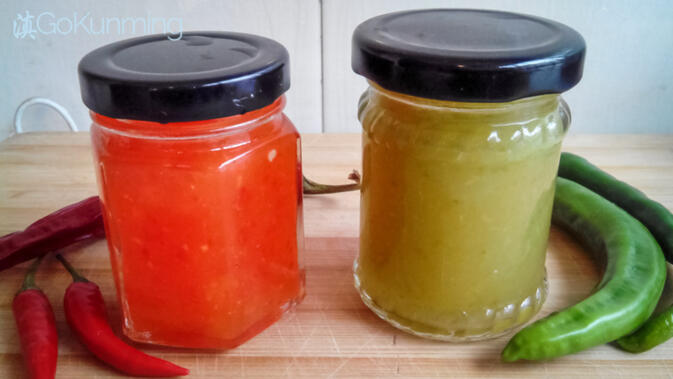 GK: Can you give an example from each season?

Osborne: Strawberries, for example, will grow very well now [in the spring]. When the rainy season hits, they'll stop producing fruit until autumn. In the rainy season, things like pumpkins and melons, which we tried in the past, do grow, but we had greater success with cucumbers. Our squash had issues with the rainy season too. In general, most of the garden grows pretty well in the rainy season and we don't have to worry so much about watering.

GK: Does your garden yield make up a large portion of what you eat? 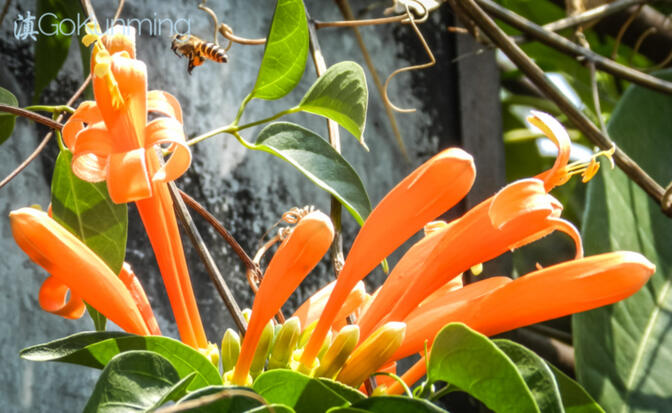 GK: You live on the top floor of your building. How did you get everything up there to begin with?

Osborne: A lot of carrying things up eight flights of stairs. That took time. I mean, we got the place, started with what we had and expanded as we got more stuff. A lot of it came from the market, while other things we found on the side of the street. We used one of those garbage tricycles to collect old parts and bits and pieces of styrofoam boxes and whatever we could find lying around. We used a lot of that to build the garden. The roof also had old terra-cotta parts when we moved in, and we just recycled them.

GK: How much time do you commit to making the garden how it is today?

Osborne: It's hard to say. There were times when I could spend four hours a day, two or three days a week. In the beginning, it was more than that. At the moment, I probably spend a couple hours every Monday and Tuesday, so about four or five a week. I get up in the mornings and do what I can. On Mondays and Tuesdays, I have off, so I have more time. Sometimes, people want to come and plant flowers, so I have volunteers come up and chill out in the garden. They help a little bit. But more often than not, things actually go slower then! But they're just happy to get their hands dirty and help out a bit. 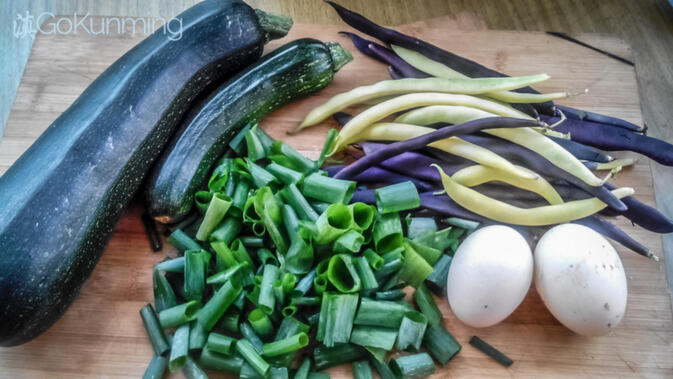 GK: What would you recommend for those wanting to start out?

Doing things that way, you ultimately end up with no direction. So start small. Get a few pots, decide what you want to grow, have a little experiment, see what happens, expand and take it from there. If you plan on staying in Kunming permanently, then the first year just play. Don't try to make anything that you want permanent. Just play and see what happens. The next year around, adapt to what went well and what went wrong. The first year was a huge learning experience for us. Even now, we make mistakes. Just take it slow. 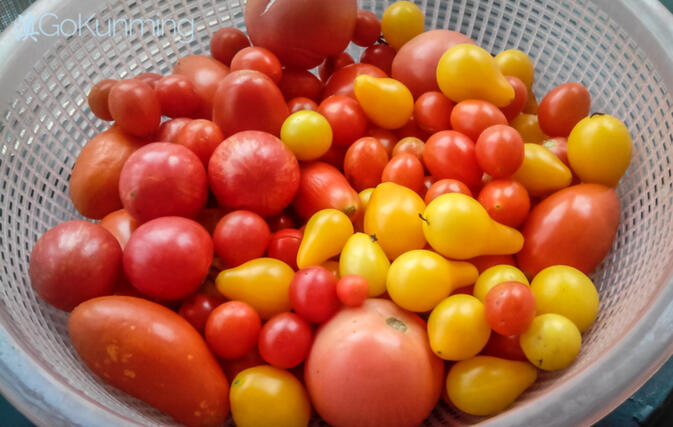 Good read. We are trying to grow some tomatoes and stuff in our glass-walled balcony.

I wonder how much such open roof-top area adds to the rent, or did you buy the place?

Janjal
Lot's of older buildings have roof spaces. Usually people on the top floor (no elevator) take use of it. In my experience, doesn't cost more for use of the space.

Nice, James and Jordan! Great article. So grateful to James for all the work he puts in. For those who are interested in urban gardening, I would ask that chemical insecticides and pesticides not be used, as they kill bees, which are the cornerstone of a healthy natural environment.