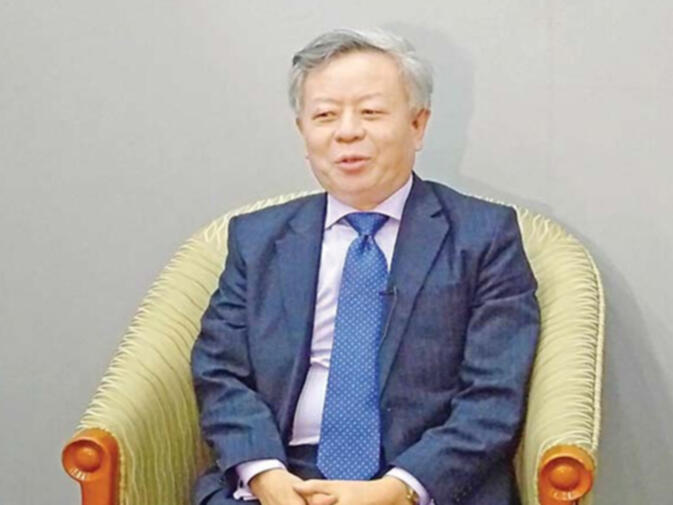 Jin Liqun, president-designate of the China-led Asian Infrastructure Investment Bank (AIIB), believes that Bangladesh is on the right track in terms of ensuring sustainable development, and is therefore ready to provide support to infrastructure projects in Bangladesh before those in any other country. In an exclusive interview with The Independent, Jin lauded the country's sustained economic growth and said, "This is a huge credit to the leadership of the government and also to the great people of Bangladesh."

Jin said as Bangladesh has been one of the first countries to join AIIB, it will be considered one of the founding members of the bank. "We are looking forward to have close cooperation with Bangladesh. Bangladesh stands in a very good position to work with AIIB", he said. He noted that there are some tough challenges in front of Bangladesh.

The president-designate said that AIIB will take decisions much faster than established lenders. "We don't want to duplicate what others have already been doing.
We plan to focus only on providing financial assistance to big infrastructure projects and the decision to do so will be made much faster," he said.

When asked whether AIIB is China's answer to the Japan-dominated Asian Development Bank (ADB) and the US-dominated World Bank (WB), Jin smiled and said they are not rivals, but instead development banks complementing each other for betterment of the world. He recalled that when ADB was founded in 1966, Western countries thought its existence to be redundant. "However, ADB and WB work together on many projects and make the world a better place," he emphasized.

Dismissing Washington and Tokyo's concerns that AIIB will be another instrument of Chinese power, Jin said, "This is not a Chinese bank. This is a bank owned by all of the 57 countries who have joined as founding shareholders." Jin even invited the US and Japan to join AIIB as shareholders. Unlike WB and ADB, whose main agenda is poverty reduction, AIIB's main agenda will be infrastructure development. "AIIB believes, for long-term sustainable growth, there is no other way but to focus on infrastructure development," said Jin.

Infrastructure-driven economic development framework has sustained rapid economic growth in China since adoption of Chinese economic reform in the 90s. Jin expressed the view that long-term economic growth can only be achieved through massive, systematic and broad-based investments in infrastructure assets in sharp contrast to the more short-term "export-driven" and "domestic consumption" development models favored by mainstream Neoclassical economists.

Please do not look at the absolute amount of money we can contribute which is definitely going to be limited. Even when you look at other organisations like WB and ADB, you will see that support from them too is limited. But the combined efforts of these entities will definitely make a difference. The five year program will help your country step further in sustaining your socio-economic development. It's the right approach for your government to attach importance to investment and infrastructure. Because when you have the groundwork being laid over there, the private sector can certainly take advantage of better infrastructure.

Editor's note: This article was originally posted on website Yunnan Express. It is reprinted here with permission.