By Patrick Scally in Features on September 1, 2015 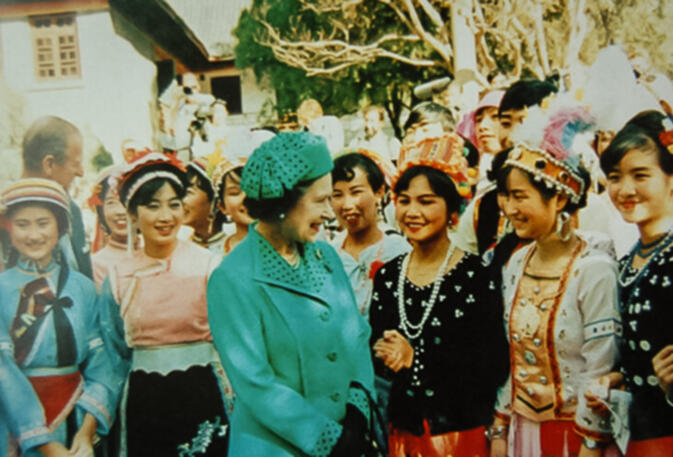 In 1986, the Queen of England, Elizabeth the Second, visited China for six days beginning October 12. Her arrival marked the first time a British sovereign had ever set foot in the Middle Kingdom. Tours of Beijing and Shanghai were perhaps a requirement, but Elizabeth also made a stop in Kunming — an appearance remembered by every Spring City resident alive at the time, but today little-known outside of Yunnan.

Elizabeth was greeted in Beijing by Deng Xiaoping, where the two playfully discussed the weather with the help of the Queen's husband, Prince Philip. Following a stay in the Forbidden City and sightseeing jaunts to the Great Wall, a Ming-era teahouse in Shanghai and the Terracotta Army in Xian, the Queen and her husband moved on to Yunnan via their private jet — a move then unprecedented in the annals of Chinese aviation. 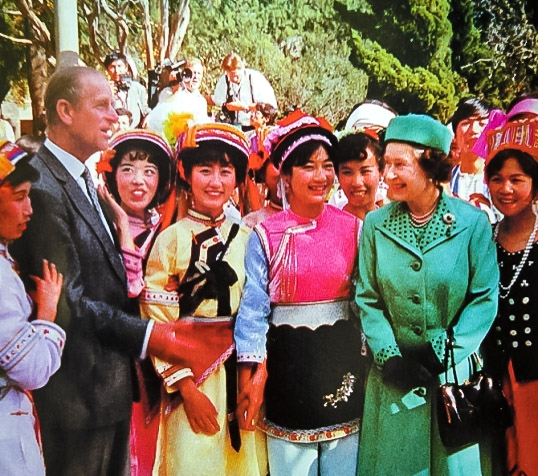 Upon their arrival in Kunming on October 16, the Queen and Prince Philip were driven in a black Mercedes Benz past enormous crowds of well-wishers. Their route took them from Wujiaba Airport to Green Lake Park area, where the streets had been specially widened and repaved for the event. Street lights topped with white swans — many of which still stand today — were also installed in anticipation of the royal visit.

The next day was a busy one. The Queen first met with then provincial governor He Zhiqiang (和志强), and was next shuttled to Kunming's most prominent mountains, the Western Hills (西山). There she toured 700 year-old Huating Temple (华亭寺), a Zen Buddhist compound known for its collection of 500 arhat statues. The Queen reportedly remarked of the statues, "They are creative genius, the highest degree of art." 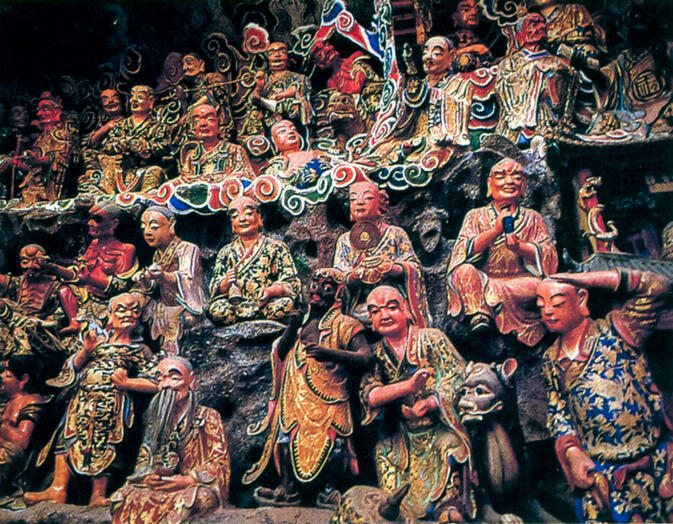 Scenic spots overlooking a Dianchi Lake — presumably with much more charming views than than those available today — were next on the itinerary. The Queen also visited the Yunnan Institute of Nationalities and watched a singing and dance performance by several ethnicities native to the province.

The late afternoon was spent in Daguan Park (大观公园), Kunming's largest public area. Famous for its three-story tower first erected in the 1690s, the park is also home to the "Long Couplet" (长联), which was written during the Qing Dynasty and is considered to be one of Yunnan's most important pieces of cultural heritage. 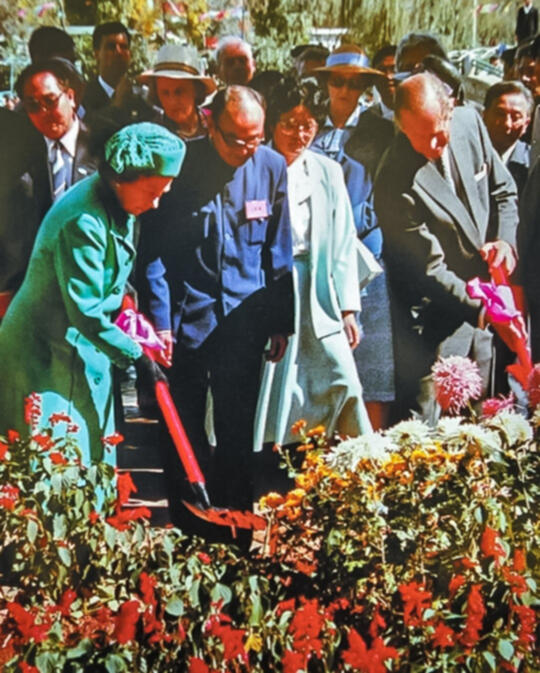 Elizabeth II had a contribution to add to the flowerbeds already dotting the park. She and Prince Philip planted three rosebushes brought from the English Royal Botanical Garden. The plants did not survive the intervening decades, but at the foot of Guanjia Tang (观稼堂), a manmade hill inside the park, they and the Queen's visit are commemorated with a simple plaque. Before she departed Kunming, she remarked of her time South of the Clouds, "The Prince and I have spent a very pleasant day full of thoughtfully arranged activities. Yunnan is different from other places we have seen [in China], and has its own fascinating and unforgettable characteristics."

Although the visit took place nearly thirty years ago, many in Kunming still remember their first fleeting childhood glimpse of a foreigner being the Queen of England. Royal visits to Yunnan did not end when the Queen departed China on her personal yacht, Britannia, in 1986. Prince William visited the province twenty-nine years later in 2015 to review elephant protection measures in Xishuangbanna. His arrival however, was met with considerably less fanfare than that of his grandmother.

Good to see she had a lovely trip...paid for by the tax-payer :)

Not bad, she chose Kunming along with some other big name cities like Xian, Shanghai, and Beijing.