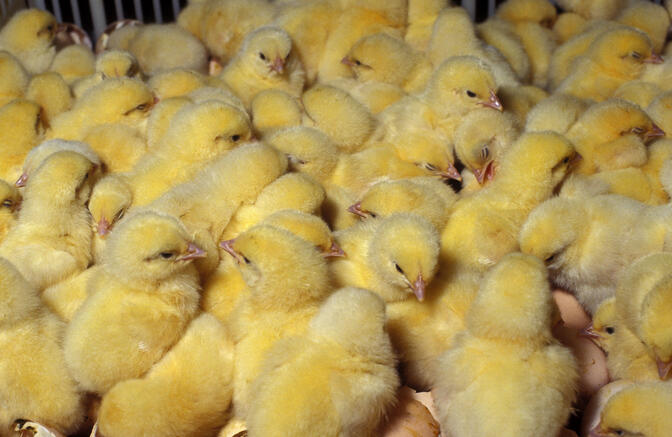 On July 9, a 37 year-old woman from Shangri-la checked into a local hospital, becoming the fourth known Chinese case of avian influenza A(H5N6) in China — a strain of virus most commonly referred to as 'bird flu'. Doctors were alerted by her feverish temperature and cold sweats. One day later, the patient died. The Chinese National Health and Family Planning Commission (NHFPC) has since confirmed the accurate diagnosis of A(H5N6), a mutated version of its more common predecessor A(H5N1).

Three previous cases of the virus have been reported in Yunnan, Guangzhou and Sichuan — two in 2014 and one earlier this year. Of these, only one of the affected people recovered, the others passing away shortly after beginning medical treatment. High fevers, along with respiratory difficulties and cold shivers were the most common symptoms with each patient.

This strain of the virus was first detected in China in April 2014. Since that time, Laos and Vietnam have revealed similar cases, most commonly affecting domestic fowl. The Food and Agricultural Organization of the United Nations (FAO) released a report in September 2014, outlining the dangers of the infection, both to humans as well as animals. The FAO's Chief Veterinary Officer, Juan Lubroth, explained that although "influenza viruses are constantly mixing and recombining to form new threats [...] H5N6 is particularly worrisome, since it has been detected in several places so far from one another."

Like all forms of bird flu, this specific strain is highly virulent, especially in chicken and geese populations. Transmission of the illness from avian species to humans is most often through contact with raw meat. Given the large amount of livestock farms around Southeast Asia and southwest China, this particular region has often marked the developmental impetus for different varieties of the bird flu.

Although often sensationalized as a danger to humans, the true threat of the virus lies in its affects on the poultry industry. In its report, the FAO describes the real peril of H5N6 as its "high pathogenic [nature], meaning infected poultry quickly become sick and, within 72 hours, death rates are very high." Working together with the Word Health Organization and the World Organization for Animal Health, the FAO is monitoring as well as providing assistance to agricultural sectors in Laos, Vietnam and China to prevent any possible outbreaks. A large cull of chicken populations could cost these countries millions in economic losses. Although having no connection to H5N6, a similar suspicion of avian influenza in England recently forced farmers to destroy 170,000 birds.

Compared to the economic threat, the health risks to humans of H5N6 are considered minuscule. The NHFPC has since issued a statement saying no human-to-human transmission of the virus has been recorded. With months since the last marked occurrence of the virus, A(H5N6) appears unlikely to become a large scale public health threat in Yunnan.

Very light on the actual case details. Was she a farmer in contact with poultry? Did she visit a region with an outbreak?

The source articles are also vague. She was a farmer, but whether or not she worked specifically on a poultry farm or was simply raising fowl herself was not mentioned.

We'll do more digging and add details if they are published.

There is no outbreak.

From A(H5N1) to A(H5N6). Amazing how they mutate as new vaccines are developed.

@HFCAMPO. They are derivatives of the cold virus. The cold virus mutates a bit every year. It's been doing that for thousands of years.

Thats funny, In my lifetime we just called it a cold, did not have to give it a fancy name or number or secret code.

they're derivatives of the influenza A virus, not the common cold. The fact that they get names is because they are different diseases that both threaten large populations and need different treatment.

That they just called it a cold before is because medicine wasn't as developed as today and because, you know, a cold is just a cold, and no strains of it can be cured while its symptoms can be treated in the same way.

different numbers different treatment coz some flu can be treated. as for the cold. only china has a treatment for that 8)