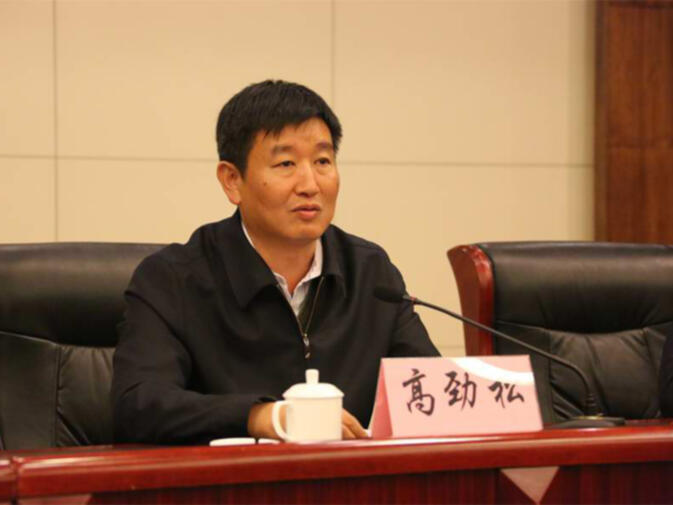 Broken record. Embarrassment. Comically sad. These are some of the words and phrases that may come to mind when one assesses the current political climate in Kunming. The city's highest ranking Communist official has been removed from office, making three consecutive Party secretaries who have been charged with corruption.

Gao Jinsong (高劲松), who held the post for less than a year, was relieved of duty on Saturday, April 11. As has become the norm for dismissed bureaucrats during President Xi Jinping's 18-month crackdown on graft and influence peddling, Gao was charged with "serious violations of Party discipline and the law".

Although past cases involving Yunnan political bosses have dragged on for months without formal public charges, media outlets are quite specific regarding the accused's misdeeds this time. Both the South China Morning Post (requires proxy) and Caixin report through anonymous government sources that Gao stands accused of illegally funneling millions of yuan in bribes to the now-disgraced Bai Enpei (白恩培).

Bai was once Yunnan Party secretary — from 2001 to 2011 — before falling from grace last year in a corruption scandal of his own. Since charges against Bai were first made public, he has further been accused of nefarious dealings with mining magnate turned mafia boss Liu Han (刘汉), as well as China's besmirched former security chief Zhou Yongkang (周永康).

During the investigation into his illicit dealings, "Bai and his wife confessed...regarding the bribes they took, which implicated many incumbent officials [in Yunnan]," of which Gao was one. If precedent holds, now that has been removed from office Gao can expect to be stripped of his Communist Party membership and then tried behind closed doors by the city's highest court, the Kunming Supreme People's Procuratorate.

Gao joins an ever-growing list of Yunnan officials caught up in the country's graft purge. He joins not only Bai, but also Qiu He (仇和), the one-time reformer who was once honored in Beijing for his accomplishments while in charge of the Spring City but now faces similar charges of corruption.

Before Saturday's announcement, Yunnan-born Gao had been on a steady rise through provincial ranks. A graduate of Yunnan University, he became mayor of Yuxi in 2008 and four years later was named Party secretary of Qujing. His 2014 appointment to Kunming's highest political post lasted a mere eight months.

Great Title for this article.

I think it's safe to say that 'every' official is corrupted. To what degree we re finding out.

Shouldn't "county" in the penultimate paragraph be "country"?

@Liumingke: safe to say that many are.

There is a great book about this subject written by a researcher and education leader who has been based in Yunnan.

Power and Patronage examines the unwritten rules and inner workings of contemporary China's local politics and government. It exposes how these rules have helped to keep the one-Party state together during decades of tumultuous political, social, and economic change.

While many observers of Chinese politics have recognized the importance of informal institutions, this book explains how informal local groups actually operate, paying special attention to the role of patronage networks in political decision-making, political competition, and official corruption. While patronage networks are often seen as a parasite on the formal institutions of state, Hillman shows that patronage politics actually help China's political system function. In a system characterized by fragmented authority, personal power relations, and bureaucratic indiscipline, patronage networks play a critical role in facilitating policy coordination and bureaucratic bargaining. They also help to regulate political competition within the state, which reduces the potential for open conflict. Understanding patronage networks is essential for understanding the resilience of the Chinese state through decades of change.

Interesting thesis - the last statement, at least, strikes me as obviously valid.

I sense strong support for Xi Jinping's anti-corruption campaign across China. Even among young people, which is extraordinary these days, since they tend to be very cynical.

But this article is typical of the sort of thing we see in the media: bad apple spotted and culled. Story finished. That's how Xi Jinping and his lot would like us to see it.

But the story is incomplete without a closer look at what these corrupt leaders have done to Kunming over the last decade or so, particularly on the environmental level.

Working-class people like taxi drivers have told me that the weather has changed radically over the last 10-15 years, and some people put that down to the reduced coverage and health of Dianchi Lake, which is of course related to huge tracts of land surrounding the lake that have been given over to developers. This lake is now highly polluted.

I don't have the facts at hand and I'm not a specialist in this matter. But my point is that these news items tend to focus on the "tigers" who have been caged, and the illustrious role of The Party and its "tough" new policy; I am more concerned about the damage local party leadership and officials — and others in power who have not been charged — are doing to what used to be one of the nicest cities in Southwest China.

@szbruce: I think you're right about the article being more or less 'typical', but that's the weakness everywhere of factual reporting in the press, not just in China: even when the 'facts' are correct, the question still arises as to whether we're getting the important facts, as well as which facts are being left out. Investigative journalism and analysis is where more can be said, but there's not much of that in China that is independent - in short, censorship sucks, here and everywhere. Hillman's book looks like it does this, though it seems not to be oriented towards the issues you mention.

In the original version of this article I wrongly identified Bai Enpei as Kunming Party secretary. He was provincial secretary. The mistake has been corrected.

what about the trash journalism crass title for the article? are you working on fixing that too?