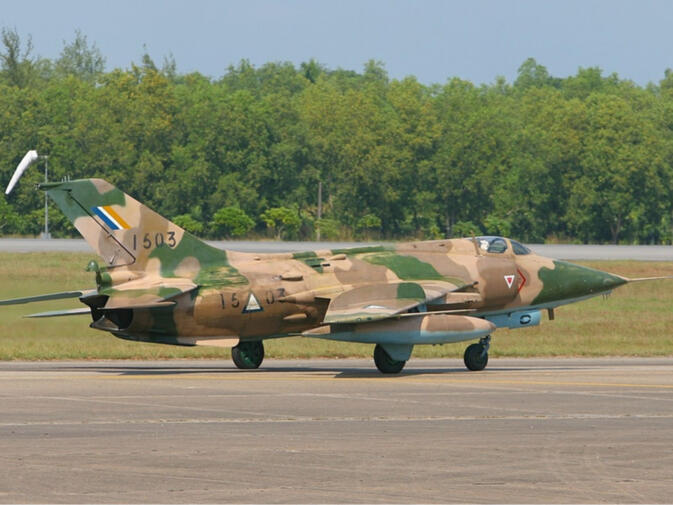 Fighting between ethnically Chinese Kokang rebels and the Burmese military spilled over the border into Yunnan on March 8. China Central Television reports a plane from Myanmar's air force mistakenly dropped bombs on a Chinese village in Gengma County (耿马县), near the prefectural capital of Lincang.

The house of a civilian surnamed Luo was destroyed by one of the bombs, but no casualties or injuries were sustained. Hong Lei, spokesman for the Chinese Foreign Ministry, confirmed the accident during a March 10 press conference, saying, "The Chinese side has expressed grave concerns to the Myanmar side, asking them to get to the bottom of this incident as soon as possible and take effective measures to ensure that such [an] incident will never happen again."

Indeed, a similar mishap happened two years ago, when three errant mortars fired by Burmese troops exploded in a different Yunnanese village. On that occasion, Burmese troops were fighting against the Kachin Independence Army, which is based in Myanmar's northern Shan State.

On Sunday, the Burmese military's intended target was Kokang guerrillas fighting for the Myanmar National Democratic Alliance Army (MNDAA). A slow-burning civil war between the Kokang and Myanmar's government has been ongoing for decades, and although a ceasefire was agreed to in 1989, hostilities resumed again in 2009.

The most recent flare-up in violence began last year when rebels ambushed and killed seven Burmese soldiers at an outpost along the Chinese border. The conflict has escalated further over the past month, causing at least 10,000 Burmese civilians to flee across the border into Yunnan to escape ongoing airstrikes.

Conflicts in the Kokang region in northern Myanmar have been raging on for more than a month, disturbing the stability and normal order of China-Myanmar border areas. China once again urges relevant parties to exercise restraint, calm things down on the ground at an early date, and restore peace and stability in northern Myanmar.

Despite Mr Hong's rather moderate tone, an accident such as this could seriously challenge China's stance of non-interference — a cornerstone of Beijing's foreign policy strategy. As journalists writing in The Diplomat recently pointed out, "It may be China's state policy not to get involved, but that doesn't mean individual actors from China are following suit".

Making things more confused, China has been accused by members of the Burmese military of supplying Kokang rebels with weapons and other supplies. The allegations, which were categorically rejected by Beijing, are based in part on historical assumptions. In the past, before the 1989 ceasefire was signed, Chinese officials openly supported the pro-communist MNDAA, who are ethnically Han Chinese and speak Mandarin.

In addition to the official denials emanating from China's capital, Kokang rebels have also disavowed receiving any military support. Nonetheless, Chinese authorities recently launched an investigation into the actions of Huang Xing, a former senior strategist from the People's Liberation Army. He stands accused of corruption and leaking state secrets to Burmese rebels (requires proxy) as long ago as 2009.

Plane and Bomb made in China.

pilot was distracted by his flashy new iwatch.

"10,000 Burmese civilians to flee across the border into Yunnan"

The URL takes us to the homepage. But that number would be several times higher by now. The few with more finances face unscrupulous Chinese business owners who have now doubled or tripled their prices, while others have to sleep outside in the wood with basic clothing and food being rationed and close to the border with poisonous gas shells, incendiary bombs and bullets flying close by, some losing children because the army is shooting on sight.

@yankee00: the link has been fixed. As to the number of refugees, it's nearly impossible to tell. No one seems able to verify the situation and estimates range from 10,000 to more than 100,000.

@Yankee: Poisonous gas. incendiary bombs, shooting on sight? Sounds frighteningly possible. You're talking about refugees in China with gas, bombs & shooting in Myanmar, right?
Can't remember if I've ever heard anything good about the Burmese army.

pilot was distracted by his flashy new iwatch - My goodness, I had a mouthful of orange juice and I spit it all over my brand new Apple computer when I saw this message - Well done!!!

Just a point of information, the KIA is based in Kachin State, though some of their operations do stray into northern Shan State.

They are now reporting this bombing killed 4 and injured 9

Sorry. It was another Burmese plane that killed 4 and injured 9.

@Haali: Personally I doubt that this will lead to direct Chinese military involvement in Kokang or anywhere else in Myanmar, but it bears watching.