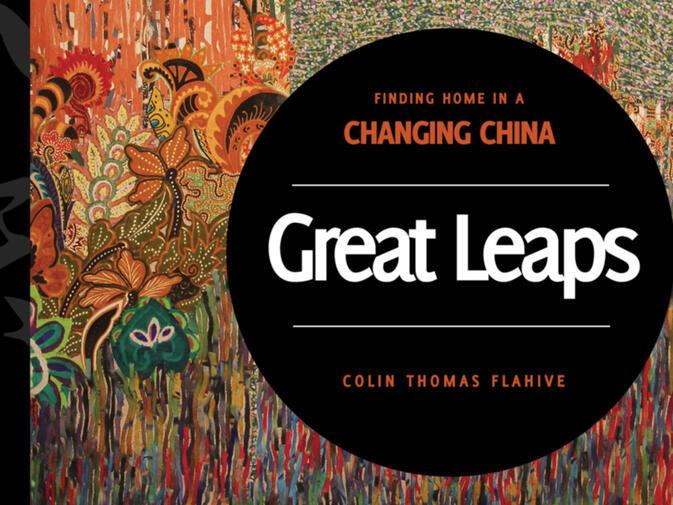 China is still in the grips of a human migration the likes of which the world has never seen. Over the past two decades, hundreds of millions of people have moved from the country's agricultural regions into cities. Urbanization on this scale is reshaping the world. Much of this has been covered by historians and sociologists, but who are the people actually pulling up roots and flooding into China's megacities?

In some situations, those coming to shape new lives in urban China are not only rural farmers, but also foreign ex-pats looking to rediscover themselves. The new book Great Leaps: Finding Home in a Changing China, by long-time Spring City resident Colin Flahive, offers an up-close and very personal glimpse into this phenomenon. It also serves as a dual biography — of Flahive himself and of Salvador's Coffee House, the Kunming institution he cofounded more than a decade ago.

In structure, Great Leaps is more a series of vignettes than a straightforward, linear story. At times — especially near the beginning of the book — the accounts of Flahive's experiences appear disjointed and only distantly linked to the author's life in Yunnan. However, there is a method to this madness.

Encounters with sharks in Thailand, discussions of obscure American movies, trips to the Three Gorges and many other personal anecdotes dot the book's opening pages. But rather than just rambling fragments, the stories eventually build upon one another. In doing so, they paint a picture of the author — introducing him to the reader while also explaining just how experiences that include running down bandits through the backstreets of Lhasa led to starting a café in southwest China. 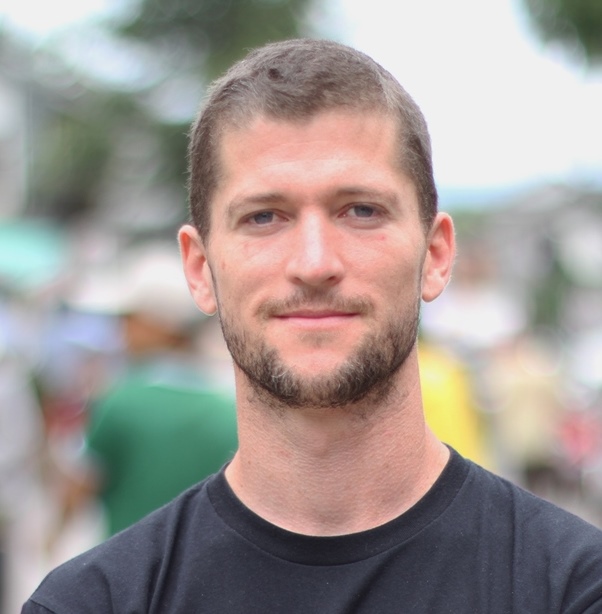 What comes across initially is a man searching for something he has not fully defined. Flahive's prose is quick and sharp and the first chapters short and dramatic — an echo, perhaps, of his life in the early 2000s when he made the move to China.

He lands in Dali Old Town, still searching, and begins to meet people who will shape him in completely unexpected ways. Ideas come and go — pursuing the life of a kung-fu ascetic and an ill-conceived business proposition being the two most profound. Eventually Flahive, maybe unknown to himself at the time, begins to look for ways to settle down in his newfound home.

Partnering with Kris Ariel in 2002 he opens a modest coffee shop in Dali called Salvador's. They run into the typical issues anyone has when starting a restaurant, plus some others thrown in simply because they are foreigners trying to establish themselves in China. But their diligence and hard work lead to enough success that they consider moving the entire enterprise to Kunming with the addition of business partners Josh Pollock and Naoko Okano.

From there the book begins to chart a different track, one that while still based on Flahive and his experiences, focuses more on the workers — the "Sal's girls" as Flahive affectionately calls them. Readers learn about the experiences of many of these women — all of whom hail from the Yunnan countryside — at the Kunming Salvador's, including Flahive's future wife A Ling. 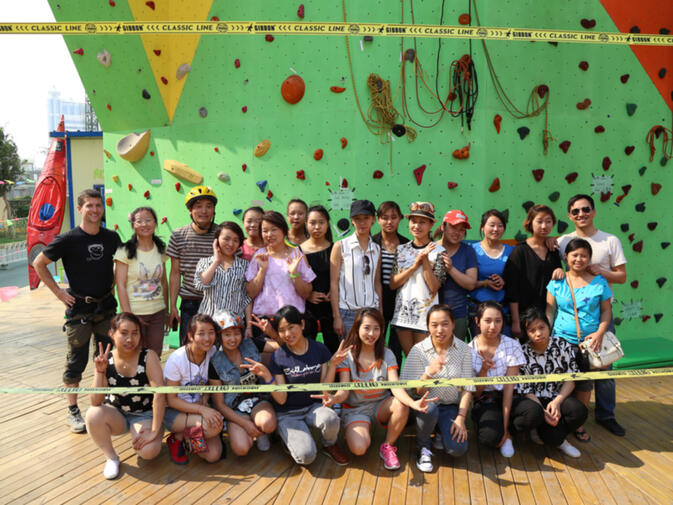 The Salvador's crew on a rock climbing day off

Then, after years of hard work by everyone involved and the successful rise of a cafe on Wenhua Xiang, tragedy strikes. Everyone involved in the restaurant has their lives literally ripped apart by a grisly bombing and the ensuing chaos.

Flahive, his fellow co-owners and all of their employees struggle to comprehend the situation or deal with it initially. All they can focus on is that none of them were actually hurt. After faltering confidence in what to do next, they all decide to persist. The explosion does not simply change Flahive and his business partners, it fundamentally alters the way they interact with Salvador's. Following frank and honest portrayals of how those involved in the bombing deal with it, everyone attempts to refocus the business.

With prompting from Salvador's owners, the women of the cafe become more empowered. They share in the business profits, manage themselves and the other workers and train new staff in ways they see fit. Freed from many day-to-day constraints of running the business, together with the other owners, Flahive decides to make philanthropy more of a focal point. That leads up, almost, to today, and a story stopped in the middle because it has yet to end.

Great Leaps begins a bit frantically, bouncing around from country to country and scene to scene, later settling into a more relaxed and comfortable pace. The climax of the story is brought about not by the author himself, but is instead foisted, bloodily and with seemingly no purpose, upon Flahive and his adopted family. Together, their reaction is telling, and perhaps instructive of a changing China.

Rather than fold or turn on one another while falling back easily on ingrained cultural mistrust and racial animosity, everyone involved in Salvador's bands together. They trust the relationships they have built over the years and, despite a vastness of differing experiences and upbringings spanning oceans and decades, everyone bands together and manages to come out stronger than before. 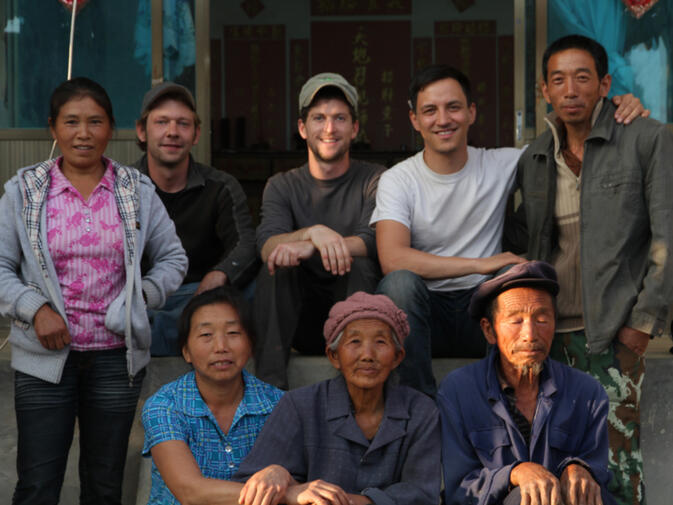 Visiting with parents of Salvador's employees

Paperback English versions of Great Leaps, published by Caravan Press, are available at Mandarin Books and Salvador's Coffee House for 80 yuan. Copies can also be purchased online. The book will soon be available on Amazon, and a Chinese language version is in the works.

Editor's note: In the interest of full disclosure, Colin Flahive is a longtime contributor to this site, and his book's preface was written by GoKunming founder Chris Horton.

I'd really like to grab a copy, but the "purchased online" link leads to Salvador's listing page.

Link is fixed. Sorry about that.

Heaps of congratulations on the quality of the book and on getting it out - takes awhile, I know (I speak as one who's been trying to write basically the same book for almost 40 years).

And a nice review, Pat.

I am honored that Colin let me (test)read it a few month back. And it was a wonderful read. I actually enjoyed the pace and structure in the beginning, which i think is very helpful, if you don't know him or the other Sal's guys.

the book is witty and very funny at the right spots. I can only recommend it.

If you just want a nice afternoon read, if you want to open a business and get an inside view on how to change and better employment standards and motivation in China, knowing Sal's and Colin better, or reading on how to handle massive tradegy in a rough place....it's a long list.

the onlycrticism it gets from me is, that it is two short. So, Colin i am waiting for the sequel!

Sounds like a good read. I'll be popping in to buy one.

Thank you for the support everyone. After nearly 8 years of working on this thing, it's really nice having people read it.

There is also a Taobao link with free shipping here... item.taobao.com/[...]

Great Leaps is finally about to go to print in the US. I am using a crowdfunding website called Bookspringer to pre-sell copies and raise money for the US production and printing. You can now purchase the book by going to the link below. You will receive your book later in July. Cheers to another nice day in Kunming... www.bookspringer.com