Official: Yunnan will have two bullet trains by 2016 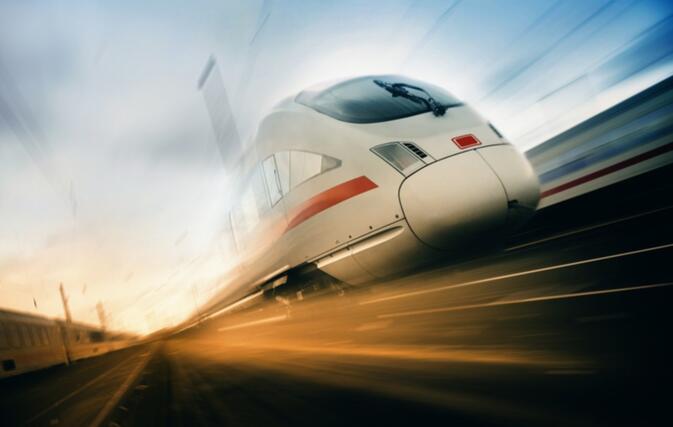 Announcing specific completion timetables for infrastructure endeavors is a dicey business in China. If a project suffers setbacks and deadlines pass without completion, officials can lose their jobs. This reality makes it maddeningly difficult to guess with any accuracy when work on a given venture might actually conclude.

Such is the case with high-speed railways in Yunnan. Initial forecasts first made public six years ago anticipated at least two separate inter-city bullet train lines would be running in the province by 2015. That goal is apparently no longer feasible, but the head of the Kunming Railway Bureau (KRB) appears confident work will be completed less than two years from now.

Zhang Caichun (张才春), KRB party secretary, publicly declared both the Shanghai-Kunming (沪昆高铁) and Yunnan-Guangxi (云桂高铁) lines would be operational by the end of 2016. He made the comments October 30 while taking calls for the Mayor's Hotline — a phone service established to make government officials more available to the public.

The Shanghai-Kunming High-Speed Railway will connect the now under-construction railway station in Chenggong to China's most populous municipality. The dual track, passenger-only railway, will cover 2,066 kilometers and pass through the major cities of Hangzhou, Nanchang, Changsha and Guiyang. A full journey is projected to take eight to ten hours at cruising speeds of between 200 and 300 kilometers per hour.

Zhang's comments confirmed reports regarding the Shanghai-Kunming line from last year. However, up until Thursday, no concrete schedule for the 754-kilometer Yunnan-Guangxi line had been announced. According to Zhang, that line — connecting Kunming to Nanning, and eventually Guangzhou — will be finished two years from now, at the same time as the Shanghai project. The Kunming terminus will be the existing Kunming Train Station, another detail left up in the air until Zhang began taking phone calls.

During his time speaking with the public, the railway chief also revealed details of what passengers can expect when boarding bullet trains in Yunnan. Some staff, according to Zhang, will be decked out in minority dress common to the areas through which the trains travel and dining cars will feature minority cuisine. On a more practical level, trains will all be equipped with wi-fi capability.

Cute story about the wifi - but wifi doesn't work at bullet train speeds - even with 3G/4G connections. Try the wifi on the slower Kunming trains and you'll discover they rarely connect to anything, once the train's moving.

Think you will find the Wifi is local to the train (travelling with the train) and if implemented may or may not allow internet connections. Wifi is different to mobile internet (GPRS/2G/3G etc) laotou, conflating the two is inappropriate.

Theoretically they could provide local Wifi which is only local, but could connect to an on train server which allows movies to be watched through the server, much like a plane but each connected device becomes a screen like on the back of long haul flights.

If they were to also provide internet they would likely need to run another cable along the train line with some pretty high tech devices to detect the signal. Alternatively (easier) is to use the power line itself as a medium to also transfer data. On board internet though is difficult and expensive to set up/maintain, my guess is it will never happen.

Not sure if I like the idea of Kunming coming closer to Shanghai.

the train arriving on platform 4 is delayed 12 fmonths

4G/3G connections are possible at high speeds. It all depends on the handover when you move from beacon to beacon. Some providers are particularly bad at it, others better. I remember that I had no problem using mobile internet riding high-speed trains in Germany with Deutsche Telekom, but with O2, the connection would always drop.

Streaming movies over Wifi is very unlikely. Takes up way too much bandwidth and most people who bring their computer will have their own movie collection.

The Thalys implements wi-fi by satellite and 3G connections. Tunnels are problematic when needing a constant connection.

Leaky feeders used to be the solution for tunnels with 2G.

I think this is good news! Trains use vastly less energy and create less emissions than planes. And they are more comfortable, more legroom etc. It will also make visiting Hangzhou with its beautiful Xihu and Shanghai with its excellent bars and restaurants more affordable for us poor Kunmingers!

Ok, strangely enough I am posting this from a two storey train on the way to Lijiang via their ON BOARD WIFI! More reasons to ignore others when on the train.