By Patrick Scally in Features on September 4, 2014 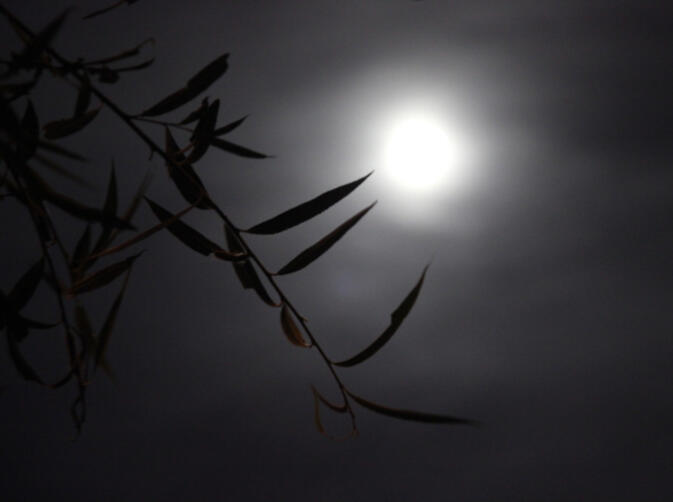 Editor's note: In celebration of Mid-Autumn Festival, GoKunming and Crowne Plaza Kunming City Centre are giving away boxes of specialty mooncakes made in-house at the hotel. To enter to win a box, see the trivia question at the end of this article.

Nearly every culture in the world has a traditional celebration falling on or near the spring and fall solstices. China is no different, and this year will officially observe its annual harvest season holiday, known as Mid-Autumn Festival (中秋节), on Monday, September 8. The holiday culminates with festivities held under a full moon on the final day of the celebration.

Traditionally, Mid-Autumn Festival was held on the fifteenth day of the eighth month in the lunar calendar. That changed slightly in 2008, when the Chinese government first recognized it as a national holiday. The festival is no longer a one-day affair, and this year runs from the sixth to the eighth of September. 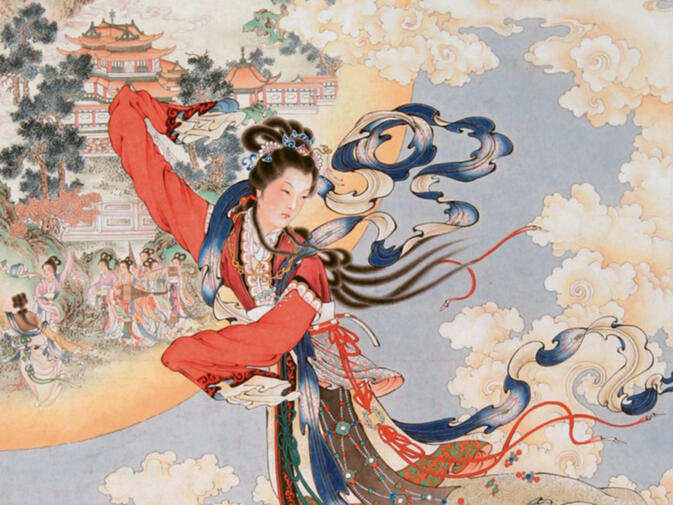 There is no hard and fast evidence of when people in China began celebrating Mid-Autumn Festival. Some scholars believe the tradition dates back to the Shang Dynasty, three millennia ago. The term 'mid-autumn' made its first appearance in the Chinese literary canon during the the Western Zhou Dynasty, finding its way into a compendium of then-current court rituals. 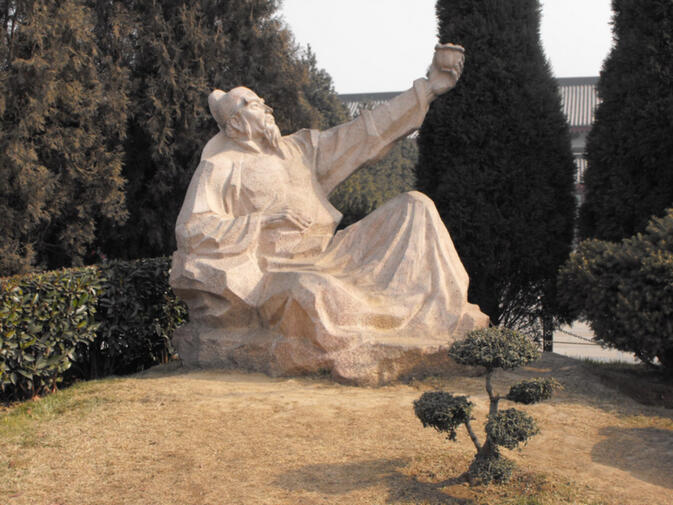 As Mid-Autumn Festival approached, separated family members would, if at all possible, make their way home to be with their relatives, enjoy communal meals and spend time together gazing at the moon. Those who could not return to their ancestral villages sought solace in the fact that if they looked to the moon, they at least knew their distant loved ones were doing the same.

Translating ancient Chinese poetry into another language is a difficult endeavor even for scholars. Cadence, rhyme, implied movement and emotion can all easily be lost. We will spare you our efforts. However, the general outline of A Sentimental Night is that of a man, far from his family, who looks down at the moonlight shining on the foot of his bed and imagines it to be snow. He then looks up at the moon before resting his head in his hands and thinking of home. 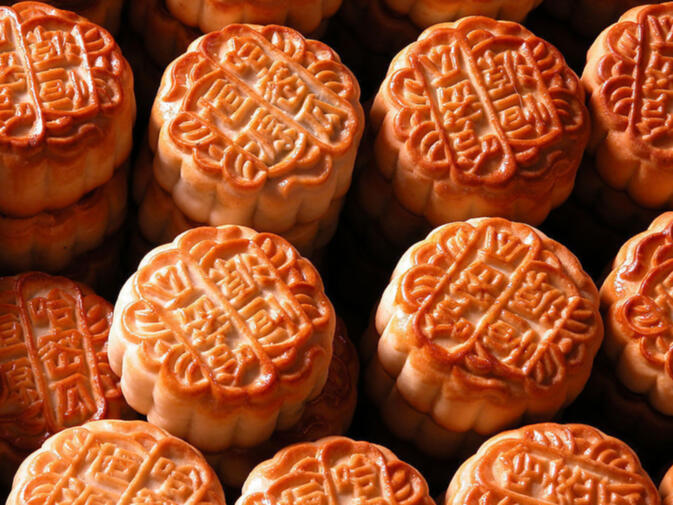 Today, mooncakes come in nearly ever variety and flavor one could imagine, from sweet to savory and every combination in between. Prices also now range from affordable to downright extortionate, depending on what is baked inside. However, in the past, flavors were a bit more limited, although varying greatly from province to province. In Yunnan, a more traditional mooncake would contain sugary ham, while a Cantonese speciality would consist of lotus seed paste baked with duck egg yolk. 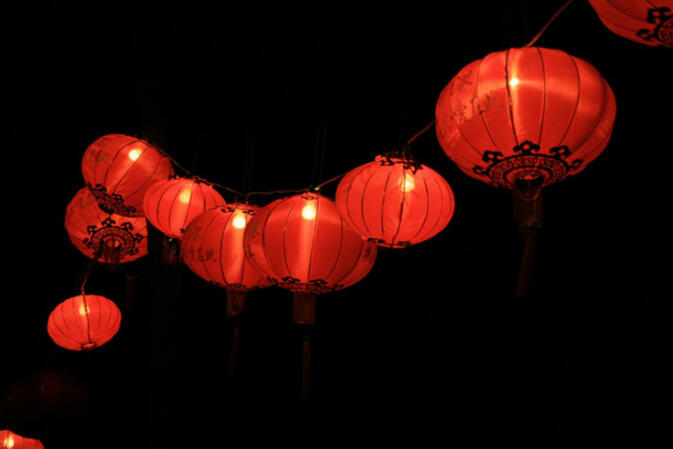 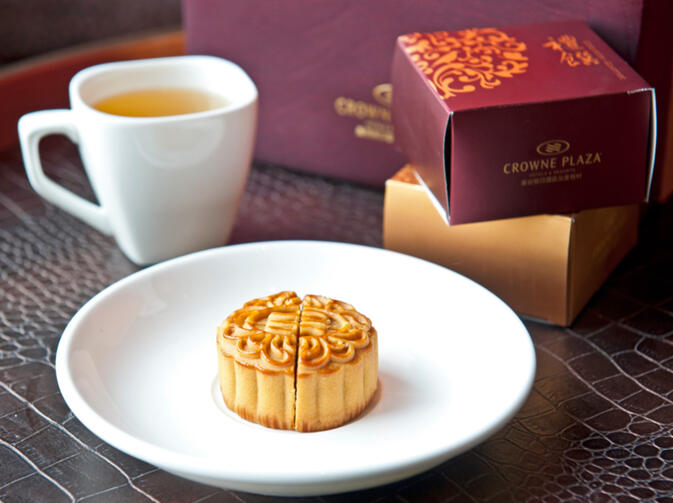 To honor the custom of hanging lanterns adorned with riddles, GoKunming and Crowne Plaza Kunming City Centre are giving away four boxes of handmade mooncakes, each with eight different flavors. These boxes are valued at 188 yuan. To enter, simply send your answer to the question below through the GoKunming contact form.

What is the name of the archer who played an integral role in the story of Chang'e?

To receive consideration, all entries must include the correct answer, your name and a current phone number. Of the entrants, four people meeting the above criteria will be chosen at random. Winners' names will be announced in the comments section below and we will contact each of them directly. Those wishing to buy gift packages directly are encouraged to visit the hotel in person. Good luck and happy Mid-Autumn Festival!

GoKunming would like to extend special thanks to Fanfan for her invaluable help in writing this article.

We have our winners! Congratulations to Paul, Tanglei, Alex and Harry for correctly identifying Hou Yi as the archer. They will receive mooncake gift boxes from Crowne Plaza valued at 288 yuan instead of the previously announced 188 yuan boxes.

Enjoy the holiday, everyone!

A western version of a Li Bai poem can be found on the Vangelis Album 'China' and follows.

"I take a bottle of wine and I go drink it among the flowers.
We are always three ... counting my shadow and my friend the shimmering moon
Happily the moon knows nothing of drinking, and my shadow is never thirsty
When I sing, the moon listens to me in silence. When I dance, my shadow dances too.
After all festivities the guests must depart. This sadness I do not know.
When I go home, the moon goes with me and my shadow follows me"

See the Arthur Waley translation - his are always better.