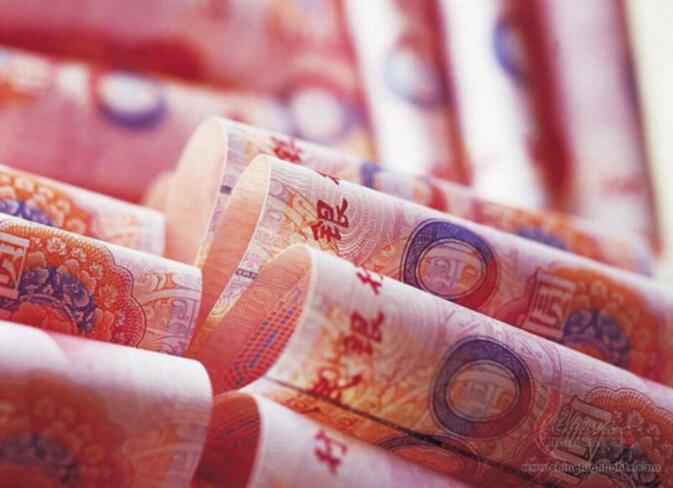 The period of time between January 1 and Spring Festival is a busy one for Chinese bureaucrats as they furiously compile statistics and data collected over the previous year. A slew of these new figures have just been released regarding Yunnan's economic growth.

The National Bureau of Statistics announced preliminary findings over the weekend, stating the province's gross domestic product (GDP) grew by 12.1 percent in 2013. By percentage, Yunnan had the third fastest growing economy, year-on-year, of the country's 33 provinces, municipalities and administrative regions.

In 2012, the provincial GDP surpassed one trillion yuan for the first time. The 2013 number rose to 1.172 trillion yuan (US$194 billion) on gains largely attributed to continuing expansion in the industrial and real estate sectors. Agricultural output saw a jump as well, with grain harvests reaching their highest output totals in five years.

Gross domestic product is considered the market value of all officially recognized goods and services produced within a given area. A rising GDP usually correlates highly with rising standards of living.

With increases in living standards often comes a concomitant rise in energy demand. Yunnan reportedly burned a somewhat astonishing 67.5 million tons of coal in 2013, much of it to generate electricity. That represents an eight percent increase over the previous year.

In 2013, people across the province combined to use 145.98 billion kilowatt hours of electricity. Higher power use was largely attributed to surging demand in rural areas. Much of the 11 percent rise in demand for electricity over 2012 was met by multiple, recently built hydropower stations along some of Yunnan's largest rivers.

Overall, the Chinese economy barely surpassed GDP growth expectations of 7.7 percent and last year economic expansion was the lowest it has been in 14 years. Conversely, Yunnan continued its 18-year surge of skyrocketing GDP, once again eclipsing most of the rest of China's relatively 'modest' gains, at least in terms of percentages.

All good, except for the income distribution problem, which gets worse just about everywhere.

does this reported growth include the fraud reported in this GoKunming article: www.gokunming.com/[...] ???
i'm sure there are other cases just as there were inflated figures from all parts of china leading up to the 'great famine'.

When you go grass-root-level, and ask businesses in Kunming, how they are doing - "its not as good", as it used to be, or something like that. People are more wary too. Theres something in the air, aint there. These people have learned how to red-between-the-lines, for centuries, and they are not stupid - no. Now, something, aint it. Whatever these statistics say - you may ask the shop-owner next door, and get some answers. When you add the harmonius civilized pollution there, its _even_ bleaker.

Peter99, stay off the drugs man. Indeed, a fast growing economy is not necessarily a healthy one (which is why countries sometimes try to put water on the fire). The article doesn't claim that it is, either. Of course, stable economic growth relies on small and medium-sized enterprises rather than on big business. But big business does contribute to the GDP, hence the impressive figures.

Getting a fast growing economy and high GDP only requires one thing: cheap resources. In Australia's case it's natural resources in the mines of WA, in China it's cheap labour and badly protected worker rights. So it's actually a symptom of the sickness of this country: the income gap, as Alien suggested above, is ever increasing and that's just a recipe for instability.

China's leaders are nicely putting their cash on Caribbean accounts (The Guardian today), for when this can of nitro-glycerine blows.

Well, we have different approaches here - and Im not interesting in a debate on it - but I stick to my view based on fingertips; no weed-grass level mate.

Now, to go even a step further - from grass-roots and from when things get bleaker on this side of the earth - the emperor goes to his mixer-table and switches up the button called nationalism. Thats always a solution to national problems - maybe send in a warship to some island to provoke a stir.

So its time to pack the bags boys - before the Boxers are around the corner and before one must wear some breathing mask too - in Spring City Kunming.

Beijing regularly discounts provincial GDP growth. That is, the sum of the 33 provinces is less than the national totals.

Given the current MBO goals that drive GDP growth at any cost, impressive growth statistics are to be expected. With changes in MBO goals, more emphasis on environment, more concern with income inequality, less investment and debt driven growth, we can expect a decline in rate of growth.

Beijing has touted 'go West' and develop for about a decade. That plus money flowing into Yunnan has led to massive infrastructure development, short term employment and impressive GDP numbers. Can it last?

Clearly, wholesale building of apartments, tall buildings, roads and bridges, provide an economic bonanza for a small portion of the population and contribute to income inequality as the workers get a pretty small piece of the pie.

Some that follow statistics and macro economic flows in China foretell difficulties ahead.

As one experienced in the collection of economic data and understanding how it is converted into the grand GDP guess, I am amazed at the technical dexterity developed by China in that forecasts of GDP, made before, six to eight weeks, the end of a 13 week quarter, are so accurate. Somehow prophecies are consistently fulfilled.

So who was first and second?

@HFCAMPO, my apologies, that info should have been in the article. According to the report linked below, Tibet and Gansu were above Yunnan in terms of YOY percentage GDP growth:

Congratulations Yunnan, you're now the fastest GDP growing among all 30 provinces!

... trailed closely by Guizhou and Tibet, both tied for 2nd place.