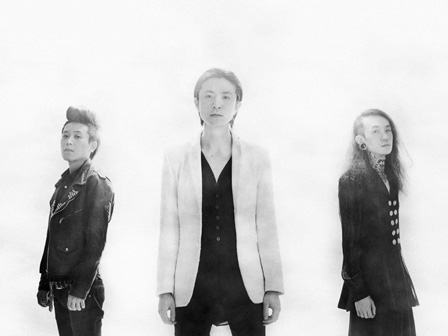 Mr Chelonian — aka Mr Turtle — aka Mr Sea Turtle (海龟先生) — have been on the Chinese music scene for almost a decade. They've moved around a bit, forming in Guangxi in 2004, then moving to Chengdu in 2007, before finally settling in Beijing. The trio have become fixtures on China's ever-growing music festival scene.

The band is made up of Li Hongqi (李红旗) on lead guitar and vocals, Han Jiang (蒋晗) on bass and Zhang Haoliang (张浩亮) on drums. Although they claim their only musical influence is Michael Jackson, their music incorporates doses of reggae, ska, punk and indie rock. They will be performing at Camel Bar Saturday, May 18.

GoKunming chatted with the band between shows to see how life has changed since their Nanning days nine years ago. 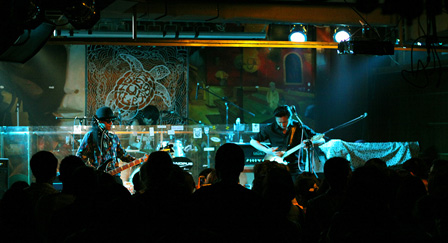 GoKunming: There's a bit of confusion regarding the band's name. Can you clear that up?

Li Hongqi: Well, we like animals, especially turtles. So we are called Sea Turtles!
Han Jiang: We've also been called Mr Chelonian. Mr Turtle may sound a little better.
Li: Well, Mr Turtle it is, then.

GK: When you aren't on stage who do you listen to?

GK: In the West, major music labels are struggling to make money. Is it the same here? How can a band in China make a profit these days?

Li: A band's survival depends mainly on the admission they charge for performances. Ticket sales account for a large proportion of our income and music festivals make the most. As for the physical music market, there is hope. Record collections are still irreplaceable.

GK: CDs seem to be dying, how do you guys get your music?

Han: Nowadays it's very easy to download music online — websites like Xiami.com allow you to listen to music directly from the internet without buying anything. You can find most bands on Xiami or Baidu Music.

GK: Beijing is pretty much the default city for bands to move to. Is that because most of the music industry is located there?

Li: China is becoming more and more centralized and Beijing is the cultural center. There are just more opportunities there.

GK: How is life in Beijing and how do you find the music industry? Is it difficult to make your way in such a competitive environment?

Li: We've adapted now. We are grateful for our lives in Beijing. Although we are fairly comfortable, there is a lot of competition. It has forced us to grow. Since we graduated from university, none of us have had a real job. It's been a struggle. But now, after eight years, we feel like we've changed into a professional band.

GK: It has been a long time since you played a gig in the Spring City. Are you looking forward to it?

Li: It seems like we last played in Kunming a year ago. We're looking forward to making new friends this time around.

GK: Over the years you've been based in different cities, previously Chengdu and now Beijing. Do you miss life in southwest China?

Han: Han Jiang and I are both from Guangxi, and Liang Zhanghao is Sichuanese. Of course we miss it — mostly our families and friends. 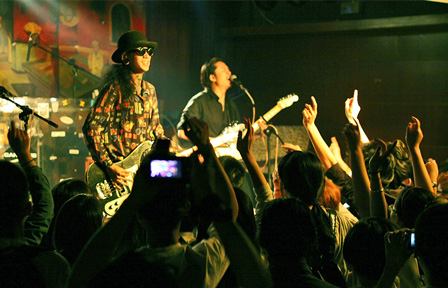 GK: How many shows are you doing on your current tour?

Han: This tour is one and a half months and we're playing 26 shows.

GK: How do you keep from getting exhausted during a tour?

Li: When we have time we try to catch naps and keep up on our sleep that way. We try to keep the alcoholism to a minimum and avoid serious hangovers. All of that helps us save energy.

GK: What are your plans for the future? New albums or videos?

Li: Life in Beijing is pretty hectic and now we're travelling. We have songs for a new album — all the lyrics are finished and the music is written. We're trying out the songs while on tour but will have to wait to record until the tour is over.

Last saw them at the Speakeasy in 2008, one of the more memorable performances I saw there. I hear they're still a very good show.

Maybe try a more free and easy style for interviews? Break out of the Q: A: formula?