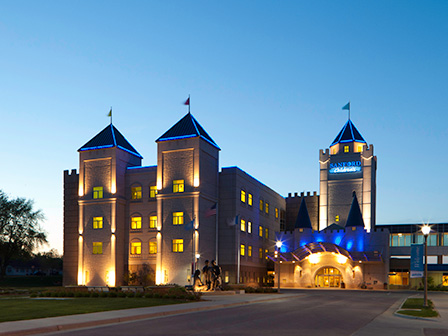 A United States healthcare provider is in the midst of negotiations with the Yunnan government on how a joint venture children's clinic in Kunming would be managed. Sanford Health, based in Sioux Falls, South Dakota, expects to manage a new pediatric hospital in the Spring City within the next year.

The non-profit medical services company has partnered with First People's Hospital of Kunming (昆明市第一人民医院). The joint venture, according to Chinese media reports, aims to offer "international standards of care [...] with prices set by the Yunnan Development and Reform Commission" in the city's north.

Ongoing talks involve management of the hospital. Sanford's executive vice president of development and research, Ruth Krystopolski, told reporters in the US she expected a deal to be completed within the next two months and that the hospital could be open 12 months later.

Although the American company has so far pledged 15.5 million yuan (US$2.5 million) toward completion of the facilities, the project will be owned by the Chinese government. It appears day-to-day operations would be coordinated by Sanford Health management but the agreement has not yet been finalized.

The paediatric hospital would be the firm's first in China. The health service provider was initially approached in 2011 by a group of Kunming investors traveling abroad. A cooperation agreement between Sanford Health and First People's Hospital was then signed in August of last year.

Sanford Health currently operates dozens of hospitals, clinics and hospice centers in the US. The company's facilities are spread across seven midwestern states and service a largely rural population. It has also recently opened clinics in Ghana and plans to expand to Mexico and Ireland in the near future.

Does anyone have any personal experience of Sanford Health?

Sounds good! But unless managment is carried out by the foreign side I don't see why this place would be different to any other hospital here.

Sanford may be officially a non-profit organization but CEO Kelby Krabbenhoft gets around one million dollars a year in "compensation". In 2009, when Sanford merged with Meritcare, Krabbenhoft picked up 1.9 million dollars. A local Internet poll in Dakota found 70 percent think health care execs' pay is unfair.

If Krabbenhoft manages and enforces high quality of care and service - his salary is way too low. Now comparing his salary to say Hu Jintao etc - China's leaders are severely underpaid - which makes them true patriots...(benefits and perqs aside - such as an immunity to rush hour traffic).

Hospital quality of care is based on strong management and peer pressure and review for accountability. This will be extremely difficult to enforce with Chinese staff - a culture clash is inevitable - responsibility versus status quo.

Should be amusing to watch.

Very true laotou, the kunming nurses/Dr's and staff will get a feeling for what quality nursing care should be about vs the callous, rude tx. or care (if you can call it that) that most Chinese receive. I am familiar with Sanford Health. They are good. I'm a nurse myself.

Gives a good idea about what non-profit means in the USA.