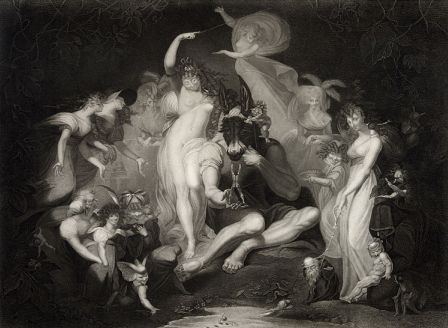 This coming weekend the Kunming Community Theater Company (KCTC) will perform William Shakespeare's A Midsummer Night's Dream. A cast and crew of 30 will put on an updated version of the play using modern English.

KCTC was formed in January 2012 and auditions for A Midsummer Night's Dream were held the next month. The cast is rehearsing under the direction of Andrew Miller, who has previously overseen productions of Shakespeare's comedy in Hong Kong, Vietnam and Malawi. The play will mark KCTC's debut performance. Organizers Miller and Roger Greenlee hope to put on a second play later this year.

A Midsummer Night's Dream is believed to have been written between 1590 and 1596. It tells the tale of Theseus and his marriage to the Queen of the Amazons, Hippolyta. Intertwined with this plot are the stories of four young lovers who are tormented by mischievous woodland fairies.

TGC Nordica and KCTC provided GoKunming with two tickets to each performance. We will give those away to the first three people to properly answer the following questions:

1. Which character's head is changed into the head of an ass?
2. Who says the line: 'Lord, what fools these mortals be!'?
3. What year was the first American movie version of the play released?

Answers must be sent through the GoKunming contact form and include your name and phone number. The winners will be announced in the comments section below.

We have only received two correct answers to the set of trivia questions and still have two tickets to give away.

Congratulations to Richard, Steven and Lucy, who were the first to answer the three trivia questions correctly.

I just wanted to write how much we enjoyed the performance on Friday night. If you have a chance to check out the Sunday performances, I recommend doing so. They really put some time and effort into this production so please go out and support!

Thanks for the positive comments about the show. Much appreciateed