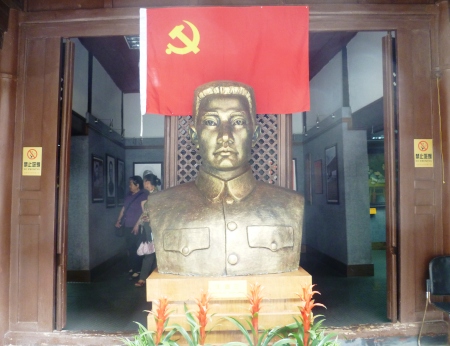 On July 1, 1921, the Communist Party of China was founded in Shanghai's French Concession. The media buildup to the 90th anniversary of the CPC's founding that has taken place in recent weeks made us wonder: Where did the CPC first take hold in Yunnan?

Ironically, the CPC itself was founded in an area now known as Xintiandi, a high-end lifestyle development. 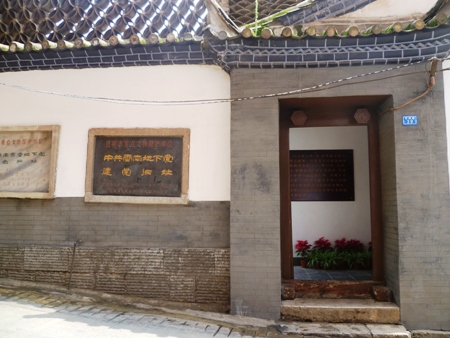 The front of the museum in Jiexiao Xiang

The Founding Site of the CPC Yunnan Underground Party (中共云南地下党建党旧址) is a small, humble museum located at 39 Jiexiao Xiang.

According to staff at the historical site, CPC member Li Xin (李鑫) chaired the first Yunnan CPC meeting in a building at 24 Jiexiao Xiang, which is now 55 Jiexiao Xiang, after the CPC Guangdong Area Committee decided that Yunnan needed its own party chapter. At the meeting, it was decided that 42 Jiexiao Xiang (now 39 Jiexiao Xiang) would serve as the location for party activities.

The building at 24 Jiexiao Xiang was destroyed by Japanese bombers, rendering the museum's current site the oldest building connected to the Yunnan CPC's roots.

Upon walking into the museum's courtyard, one's attention is immediately drawn to a massive bust of the first secretary-general of the CPC's Yunnan chapter, Wang Desan (王德三) a native of Xiangyun who had joined the party in Beijing in 1922 and was sent to direct its Yunnan activities. Wang was named to his office in Kunming in January 1930, only to die on December 31 the same year. 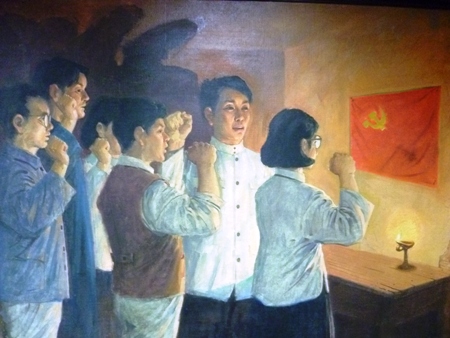 The museum's mood is one of respect for the ideals of young Chinese dedicated to a cause to the extent that they were willing to sacrifice their own lives for it.

We spoke to a staff member working there, who told us in between slurps of rice noodles that normally the site did not have many visitors but that traffic had picked up recently in the runup to the CPC's 90th anniversary.

The Founding Site of the CPC Yunnan Underground Party is open from 9am to 5pm Monday through Saturday, but will remain open to visitors this Sunday. Entry is free.

I ASSUME that the writers and staff of GOKUNMING write these articles in an effort to inform the reader of an event or location of some significance in and around Kunming.

I find many of these articles lacking in vital information. In an attempt to be CREATIVE, the writers fail in being INFORMATIVE.

For example, the writers mentions Jiexiao Xiang many, many times but fails to tell the reader where this place is. Is it somewhere in Yunnan? Is it in Kunming? There are 5 districts in Kunming - is it in Pan long District? Or is it in one of the other 4 districts? Is there a major crossroad where this small alley can be found. Perhaps near Beijing Road or Guangfu Road.

I enjoy travelling and seeing new places and I research many of the places I visit. But I really would like to read an article here and NOT be left with MORE questions than when I started.

I ask the staff of GOKunming to please be more specific when writing about places to visit and give SPECIFIC directions such as name of town or village and county and prefecture when writing. Thank you.

I gotta agree with HFCAMPO, I seem to a lot of digging to follow up on some interesting locations.

I found this place over two years ago while wandering around taking photos.

It is off of Huashan Dong Lu, 花山东路, on the east side of the street. The entrance to the lane is a flight of stairs going down. You can see quite way down the xiang but the museum is not noticeable from Huashan Dong Lu. You got to go down the steps and look for it on the left side as you are heading east.

Bus 92, going north, stops quite near the entrance to the xiang. It is pretty close to Yuan Tong Si, across the street and to the east of the temple you will find Huashan Dong Lu.

@HFCAMPO: Thanks for pointing out that I had failed to link to the museum. The oversight was mine. Link has been added.

@Geezer: It's actually off of 华山东路

Right you are! Damn homophones. This is why we need your expert guidence and direction.

an interesting fact: the 节孝巷 mentioned above was originally the largest red-light district in Kunming, so was Xintiandi in shanghai. so i guess the party was founded with a happy ending