Forums > Living in Kunming > Getting a chinese driving license

Forums > Living in Kunming > Getting a chinese driving license

a few days ago to ask how to renew my chinese driving license.

In december 2019 it will be 3 years of expiring time. When it gets to 3 years, you cannot renew your license, you have to take all lessons again from scratch, even the driving practice ones. (a lot of money and time).
So if you have one and it expires make sure to renew it before the 3 years.
I have to go pass the test exam these days but they told me there are many new questions in there since I did the exam.

The woman there recommended me an app to practice answering the questions but it's in chinese.

Anyone know where to get updated questions in english?

(Once you pass the test, they give you the permit right away. )

I was working for them when the pitch was still in Bin Jiang Jun Yuan. Now they have a big football centre up north with 3 pitches, resting area, wifi, tv, showers, etc. The place is quite nice. They have around 80 students and most of them are young but there is a group of around 7-9 years old who play very good.

The coach had a school in HK before and they moved here to Kunming. They have a coach diploma with HK's Manchester United coach school.

I've been living in Kunming for 5 years now and I've been vegan 9 years. Compared to Mediterranean countries, in China is much easier to be vegan as a social point of view. Anywhere you go you will always meet people who know nothing about the subject, look you weird, make fun of you, and so on but in general in china people tend to respect it and understand it. Maybe even more in Kunming where Buddhist culture is so extended. Today you can find more than 100 vegetarians/vegan restaurants in Yunnan, most of them located in Kunming.

At the beginning is always difficult because you have to adapt, learn how to order food, how to make it clear that you don't want meat in your dish, knowing where the vegan restaurants are, etc and you often end up in places where customer service is very bad, they don't care and no matter how clear you say it they'll end up messing it. But also it happened so many times where a group of people agreed to go to a vegan restaurant, most for the first time, to try something new, to be nice letting you chose the place or to eat healthy once in a while. This never happened in my home country. I feel like Chinese people are much more open minded.

And this restaurants are always full. They are cheap, good healthy food and clean so you won't loose face taking your friends there.

In all those years I never cared what people would say if I didn't want to eat meat or drink alcohol or smoke. If people get mad because of these they have a big problem themselves, no matter if it's cultural or what. No culture-religion-tradition-superstition can never be more important than not killing or consuming harming products. And they will never find a valid argument to justify it because it doesn't exist.
Someone that criticizes you and doesn't want to be with you because you don't want to harm others and you want a healthy lifestyle then no need to waste time with them. Not worth it.

Tolerant, intelligent, nice people will always understand. My ex girlfriend after a short time with me she realized it was a logical, good lifestyle. Then her parents understood it too and became vegetarian. Many friends of my ex also started changing their lifestyle. But it's also how much effort you put in it and how important it is for you. A lot of people are just lazy and not willing to make any change because it's just easier this way. Don't let them drag you in their laziness. Being vegan requires work anywhere you are because you always have to go against the crowds and most of the time you are alone against the common lies spread worldwide like a plague. This happens with the meat/dairy industry and so many other subjects anyway.

When dealing with the social aspect it depends how strict you want to be. In my case if the restaurant is going to be one filled with meat I just don't go. If they change the restaurant so everyone can eat then great, if not never mind. If it's like a wedding where is not that good not to attend I'll eat before going and once there just eat some peanuts. Food in weddings is not good anyway (always ending in so much waste) so better eat before going.

If I'm with other people I always suggest vegan restaurants first. If they agree to try they don't regret it because it's good food and if they feel like they are going to die because there was no meat, they can eat whatever they want going back home. If they don't want to go to a vegan restaurant then we just think of a place that everybody likes and has vegan options. There is so much food choice in china is impossible not to find places that fit for everybody.

But I also realize it's difficult to know what they use when cooking in most of the restaurants so it's impossible to be 100% vegan. But when I'm with other people I try to do this exception to not make it too complicated. When I'm alone I go most of the time to vegan restaurants or cook at home.

So in my opinion if you are vegan for ethical, health reasons then do what you think is right and don't bother what others say. You are not doing anything wrong and people should "admire" you for doing the right thing. And that's what happens most of the time anyway.

Here is a link to most of the vegan restaurants:
mp.weixin.qq.com/[...]

On Yuantong street (圆通街) very close to the zoo entrance and close to the temple entrance you have a vegan store than sells many kinds of frozen and not frozen vegan meat, snacks, sauces, etc. not very expensive.

Also on Yuantong street you go on the direction to the lake and just before going down the big hill you turn left on a small street that goes up. Around 200 meters up on the left you will see a small vegan store selling biscuits, small cakes and also some of that vegan meat. It's not amazing but very cheap and they have many stuff that I like.

And you can also check Taobao. Many vegan things there. Now you can find vegan cheese and vegan mayo.

Hope this was useful
Cheers

Forums > Living in Kunming > Don't get scammed like I did

seahorse62 by "Healthiest in the world" I meant around the 80' (or one of the healthiest). China was very poor but when consuming only potato, rice, wheat, vegetables, fruits, etc there was no cancers in China at that time (or very few).

Then milk products, meat, and BK & company started increasing in China and all the deceases with it.

That's just facts. Of course it's not all because of BK but because of this meat/dairy industry. We see it everywhere now in China.

Smoking is worse for health but at least you only fuck yourself, not environment and killing billions of animals every year like meat industry does.

More rubbish food.
A country that once was one of the healthiest in the world is now following the Made in USA path.

All sorts of illnesses that China never had some years ago. Most of it comes from this kind of food and dairy.

In august 2012 I will take a group of 4 people there. They are around 50 years-old and they want to know if it's possible to do a 2-day trek.

Is it too hard for their age? (they did some trek before but not experts)
Is there an easier trail?

Better to stay overnight in some guesthouse?
August is it very rainy there? is it dangerous because of the rain?

Thanks for your help! 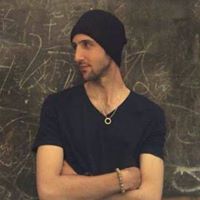 The name of the restaurant is "Xianghaiyue Vegetarian Restaurant" but it's vegan. All the staff is vegan too.

Soon the restaurant will have a menu with pictures of all the dishes.