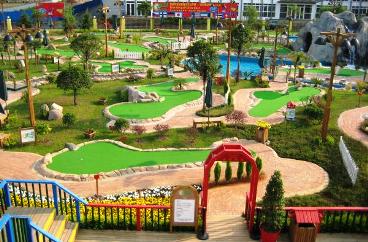 Kunming is known for being one of the top golf cities in China, but it is also soon to make a name for itself as the center of minigolf in China.

From May 8 to 10, the China Open minigolf tournament will be held in Kunming at the Haigeng Olympic training facility, which is also home to China's largest minigolf course, owned and operated by Hello! Minigolf. The company's Haigeng facility is also home of the Chinese national minigolf team.

Competition will take place on May 9 and 10 on Hello! Haigeng's fun course and challenge course, with a total of 25,000 yuan in cash prizes up for grabs.

"We are very excited to be hosting the tournament here in Kunming," Mike Medcalf of Hello! Minigolf told GoKunming. 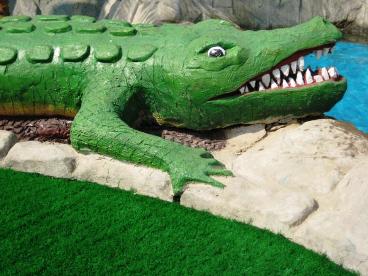 "Not only is Hello! Haigeng Minigolf the first place in China to really bring the complete experience of minigolf to the public, but also the venue of the first Minigolf China Open Tournament in history. The open is both international and local, and we are honored to be hosting."

The tournament will feature professional and amateur competitions, both of which will be divided into three age groups: 6 to 13 years, 13 to 59 years and 60 and older. Amateur competitors will be charged a 188 yuan entrance fee.

Are contestants required to achieve a minimum blood alcohol percentage before they tee off?

"The 2009 China Open tournament will feature top minigolfers from more than 20 countries",, wow. Are they gonna sign autographs after the matches? I've always been a big fan of totally unknown people's autographs. I am a regular stalker at curling and bowls tourneys all over the world. How about a game of Surf Lifesaving: Combining the grace and beauty of watersports with the thrill of cardiac arrest since 1998.

That said the course does look rather mesmerizing,, I might give it a go at some point but I'm not gonna call myself an athlete for doing so.

I am the biggest bender around. Don't even try to compete with me. I'm not gonna call you an athlete either.

Wow! Now maybe Haigeng Minigolf will actually get a customer to play their golf!